Novice and expert alike, we are all prone to making mistakes in investing and speculation, which can be quite costly. Alexander Carl ran down some more common errors to avoid, and weighed in with the community to hear their insights.

One subject he covered was that of opportunity cost:

We all have a limited amount of time allotted for Magic, and using that time to execute onerous, low-margin trades is a waste when you could instead be playing matches or brewing decks. Arbitrage (finding a buyer paying more for a card than another seller is selling it for) is a surefire way to make money, but at the cost of your scarce time.

Sometimes we are not losing money, but we are losing money relative to what we could be making if our tix were invested elsewhere. This is a classic definition of opportunity costs.

Sylvain Lehoux shared his strategy for investing in core set rares, backed by solid data from last year's M14. Analyzing what all the gainers in M14 had in common, Sylvain arrived at a strong set of metrics to determine what rares to buy out of any given core set.

Another very interesting fact about these eleven M14 rares is that, according to MTG Goldfish graphs, all of them, with the exception of Tidebinder Mage, never touched the bulk rare value of 0.05 Tix before Theros release, Imposing Sovereign being the cheapest at 0.2 Tix by the end of August. Only Ogre Battledriver didn’t reach 0.05 Tix before October 2013 and finally finished as a bulk rare.

Reapplying the metrics to M14, Sylvain explains the outcome you might expect if you followed his formula:

Applying this strategy retroactively to M14 rares, you would have picked ten winners and only one loser (Ogre Battledriver). You would have also missed Tidebinder Mage. Overall, it would have been largely beneficial.

Ryan Overturf has been playing a lot of Vintage. Last week he wrote about one of the key control decks in the format, Grixis Keeper, and his efforts to fine-tune the list. He walks us through his process and explains how new understanding of the format informed each change.

The singleton-esque nature of the deck adds a lot of play to Gifts, but also a lot of complexity. The card is so contextual that it’s hard to craft go-to piles outside of the aforementioned Vault-Key-Snap-Will and this disruption suite: 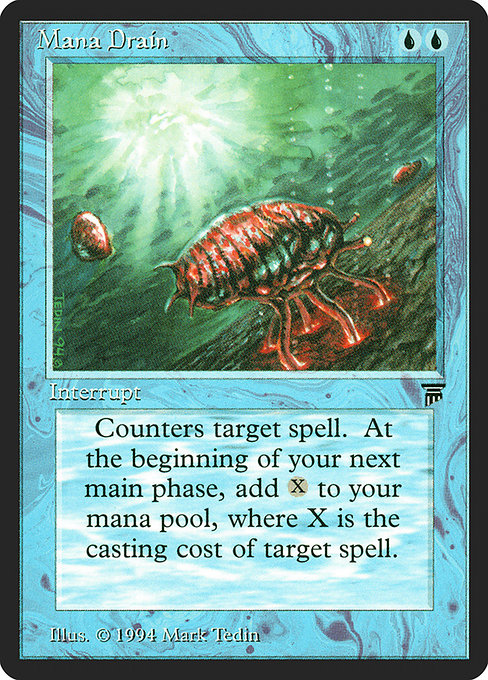 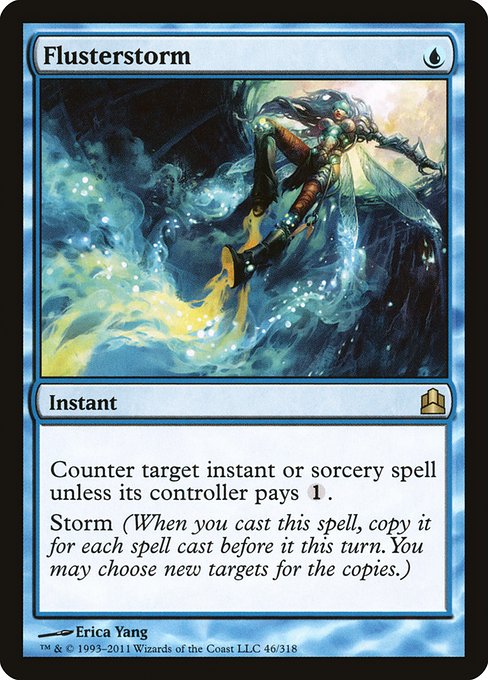 You can also just value Gifts for Ancestral Recall and… other cards. Probably Snapcaster Mage and Yawgmoth’s Will.

There’s no card that challenges you to know your deck more than Gifts Ungiven, and my greatest recommendation on how to play the card is to practice extensively.

Sigmund Ausfresser dissected the big announcements from Wizards about all-Standard Pro Tours and the new PTQ system. He offers some anecdotes about how these changes affect people in the MTG community, but also touches on the financial ramifications:

As for impact on card prices, I don’t expect anything positive to come from this. The news will apply more downward pressure on a collection of cards that have already suffered in price. And if we do get more reprints and a Modern Masters II set next year, I can see even greater downward movement in prices. This may be a battle the MTG Finance community cannot win.

In the meantime, I’m going to continue to trim my Modern position. In reality, I have few Modern cards left in my collection as it is, but I certainly won’t be acquiring much more from Modern.

David Schumann applied some core principles of behavioral economics to MTG finance, to shed light on the ways our perceptions can obstruct good decision making when left unchecked.

The first person you walk up to and ask for said card will pull them out and then give you your total of $20, but your brain has previously affixed the price of $1 per card. You balk at the new price because so recently it was much cheaper. The $1 price is an anchor your brain has set in place and it will affect your evaluation of a card’s value until your brain accepts the new price and “sets” another anchor. The time it takes to set the new anchor will vary, but this are another example of the brain taking a shortcut when making a decision.

What’s interesting about price anchors is that they can actually cause you to bypass the most efficient “deal” because your brain values the “cost” at a much higher level of importance than other factors.

These psychological impulses can be hard to control, but awareness is the first step.

Lots of authors weighed in on the changes announced to the PT last week, and that included Danny Brown. He ran through the (enraged) response on Twitter and speculated as to other changes that may be impending.

As for Standard, perhaps this is an indication that there are going to be big shake-ups in the format with each new set released next year. We’re likely looking at a powerful block, which would make sense given Theros block’s relative lack of power. I’d be surprised if we saw another Dragon’s Maze or Born of the Gods next year—the complaints about a stale Standard would be deafening.

It could also indicate that WOTC is intending to be more liberal with bannings in Standard. This is questionable, since historically they’ve hated doing such a thing, but it is a possibility. If this turns out to be the case, we’ll want to diversify our holdings and not go too deep on any one spec. And if we do, we want to sell as soon as profit is realized, just in case.

Of course he didn't fail to recommend a few pickups in all this, to prepare for rotation and the release of the first wedge set, Khans of Tarkir.

Jason Alt dove headfirst into the bizarre world of Alternate Fourth Edition and Summer Magic, to tell you everything you wanted (and didn't want) to know about these ultra-rare sets. With characteristic humor and irreverence, he explained how to recognize these oddities, and why many people may not even know they have them in their possession...

Someone at Wizards, probably because his first job was at Atari in the 80s, said, “These are the worst. Bury them in the @$&*ing desert.” The rest is history.

Alternate Fourth Edition is worth between two and ten times what regular Fourth Edition is worth, depending on the card. If you see Fourth Edition cards in binders and the front coloration looks odd, flip them over and check the tip of the A. Just say you’re checking condition if you don’t want the person to think they have something that’s rarer than it really is and make them not want to trade it until they know what it’s worth.

Mike Lanigan surveyed the Pro Tour coverage for interesting and novel deck lists, and turned up quite a few. While not all these decks preformed at the same tier as Mono-Black and U/W Control, they did exhibit the power of several M15 cards, which may greatly impact the metagame after rotation shakes things up.

The strength of this deck is its speed. With a whopping 23 one-drop creatures and onlyRaise the Alarm as the other creature producer, it’s easy to see how fast this deck can be. Most aggressive decks that came before this loved it when they curved a one-drop into two one-drops. With this deck, that is an average draw you should get most of the time.

It might seem obvious, but the metagame can easily adjust to this strategy by playing moreAnger of the Gods and Drown in Sorrow. Obelisk of Urd can prevent your opponent from wiping your board, but if you don’t get it in play on turn three, you might be in a lot of trouble.

Mike also covered a bevy of cards that changed prices because of PT results, and discusses their likely trajectories in the near term.

Corbin Hosler also plumbed the Pro Tour results for information of financial relevance. He went through each of the major archetypes and began by asking what cards they lose at rotation. From there, he discussed their overall viability post-rotation and highlighted the cards to watch as we move into fall.

Lots of key pieces including Voice of Resurgence and Ajani, Caller of the Pride leave, but there are some powerful ones left moving into next season. Namely, the core of Sunblade Elf, Soldier of the Pantheon, Fleecemane Lion, Boon Satyr and Banishing Light are enough pieces to conceivably rebuild from the ground up.

Of these, it may oddly be an uncommon with the most upside. I always said Banishing Light would be at least $2, and it’s currently sitting a little above that. Realistically the best window was when I talked about grabbing these at the Journey into Nyx prerelease, but honestly trading for them at $1.50-2 doesn’t seem like the worst idea.

They certainly won’t come down until the inevitable reprint, and if that reprint isn’t in Khansthey will have a nice little upside given how desirable they are.

Scott Fielder shares his experiences playing Vintage in two quite disparate environments, both of which he recently tried for the first time. One was the MTGO Vintage queues, and the other the highly-skilled draft format, Vintage Rotisserie:

Looking back on the draft, if I was in the first seat I would have taken Ancestral Recall. My reasoning is that blue is obviously a very strong color to be in with access to all Vintage-legal cards, and there is a ton of fast mana available beyond the moxen.  Even if most of the fast mana is gone by the time it gets back to you, picking up Time Walk and Snapcaster Mage on the wheel is a great place to be.

I ended up in U/R, taking Ancestral Recall with the second pick in the draft, and in terms of my experience in the second seat, I would venture to say that being on the wheel is a good place to be.  When you are on the wheel you are free to take two-card combos without fear of somebody else taking one of your pieces.

Adam Yurchick provided a road map for approaching new Fall Standard formats. Understanding the key components from the previous block and core set will give you a serious competitive edge when building in the new environment.

He also applied the information we have about Khans to further hypothesize what will matter:

The move towards multi-color certainly hurts devotion, which is currently the most dominant synergistic strategy in Standard. It’s clear Mono Blue Devotion is going to be pushed from the format unless a new crop of quality devotion-enabling creatures are printed. The power cards of the archetype remain, but there is a distinct lack of quality blue creatures up the curve.

Aggressive red decks seem to have a lot of tools, and, with just a little more help from the next set, it could be a competitive deck. It’s a common theme for proactive and consistent aggressive red decks to be an early frontrunner in a freshly-rotated Standard format, and this year will be no exception.