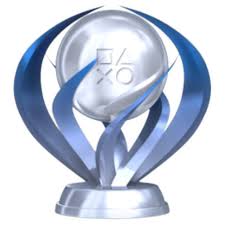 My goals with regards to Magic are pretty simple: win as much as I can. I'm not in a location where I get to play in a lot of large, competitive events, but I still take the game seriously and want to win my booster drafts and FNMs. Every time a new format comes out, winning remains the primary goal.

That said, the whole point of playing Magic is for fun, right? Given that assumption, I like to establish some additional, in-game goals for myself to try to achieve while a set is current. My goals for Khans of Tarkir are as follows:

Back when I primarily played video games, I loved earning trophies on the PS3. This is basically my personal trophy system for Khans of Tarkir Limited. These all seem like fun achievements to reach over the next few months. I could have added things like taking an extra turn with Ugin's Nexus, but the goals I like to set are ones that go along with winning as much as possible—something that won't happen if I'm trying to jam cards like Ugin's Nexus.

Not reaching these goals certainly won't ruin the format for me. Some of these cards may end up unplayable, which will mean that I'll abandon those goals rather than trying to jam something bad into a deck. I wanted to pull off the Chromanticore deck last year, but it never happened. Who cares? The point is to win, have fun (those two are closely aligned in my book), and do cool stuff. If I only manage two out of the three, I'll easily prioritize the first two, but it never hurts to shoot for something more.

Do you specify what kind of big plays you'd like to achieve in a new format? What kind of stuff are you looking to do in Khans of Tarkir?