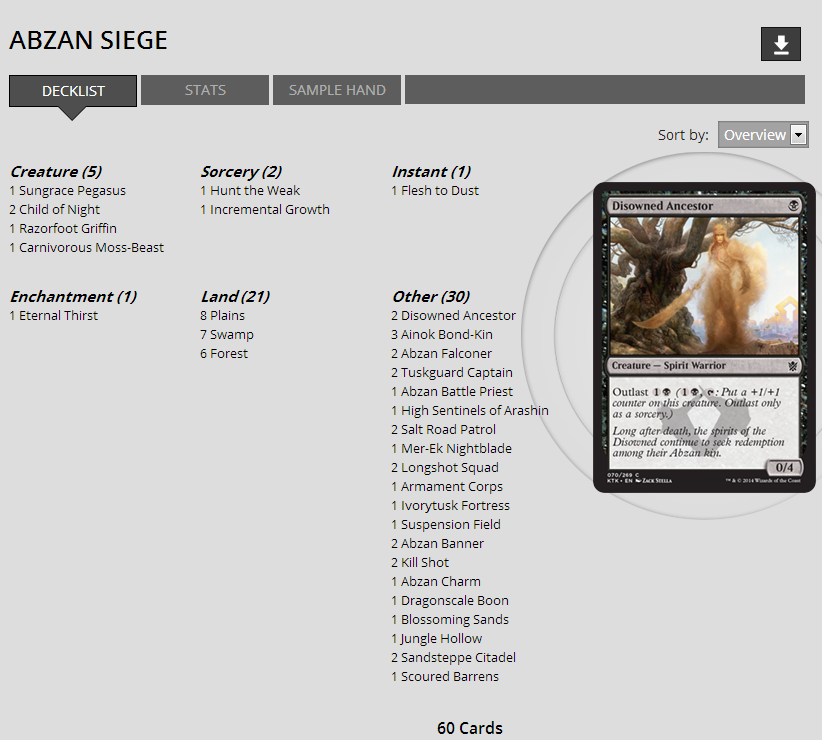 When I suggested that the Daily MTG website could use a revamp of its decklists, I was suggesting that WOTC make improvements to its content layout. Instead, yesterday we got Intro Pack decklists posted that look like this: 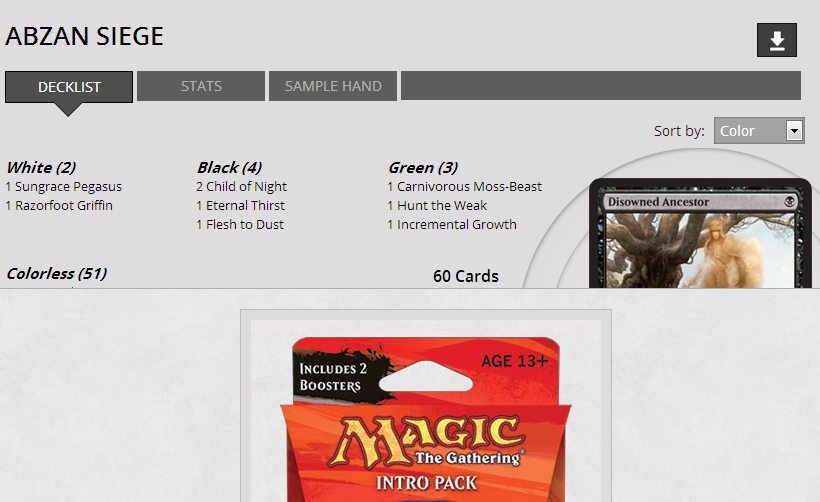 Hmm, that's interesting. I would be surprised if a three-color set featured an intro pack with 51 colorless cards, but I can't know for sure what's going on because everything is cut off. Maybe sorting by mana cost will be an improvement. 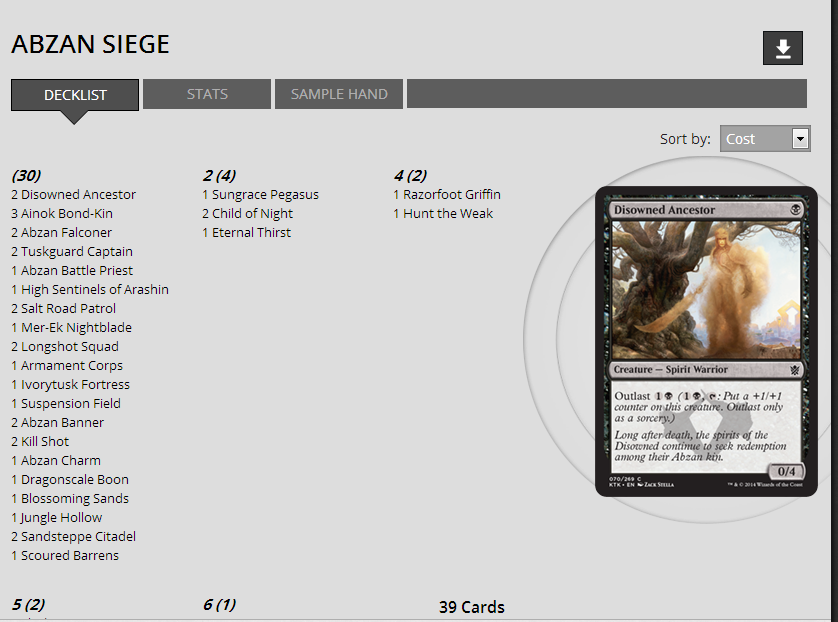 Well, that's an improvement in that we can see more card names, but it's still cut off and this still makes no sense whatsoever. One last attempt to make sense of this decklist. Let's sort by rarity:

Apparently this intro pack has no rares. And again, the list of cards is weirdly cut off.

Look, I've posted articles here at Quiet Speculation with errors before. As editor of Brainstorm Brewery, I've published decklists that were broken, and have sometimes failed to catch it right away. Occasionally, errors will sit for 24 hours or more before I'm able to update. I understand as well as anybody that mistakes happen—and that they're not the end of the world.

But the difference here is that Daily MTG is a commercial website, backed by the corporate behemoth of Hasbro, staffed by multiple full-time employees, with a worldwide presence, representing a groundbreaking game that dominates its industry and has done so for more than 20 years. I write for QS and edit for BSB as a hobby, but I still take pride in the work I do for these sites. Presumably folks at WOTC consider their jobs careers, but for over 24 hours now, we've had these ridiculously broken decklists sitting there, being useless.

My plan for today was to list the rares in these decks for you so you could be aware of extra printings of cards when considering speculation targets. But all of the "other" cards in the decklists above are not linked, and frankly, I don't have the time and patience to type the name of every unlinked card into Gatherer just to find which of these cards are rare, especially since they're virtually guaranteed to be undesirable bulk anyway.

Pointing out the apparently endless list of shortcomings related to Daily MTG and MTGO has become a bit of a recurring topic in the MTG community lately, and that's because they really are that bad. Errors happen. They're acceptable. They (hopefully) don't hurt anybody. But consistently broken products that perform several tiers below their still-not-stellar predecessors are not acceptable. Magic is my favorite game, and its design has been consistently fantastic for years. But the business practices of Wizards of the Coast combined with the frustrating auxiliary products related to MTG are not even close to adequate. I think Matt Sperling said it best:

Even though it would absolutely devastate me to see the game I love headed down the drain, if these people had this big of a golden goose and could only manage to try over and over to strangle it, why should I root for them?

7 thoughts on “These Intro Pack Decklists are an Embarrassment”