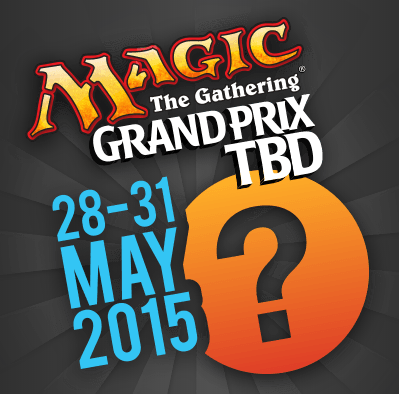 The first Modern Masters was announced at Pro Tour Return to Ravnica in a special segment with Aaron Forsythe. The following Monday, "Modern Masters Explained" was published. The date was October 22, 2012.

I very much expected that we would get the announcement of Modern Masters 2 at Pro Tour Khans of Tarkir. I do believe the set  is coming, and am kind of surprised we haven't heard about it yet.

Then again, Wizards of the Coast was obviously scared of another Chronicles fiasco back in 2012, and one could see the team deciding to make the announcement early in order to let people sell their cards if they wanted to. Since Modern Masters was such a huge success, WOTC may not feel that as early an announcement is necessary (and they're probably right about that).

For what it's worth, Conspiracy was announced on February 14 of this year, and assuming the products fill the same slot, maybe we'll be forced to wait until next year for the official announcement. Of course, Planechase (2012 edition) was announced in November 2011, so who even knows at this point? WOTC is generally extremely consistent with the timing of announcements for expert sets, but supplemental products seem to have different priorities.

In any case, #GPTBD is now a thing, and though the location hasn't yet been confirmed, it's pretty clear it will be in the western half of the country, given the TOs:

So: how long do you think it will be before Modern Masters 2 is announced?