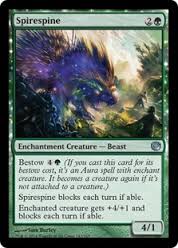 I was doing research for an article (a thing I do sometimes) and while I was trying to figure out what the current flashback draft format was, I came across a website that I wasn't aware existed.

Now, if I played Magic Online, I would likely have been all over this already. Or not, I guess. I mean, this entire article is predicated on you not necessarily knowing about it, otherwise it would be worthless to point it out to you. OK, so even if I played more Magic Online, I probably wouldn't be all over this and I would be super eternally grateful to whomever showed it to me. There. Anyway, the point is, I never liked MODO that much, and then they made it worse.

How much worse, I pretend you ask? Well, Version 4 is responsible for this dandy little bug. 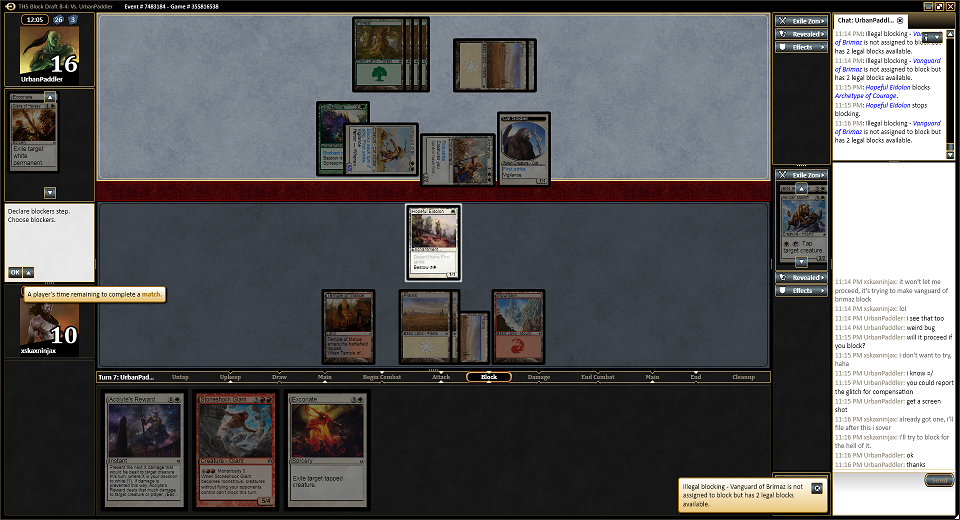 Most of you are aware of it; if your opponent bestows Spirespine onto a creature and attacks, it tries to make you block with tapped creatures and wigs the game out and then you get drunk.

You may think Worth and company is entirely unaware of the problem due to their inability to get it fixed expeditiously. You'd be wrong, oh, you'd be dead wrong. They're on top of it.

During last week's downtime, we deployed a fix to address the Spirespine illegal blocker error on Magic Online. We've discovered that, while the issue is no longer occurring in most situations, there are still edge cases where the illegal blocker error is preventing games from progressing. We are currently investigating further and are planning to deploy a fix during the Wednesday, October 22, downtime that should eliminate the issue completely.

See? They're all over it! They plan to have the issue, an issue stemming from a card from a card from Journey into Nyx (and not Khans of Tarkir or M15) fixed a mere month from now. It's almost like they're TOO GOOD at their jobs.

So, rest easy, folks. Help is on the way. If you'd like to be on top of these developments in the future, the page I linked is updated regularly so you can cruise over there at regular intervals to check out what's being drafted, what products are phasing out of the store and why they haven't fixed the Spirespine bug yet.