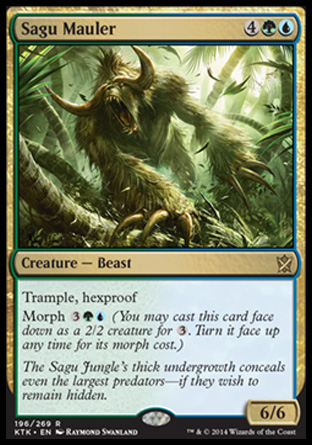 How well do you know the morphs of Khans of Tarkir? Try out the following quiz and see if you can figure out what your opponents are up to. The answer key can be found at the bottom of this article.

1. You have a face-down Sagu Mauler, and just enough mana to flip it. Your opponent has a face-down morph, as well, with zero cards in hand. He is playing a Temur deck and has UURRGG up. There's no way you can lose this combat if you attack, right?

2. It's your turn, and you have a Throttle in hand that you can cast. Your opponent is playing Sultai and is tapped out, with a single morph on board. What's the worst thing that can happen if you pull the trigger on your Throttle right now? 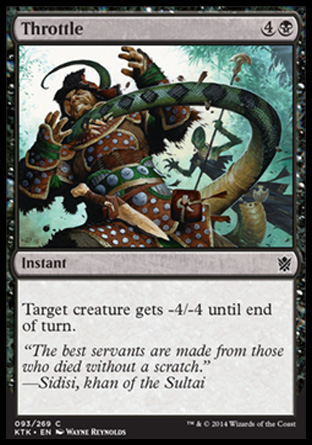 3. You tapped out last turn to play Riverwheel Aerialists, and now your Mardu opponent is attacking you with a morph. She has WRBB up and no cards in hand. Is there any reason you shouldn't block? 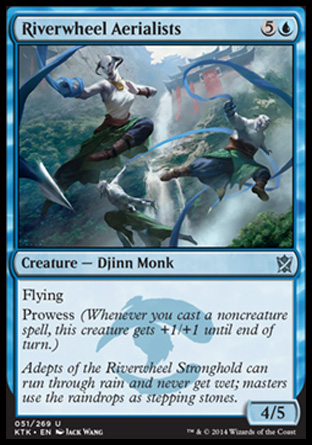 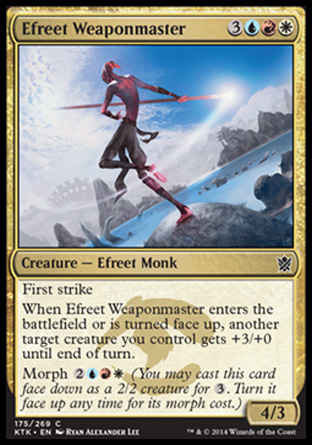 5. You and your opponent are both at four life. You just attacked and have no untapped creatures. Her creatures, a face-down morph and a Wingmate Roc token, are also tapped. You're dead to her crack back, but you have Arrow Storm in hand and the mana to cast it. What's the correct target?

I've thought through a number of scenarios here and have tried to cover for contingencies, but I am well aware that I'm not perfect and that alternate answers to these questions may exist. If you have another answer that works, I'd love to hear it in the comments section.

1. You thought you couldn't lose that combat, but that was silly, because your opponent was clearly representing what is probably the best common morph in the set: 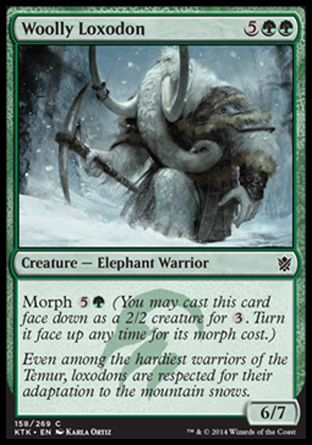 2. If you cast Throttle here, not much can go wrong. The worst thing that can happen is that your opponent reveals a blue card and turns this face up: 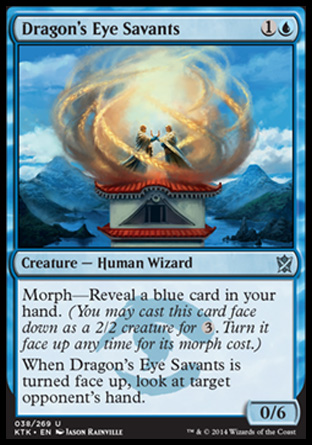 3. I mean, if you want to trade for Canyon Lurkers to preserve your life total, blocking could be okay. In general, though, I don't expect that's a trade you'd like to make. 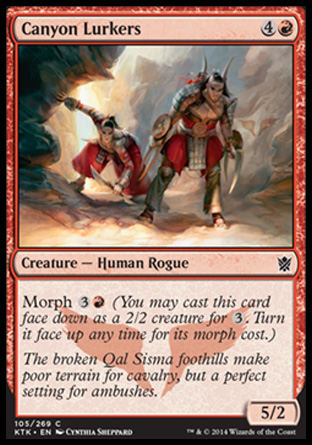 4. You would just win, except for the fact that your opponent flipped her Ponyback Brigade, blocked both your attackers, and cracked back for the victory. 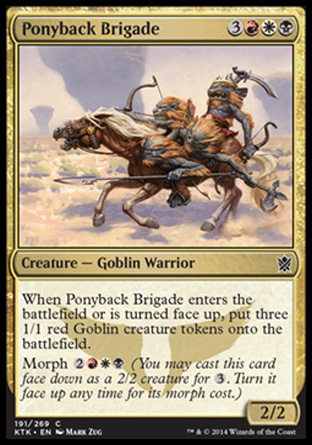 5. You could target your opponent's face here, but would be disappointed to find her revealing a white card to turn Watcher of the Roost face up, putting her at one life after your Arrow Storm resolved. Ouch. 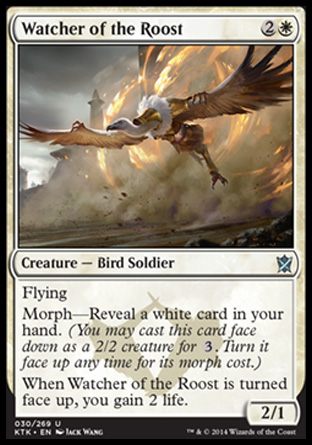 This last one is tough, though. If you target the Wingmate Roc token and depend on your next attack to kill your opponent, she could turn a four-or-more-power morph face up and just win. Unless you had seen Watcher of the Roost and had reason to believe this morph might be it, targeting the opponent's face here is still probably the right play—even if it does just lose. What do you think?

I hope this was enjoyable and that I didn't blatantly miss some obvious alternate answers. If I did, I trust you'll let me know.

18 thoughts on “The Morph Quiz”