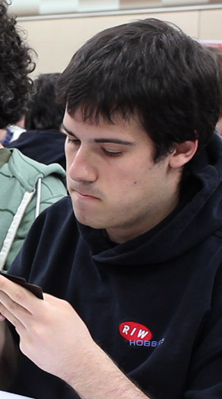 I was pretty sure I put the "Is Ari Lax a douchebag?" issue to bed with a comprehensive article on the subject.

You can watch the video, fast forwarded to the relevant part here

While he didn't come out and say "you're all bad at Magic" he did imply that the way a majority of people who think they're better at Magic than they are use Brainstorm is wrong. He also talked about walking out of a playstesting session with someone who used Brainstorm incorrectly, implying that this would cause him to win games for no reason and therefore the testing session had no merit.

Can we lay off of Ari Lax? It isn't just reddit doing it; I've seen some snarkiness on facebook and twitter since this video went up and it's old. If it were just reddit, I wouldn't care because reddit is famous for being knee-jerk reactionaries. In an article about a year ago written by Brian Kibler, someone in the comments section said something really dumb to the effect of "Well, I don't understand why you're not including X card" and, uncharacteristically, Kibler replied, pithily, "Well, fortunately I DO understand" and reddit formed their characteristic lynch mob to burn Kibler in effigy - that is until Kibler began commenting in the thread. Within a few minutes, Kibler's responses were the number one upvoted comments in the thread and people were lining up to tell him how much they've always respected him.

Or maybe we should get off of Ari's back. Is Ari arrogant? Yeah, a little bit. Being really good at Magic and having that disposition will do that to you. But everyone has their BS threshold, and just because someone wasting his time in a testing game by playing Brainstorm like a scrub is below Ari's doesn't mean he needs to be pilloried every time he shares a story about someone wasting his time in testing.

The reddit thread was titled "There's [sic] the Reid Duke's [sic] of the world, and then there are the Ari Lax's [sic]". Maybe if we spend a little less time calling someone a "douchenozzle" because their attitude hurt our feewings and more time listening to someone who is better at Magic than we are then we won't keep playing Brainstorm EOT. If you won't listen to a lesson someone is trying to teach you because you don't like them as a person, you don't deserve to get better.

7 thoughts on “The “We Hate Ari Lax” Bandwagon Keeps Rolling”