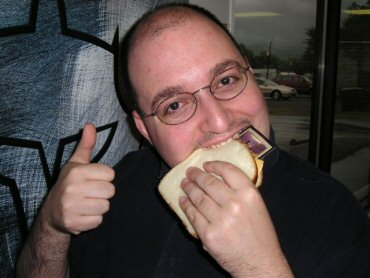 Today on Reddit, someone asked a pretty decent question, I thought.

/u/SleetTheFox asked about the rarity of various cards. It seemed like a decent thought exercise, so I started thinking about it. The original thread is here.

I'm not talking about value, or demand, or anything, but I've been curious about what card of mine is rarest. As in, there's the fewest cards of this variety in existence, even if it's useless and unwanted. I've found a few potential candidates, but I'm not sure how big the print runs were compared to one another. Could anyone advise?
Disclaimer: To avoid coming across as bragging about my cards, I've only shared the information about them that is relevant to rarity. For what it's worth, most of these actually are pretty unexciting, they're just old/high rarity/foil/etc. so there might not be many of them out there.
Candidates:
A common from Alpha
A Russian common from Theros
A Portuguese basic land from Tempest
A Japanese common from Invasion
A rare from Revised
A foil rare from Mirrodin
A mythic rare from Conflux
A foil mythic rare from Scars of Mirrodin
A judge promo from 2010
A Grand Prix promo from 2012
A From the Vaults: Exiled card
A card that's a 2-of in the original Duel Decks: Elves vs. Goblins
A card that's a 1-of in the original Duel Decks: Jace vs. Chandra

This is relatively tough. I got to work ruling a few things out just by seeing if it was obviously more common than anything else on the list. Jace vs. Chandra cards were bound to be more common than Elves vs. Goblins cards, for example, so that precluded them being the rarest on the list. In this way, I cut the list in half simply by using some logic. In the end, I needn't have bothered. I scrolled down and saw that my small amount of work was for naught, because it was a slow day at Star City Games yesterday.

Ben Bleiweiss swooped in like some sort of card-slining Batman to answer the riddle. What sort of Batman would sling cards? One crossed with Gambit, I guess, which would make a teenaged boy in the '90s head EXPLODE. Anyway, Bleiweiss laid down the law.

If you want to try and figure it out yourself, don't peek. I'll leave some space to hide the answer. Scroll down to see what Ben came up with.

This is a really interesting question, and one I can give an informed answer to!
Back in the day, Wizards released their print run information http://crystalkeep.com/magic/misc/rarity-info.php[1] So there's two items on your list we have concrete numbers on: (The numbers provided are for any individual card; ie, there are 16,000 of EACH Alpha Common, not ALL Alpha Commons added together)
ALPHA COMMON: 16,000 print run REVISED RARE: 289,000 print run
So in order to figure out the rest, we just need to extrapolate how many copies of each one would have to be printed in order to see if any are rarer than an Alpha Common.
RUSSIAN THEROS COMMON: 101 Commons in Theros. Any given pack has 10 Commons, so you need to open 10.1 packs to get any one given common. 16,000 Commons represents 161,600 boosters of product, or 4488 Booster Boxes of product. Based on the boxes offered to US stores from WOTC direct, there are more than 4488 Booster Boxes of Russian Theros that were printed.
PORTUGUESE BASIC LAND FROM TEMPEST: There were 3.5 million of each picture of each basic land printed for Ice Age (English) and 6.2 Million of each picture of each basic land for 4th Edition (English). If Portuguese had 1% of the ENglish print run, we're looking at likely 2 million of each basic land (English Tempest), which would be 20,000 of each picture of each Portuguese basic land - and that's likely a super-low estimate. Alpha Common is still rarer.
JAPANESE COMMON FROM INVASION: See Russian Theros. Japanese is more widely printed than Russian (even back then), so I'm confident saying that a Japanese Invasion common has a significantly higher print run than an Alpha common.
FOIL MIRRODIN RARE: There are 88 Rares in Mirrodin. Assume that you need to open up 88 boxes of Mirrodin product to get one of each Foil rare. 16,000 copies of a Mirrodin Foil Rare would represent 1,408,000 boxes of product. According to Crystal Keep, there were 400,000,000 total rares printed in the entire Ice Age print run - With 36 packs a box, this represents 1,111,111 boxes of product.
Was the print run of Mirrodin smaller or larger than Ice Age? My guess would be smaller (Ice Age was a very overprinted set for the time), but this is one I don't know definitively. I think that in this case, a MIRRODIN FOIL RARE is about as rare as an ALPHA COMMON.
MYTHIC RARE FROM CONFLUX: There were 10 Mythic Rares in Conflux. You'd need to open 80 booster packs to get any one Mythic Rare. To get 16,000 copies of a Conflux Mythic Rare, you'd need to open 35,555 Booster Boxes of product. This is MORE COMMON than an ALPHA COMMON>
FOIL MYTHIC RARE FROM SCARS: Starting at Zendikar, sales of Magic product started exploding. The print run of newer sets are probably beyond the old Ice Age figures at this point. There are 15 Mythic Rares in Scars of Mirrodin. You'd need to open approximately 121 booster boxes to get one of each FOIL Mythic Rare. This represents 1,815,000 Booster Boxes. My guess is that because of the growth of Magic, this is probably SLIGHTLY MORE COMMON and an ALPHA COMMON
JUDGE PROMO FROM 2010: Assume a 20-to-1 player-to-judge ratio (to account for side events, etc). There were 22,351 players at Grand Prix events in 2010. This is 1117 judge packets given out. Back then, people would get 4 of each of the newest foils, 2 of the previous batch, and 1 each of the 2 oldest batches. So over the course of the year, let's assume that this represents 2 copies of each foil being given out. This would be 2,234 copies of each Judge FOil handed out through the GP circuit. Each person would then get a 4x packet for each judge level at a Pro Tour, which would probably account for another 1000+ copies given out through the Pro Tour that year. Other copies were given out through judge training programs, etc. In final estimate: There are probably between 10,000 and 20,000 copies of any given Judge Foil given out back then, but the number is probably closer to the former than the latter. I'm fine calling it 15,000 copies. (They may have printed 20,000 copies, but nowhere near that number should have been given out).
GRAND PRIX PROMO FROM 2012: 13,516 people played in Grand Prix events in 2012. The print run was probably around 20,000 to 25,000 to make sure all events were covered. Plus, some staff and judges were given GP Foils at some events. I'd feel comfortable putting this number at around 20,000.
FTV: Exiled: Average FNM store got 8 of these. There are approximately 3000-5000 stores worldwide that run FNM (hard to get an exact number, but it's in there). They also used these as side event prizes at large events (Like GPs) so there are probably between 50,000 and 100,000 copies of FTV: Exiled out there.
A CARD THAT IS 2x FROM ELVES VS. GOBLINS: There were more than 8,000 Elves Vs. Goblins sets printed.
A CARD THAT IS 1x FROM CHANDRA VS. JACE: There were more than 16,000 Jace vs. Chandra decks printed.
So to sum up, my educated guess, from RAREST TO LEAST RARE
---RAREST---
JUDGE PROMO FROM 2010
FOIL MIRRODIN RARE
ALPHA COMMON
FOIL MYTHIC RARE FROM SCARS
GRAND PRIX PROMO FROM 2012
1x DD: JACE VS. CHANDRA CARD
2x DD: ELVES VS. GOBLINS CARD
FTV: EXILED
MYTHIC RARE FROM CONFLUX
REVISED RARE
RUSSIAN THEROS COMMON
PORTUGUESE TEMPEST BASIC LAND
JAPANESE INVASION COMMON
---LEAST RARE----

Did you get it right? There were a few surprises for me; I expected Scars and Conflux to be closer together and both more common than FTV: Exiled, for example. How did you do?

4 thoughts on “Ben Bleiweiss’ One Weakness”