I don't play a lot of Constructed, but when I do, I almost exclusively play aggro. At the same time, I consider myself a blue mage who prefers control decks. How can both of these facts be true? 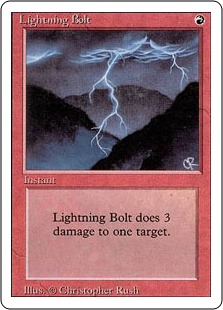 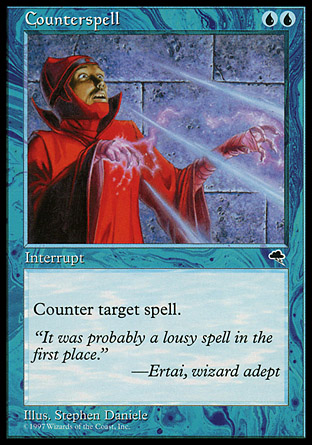 First, I place a lot of importance on being done with rounds quickly. I want to be able to eat, trade, use the bathroom, check Twitter, and buylist cards. I enjoy playing long, grindy games of Magic, and my Cube decklists (besides the occasional mono-red build) will most certainly testify to that fact. But if I'm playing paper Magic, in a multi-round event, I don't want to play long, grindy games for every game of the day. That gets tiring.

Second, like I said, I don't play a lot of Constructed. I watch coverage and enjoy other Constructed content, but I don't play much of it myself. This means that I simply don't know individual metagames well enough to tune a control list to perfection. Aggressive decks, though, use largely interchangeable cards with the goal of killing the opponent quickly. Building a deck with a tight curve and efficient removal is something common to nearly all formats.

Third, aggro decks are generally less expensive than control decks. If I'm serious about a deck, I won't let finances stop me from playing it, but the fact is that the vast majority of Constructed events I play are one-ofs, meaning I'm playing a deck only one time before taking it apart. In these cases, I prefer to keep my costs as low as possible.

Finally, the longer a game goes, the more likely I am to screw something up. I'm comfortable with this if I know a format, but when it's a format I've tested too little, I am all about ending the game quickly. This ties back into my first two points: I want time between rounds, and I want to minimize my lack of knowledge of a format.

So that's why I always play aggro, even though it's not necessarily my preferred choice. Do you let outside factors affect your deck choice for events, or do you prefer to go with your preferred playstyle no matter the consequences?

Here's the very aggressive and pretty budget-friendly decklist with which I wont my store's Magic 2013 Game Day. I'm still reliving the glory of this victory, more than two years later.

One thought on “The Downside of Playing Control”