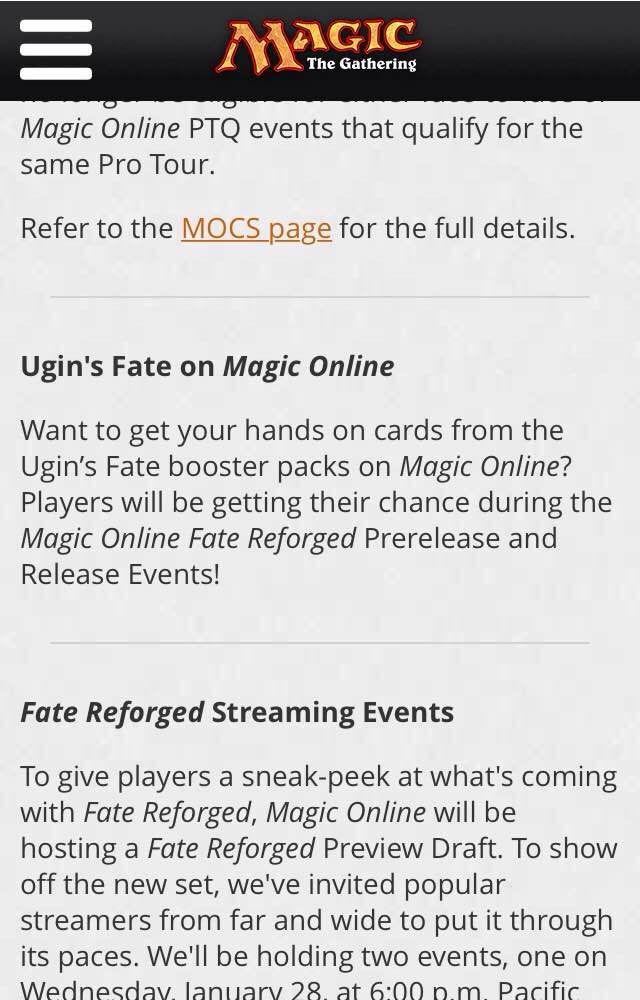 Corbin touched briefly on the fact that Magic Online prerelease and release events haven't been including Ugin, the Spirit Dragon among the promotional cards available to players. What he didn't mention was how angry people are about it.

For context, here's what Wizards of the Coast originally stated regarding the Ugin's Fate cards:

When players started wondering why the heck no one seemed to be getting any Ugins, Wizards clarified: 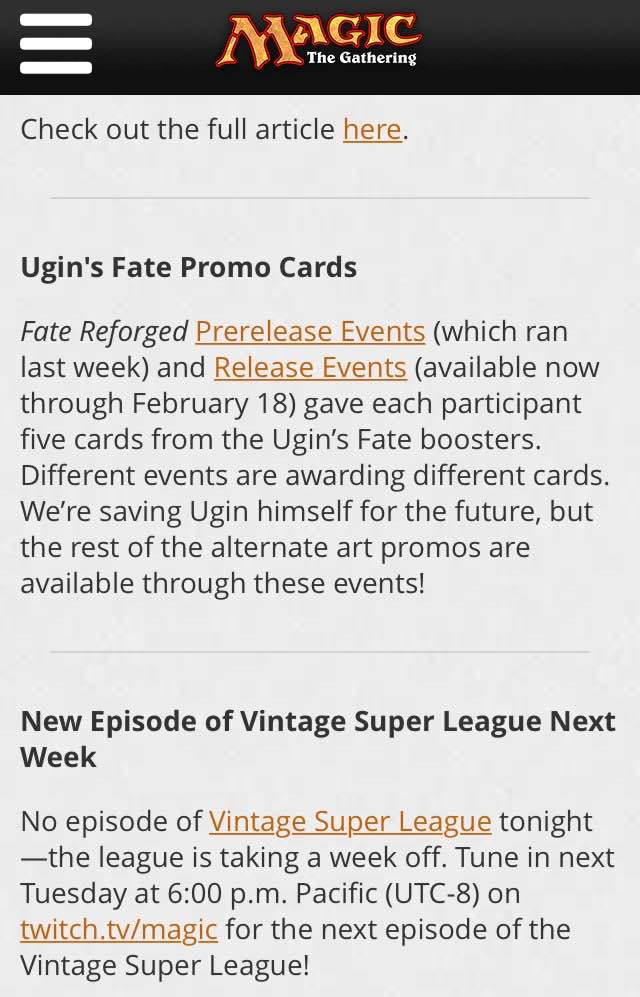 You don't have to be a genius to see how that was going to turn out. 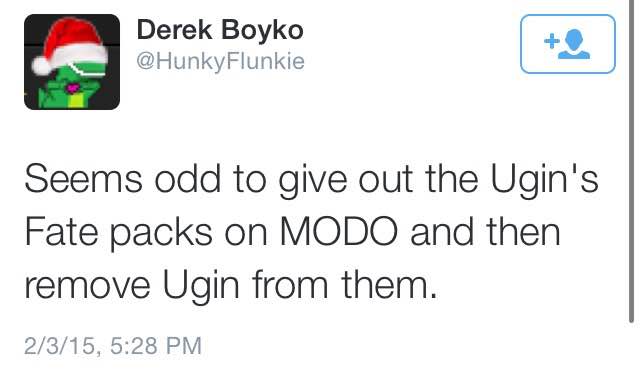 To say the least! Others weren't so kind. 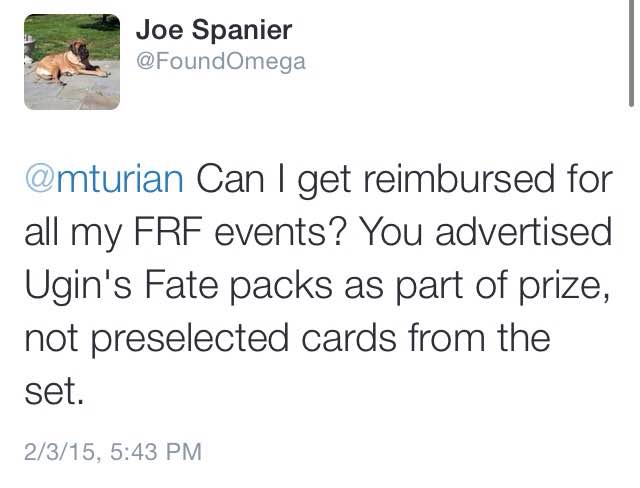 Mike Turian (Digital Product Manager for Magic Online), by the way, asked Spanier to show him "where they said that," because playing dumb is apparently the MTGO customer service model.

Evan Erwin thinks that this can be fixed: 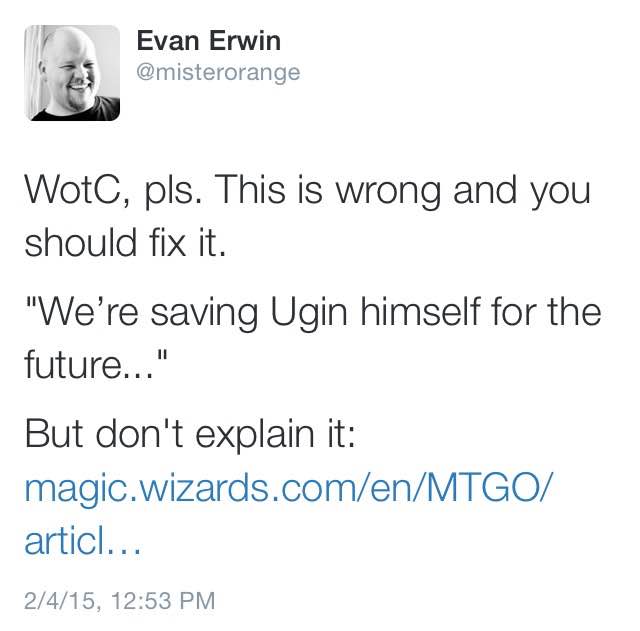 The thing is, how do you fix it? Wizards isn't about to reimburse all the events that took place before the clarified announcement, and there's no way everyone who played one is going to get a free Ugin after the fact. [Update: Wizards has opted to give random players copies of Ugin based on the number of queues they played. A player's likelihood to get an Ugin is the same as if he or she opened a paper Ugin's Fate pack.]   If players were indeed swayed to play in events they otherwise might have skipped, this is downright deceptive, as many are saying: 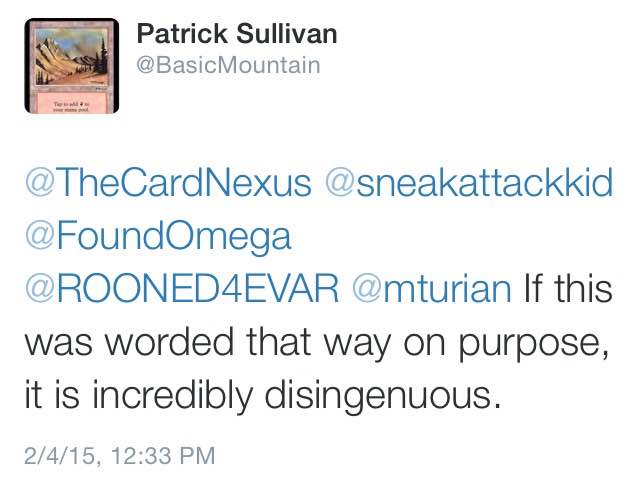 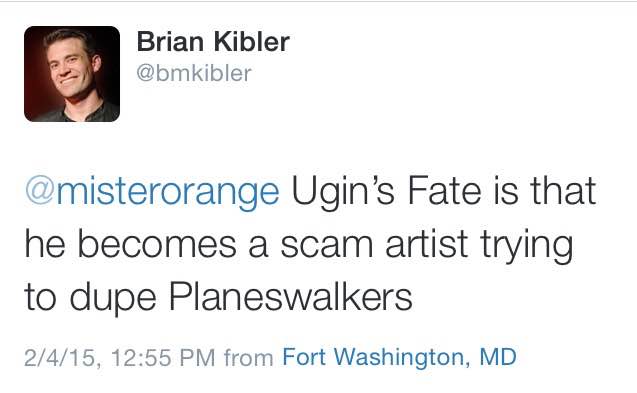 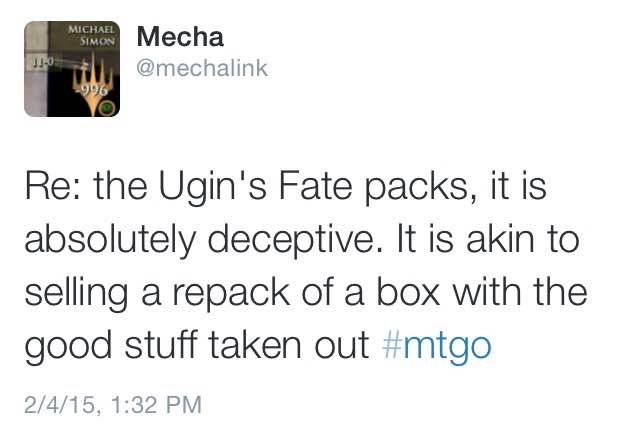 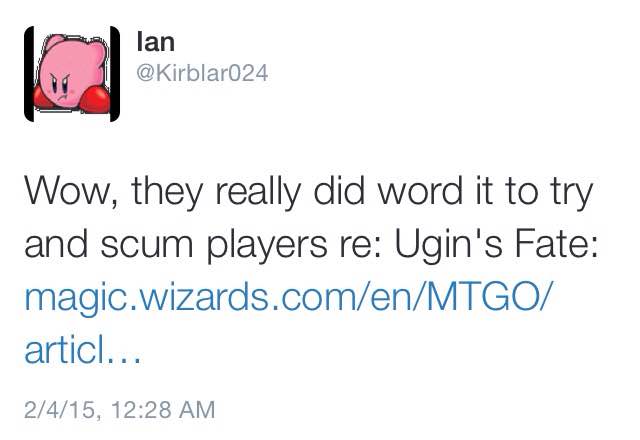 Arthur Halavais took a more leveled approach, giving Wizards the benefit of the doubt by assuming it was just a messaging error: 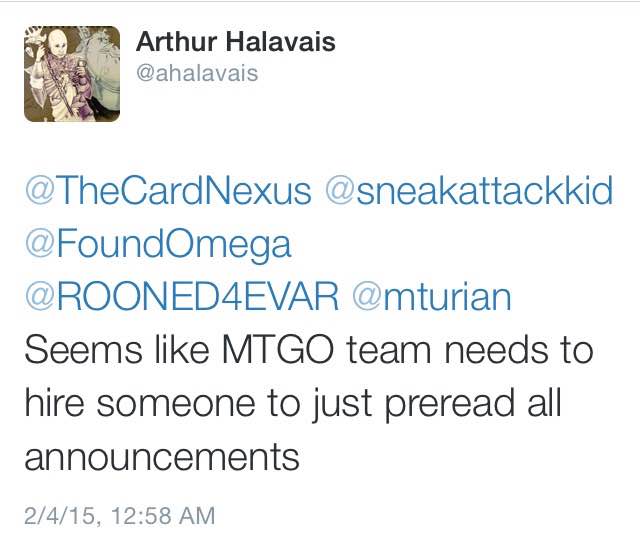 Let's hope that's all it was! Then you have those asking the obvious questions: 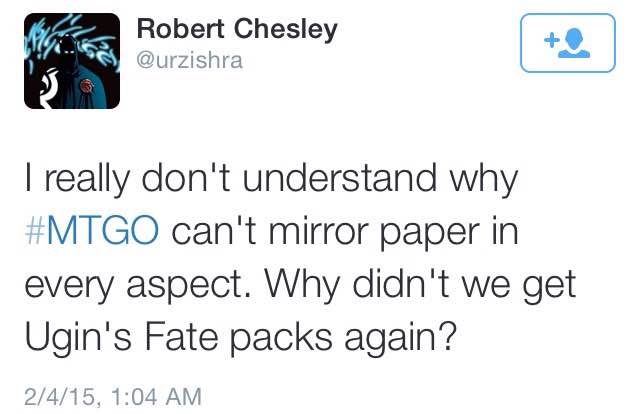 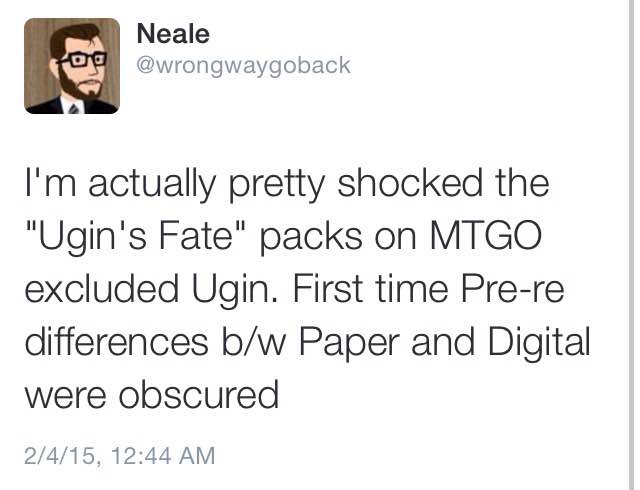 I would like to know why the connection between paper and online Magic is so arbitrarily different all the time, too. WOTC?