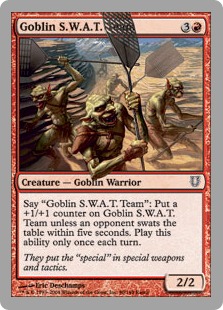 It's 2015, you're all on Twitter, you all know who to follow. Did you happen to see this exchange on your feed? 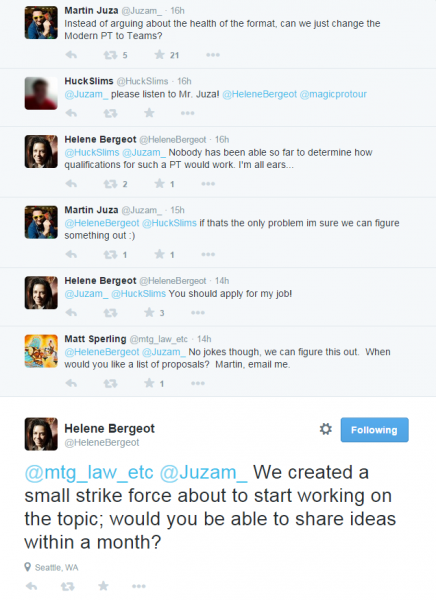 Having a Pro Tour that features Team Draft and Team Unified Standard would feature the new set even more than individual Pro Tours. You just end up showing more matches this way, and more matches means that you show off more cards. Not to mention that Unified Standard forces players to explore more diverse strategies.

As evidenced by Helene's tweets, the big issue is determining how qualifications work. It sounds like some great minds are on the case though.

With the intention being to assemble a "strike force" within a month, is it possible that we could see a Team Pro Tour as early as next year?