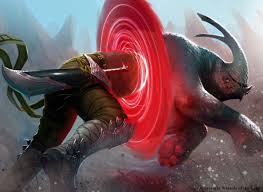 We were eagerly awaiting the updates to the EDH banlist (some of us) and while some thought Deadeye Navigator was on the chopping block and others predicted the demise of Prophet of Kruphix, what we got was something no one expected. 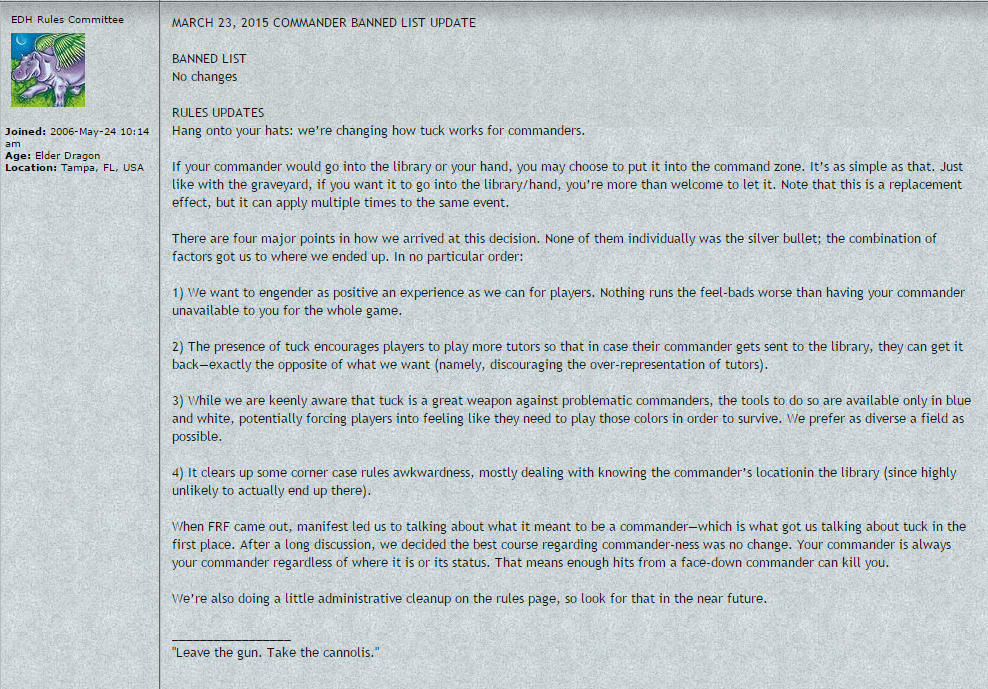 Wow. A scant two weeks after I ribbed @Time_Elemental for tweeting about how foil Hinder was "almost gone" in an article and one week after we got together on Money Draught to talk about how Hinder would be "good forever" in EDH, the rules committee drops a bomb. Commanders can go in the Command Zone any time they would be assigned to the deck, hand or graveyard. Hinder is a run-of-the-mill counterspell now. Chaos Warp is a mildly effective way to deal with non-commander permanents. Cyclonic Rift.... is still totally unfair and a ridiculous blowout, don't worry about that.

So what are we doing? There's no money in dumping Hinder and Chaos Warp right now since no one is buying (though it looks attractive when those cards bottom out). What are you targeting as a pickup now that we need a new class of removal to deal with pesky commanders? Leave it below.

5 thoughts on “Not the Banlist Update We Expected”