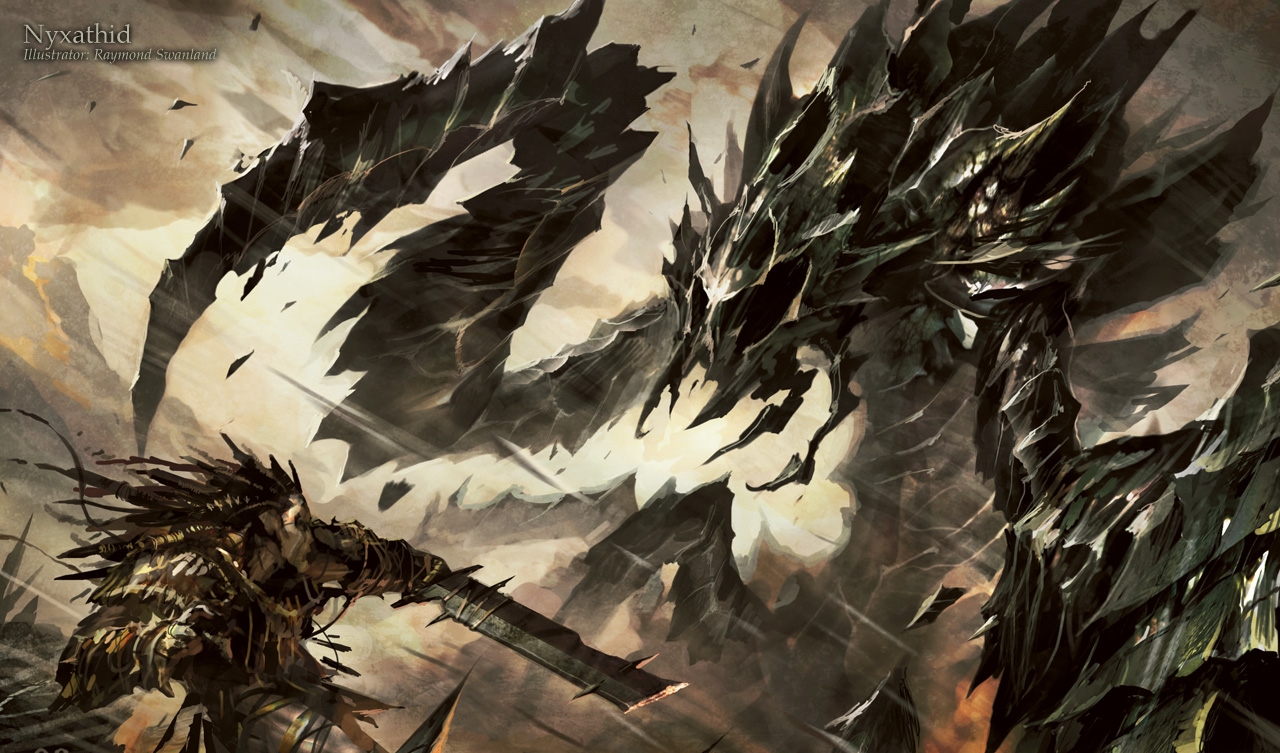 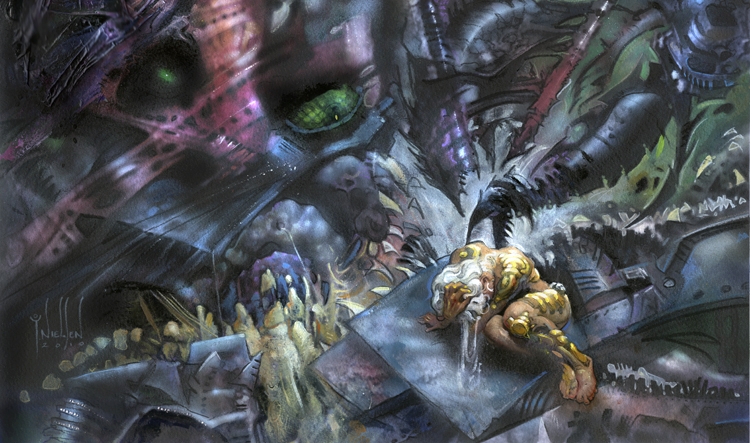 8Rack is a reasonably strong Modern discard deck that straight up wrecks certain metas, and provides one of the few, good means of playing "hard" control in this format.

However, it costs about $700. So maybe you can't afford it, maybe you're unsure if it's your thing or not and just want to test the waters and invest only a bit at first, or perhaps you're just holding out for another Liliana of the Veil reprint cause you think spending ~$360 on cardboard is silly (it is). Whatever the case, this article will show you how to play 8Rack for about $50.

Fortunately, just the Extraction is truly needed, so if we gut the rest, we save about $620. Seems good! What to swap in?

Necrogen Mists does a great impression of Liliana's +1. You'll miss the other two abilities sometimes, but such is life on a budget. On the bright side, enchantments are almost never destroyed, and the effect can stack, unlike with her.

Using Duress instead of Thoughtseize means we're less consistent, but Modern does have tons of targets for it. Looking at the current top decks, you can see this won't miss much, even with the creature centric decks. The real issue is sometimes you won't be able to take a creature when you really need to. However, we do run Nyxathid, more Pack Rat, and removal, and we have Despise in the board, so we shouldn't suffer for it too much. Also, not losing life can be huge versus Burn and other aggro decks.

Bridge comes out for Nyxathid, which can act like a Bridge. Sometimes it will be much worse (like when Lingering Souls tokens are out, or the opponent has many cards in hand), but as with Mists, sometimes much better (like when the opponent has just one creature out and you're at a high life total and can afford to swing in every turn, or you're playing against decks that dump their hand, like Burn and Affinity).

The non-basics simply come in for Swamps.

Noticing a pattern here? For whatever we lose by substituting cards, we gain something else. Overall we're worse off, but we offset some of the damage with unique advantages. This is key when converting an expensive deck to a budget one.

8Rack on the Cheap

So that's the jist of it all. With some more tweaks, here's what we have:

Should you purchase this and decide you enjoy it and want to take it further, I recommend buying Thoughtseize, then Bridge, then Lily, assuming you are doing it gradually. After that, you can pick up Mutavault, Urborg, and Slaughter Pact. Make the appropriate swaps and tweaks as you go.