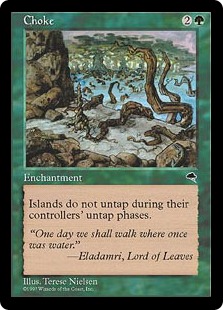 Earlier this week Brian Braun-Duin suggested in his article that removing Eight and Ninth Edition from Modern would improve the format. His argument rests on the fact that cards like Blood Moon and Choke lead to completely non-interactive games and that Tron is lame. 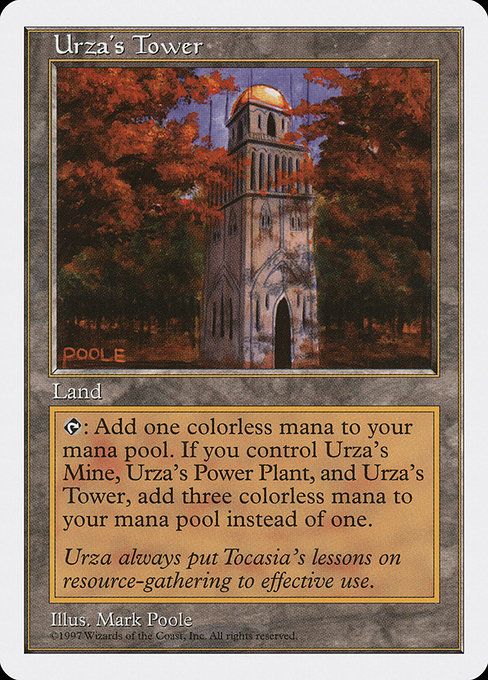 It's an interesting argument, but there are a few problems. Part of the issue is that at it's face the argument ignores a lot of sweet cards that are Modern legal. I know that Intruder Alarm, Greater Good, Form of the Dragon, Fecundity, Kird Ape and a number of other Modern legal cards aren't exactly tearing it up right now, but they certainly don't deserve to just be banned.

It's a reasonable point that Eight and Ninth hardly embody the ideals of Modern Magic, but they do have the new card frame, and I have a feeling that you'd have a difficult time explaining that Eighth and Ninth have been removed to newer players, or players that just don't pay too much attention to such announcements.

It makes more sense to me to just ban the list of cards that are actively hated from Eighth and Ninth, but then the argument suddenly sounds kind of silly. The reason being that the individual cards that this move would target aren't currently banned, and the decks that feature them have been in the format for quite a while.

The last point that I'd like to make, is that for as much as I hate Blood Moon, I feel that the Modern format doesn't put nearly enough pressure on non-basic lands. Legacy has Wasteland, and even there people play maybe one or two basics, often incorrectly. How are we going to pretend like the color of your spells matters in a format where you have fetches and shocks and only need to worry about Tectonic Edge and Ghost Quarter?

So, what are your thoughts? Do Eighth and Ninth belong in Modern?

16 thoughts on “Do Eighth and Ninth Edition Belong in Modern?”