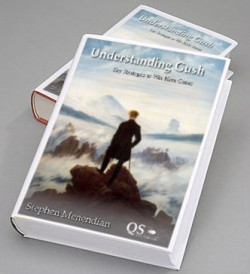 What’s up guys! Welcome to Episode 1 of a new weekly video series here on Modern Nexus, where I take a Modern archetype and break down the decklist, basic strategy, tips, sideboard, and finer points and run it through an event on MTGO! This video series will almost always be two parts (video and text), usually in the form of time-stamped notes that reference plays/mistakes/amazing brilliance in the video and/or things I forgot to mention or would like to elaborate on. 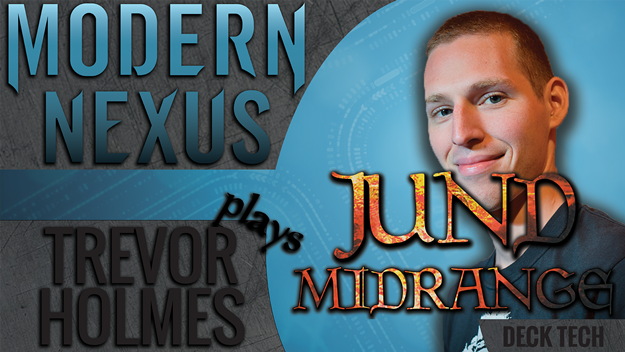 This is all new territory, so if you have any thoughts/opinions about the structure of this series feel free to let me know in the comments! Let’s get to it!

2:20 I wouldn’t play two Abbot of Keral Keep in the list. Part of my reasoning is my general bias towards cheap effects, which is the primary reason why I am supporting Abbot as a de facto “four drop” in the list over a more traditional card, but also because while Abbot is excellent, it can sometimes be a bit clunky. As a two drop, it doesn’t stabilize anywhere near as well as Tarmogoyfcan, and as a four drop, it’s more “risky” than something like Huntmaster of the Fells // Ravager of the Fells. Hands with multiple Abbot of the Keral Keep should play better than hands with multiple four drops, but I would still like to avoid awkward draws if possible.

We sort of brushed over Scavenging Ooze, but it’s worth pointing out that Ooze gives us great maindeck hate for Living End, Grixis Control, Lingering Souls, and Burn strategies. The couple points of life it can gain are nothing to scoff at, and any deck that plays Thoughtseizeand fetches shocklands would love access to any lifegain, no matter how small. Scavenging Ooze can sometimes be just a 2/2 for 1G (in matchups like Tron/Amulet Bloom) but we can easily cut them for Fulminator Mages in those matchups while it does excellent work elsewhere. Similar to Tarmogoyf, you can find uses for Scavenging Ooze against aggro, control, and combo.

4:38 Keep in mind that all board discussion is dependent on exact sideboard choices, and can vary widely based on matchups/what other options we have/where we want to position ourselves in the matchup. Jund can take advantage of a large spread of possible sideboard options/hate cards, and things like Choke, Shatterstorm, Bitterblossom, Feed the Clan, Night of Souls' Betrayal are all possible options.

Final Note: At the time of recording I was having difficulties capturing the MTGO Preview Pane, expect visual aids in future videos.

2:10 Playing Abbot into our opponent’s Lightning Bolt in hand is also obviously poor. There’s a discussion to be had about playing spells quickly as we know our opponent has a poor hand clogged with Dispels and expensive stuff, but our hand composition (threat light) kind of forces our hand.

4:40 This same reasoning is why we play Tarmogoyfover the Lightning Bolt. It’s important to keep in mind that the Lightning Bolt wasn’t a wasted “hit” off of Abbot of Keral Keep; we didn’t really want to be drawing that anyway, so Abbot’s ceiling is really “draw a card” while it’s baseline is “scry 1”.

7:14 I missed a couple points by not animating Raging Ravine. I have failed you all.

12:00 All the Lightning Bolts should probably come out, but I like the ability to clear out Snapcaster Mages so our Liliana of the Veil can keep +1’ing, and I don’t mind using Lightning Bolt as Lava Spike either. It’s not the best use for the card, but two Lightning Bolts over the course of the game usually speeds up our clock by 1 or 2 full turns. Just something to consider.

18:48 Taking the other Remandwith the Thoughtseize(as opposed to a Snapcaster Mage) is a strong play if we plan on our opponent not hitting his fourth land in time. If we can get an activation out of Tasigur (by playing it next turn, then activating once he is able to Snapcaster-Remand) we are still ahead on resources and compounding the advantage that Dark Confidant has been giving us. Since our opponent drew his third land, I expected him to mainphase kill the Dark Confidant to stop our card advantage, which is why we left Remandas we could just play Tasigur while our opponent was tapped out. I can understand why he didn’t kill Confidant (he knew we had Tasigur and possibly just wanted to Remand again) but I think he would have been better off just killing Bob.

There really isn’t much to say about this match, other than I feel this is a clinic on how to successfully cast discard spells and rip apart an opponent’s hand (skillgame). I still found this match interesting however, because it clearly demonstrates the power of Jund’s gameplan when executed correctly. Granted, our opponent’s hand was usually slightly poor, but Game 2 showed how powerful discard can be in the matchup. If I’m unable to remove my opponent’s Tarmogoyf, I believe that game goes very differently. The positioning that comes from Jund’s gameplan (disrupt, cast varied threats, find a path to victory) when lined up against Temur Twin (control, combo, tempo, all three?) is interesting and makes the matchup a lot of fun to play.

This matchup was a lot of fun and feels pretty favorable for Jund. Killing creatures is what we do best, and Infect's plan is to try and stress our mana and make our two-mana removal awkward. Classic Infect strategy applies here as well; kill their creatures anywhere except inside the combat step.

22:30 I can’t clear out my opponent’s board as he has Become Immense and the mana/GY to cast it. In response to the Bolt he grows his guy, which then stops my attack. Also, Ghost Quarter can’t fetch me a Mountain, as we’re not playing a Mountain!

Thanks for watching! While we played a few favorable matchups and dodged Tron, I think this video series was pretty instructional and showed what Jund is capable of when executing its gameplan. Let me know in the comments what you think, about both the content and the presentation. We have a lot of freedom regarding deck choice, so let me know what you would be interested in seeing me play! Feel free to comment below or hit me up on Twitter, I’ll play whatever archetype gets the most votes! (Yes, even Lantern Control). See you guys next week!