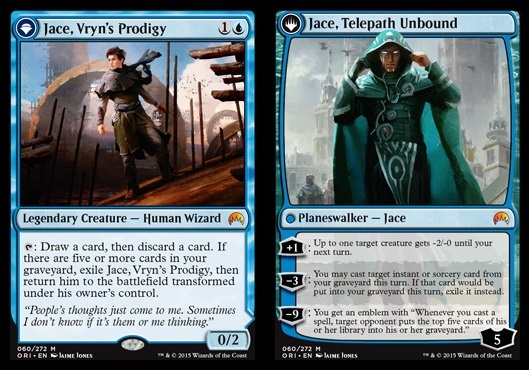 This weekend there was both a Standard GP in Quebec and a Standard MOCS final. If two players were to use the Top 8 of either event as a representation of the format at large, they would come to wildly different conclusions. One Top 8 was flush with Jeskai and featured 24 Jaces. The other was full of Rock decks, and didn't include a single copy of Jace.

The Magic Online metagame is often considered to be slightly ahead of the paper metagame, though interestingly the winning MOCS list is very close to the winning Pro Tour deck. There were two Jace decks in the Top 16 of the MOCS, and five more rounding out the Top 32. There were around twice as many Abzan decks in the Top 32, so it's possible that we're looking at a numbers game more than anything.

While these tournament results beg the question whether Siege Rhino or Mantis Rider are the top dog in Standard, I'm still hopeful that we will continue to see sweet brews like the deck that Jake Mondello used to Top 8 in Quebec.