Below are the total set prices for all redeemable sets on MTGO. All prices are current as of October 26th, 2015. The TCG Low and TCG Mid prices are the sum of each set’s individual card prices on TCG Player, either the low price or the mid price respectively.

Except for Battle for Zendikar (BFZ), all MTGO set prices are green this week. This is a clear indication that the liquidity crunch around release events is over and prices are stabilizing as a result. For those who have been waiting to deploy tix, the bargains will be fewer and farther between than last month.

Sets of Theros (THS) continued to bound higher with an 8% gain this week. The rapid price gains of the last two weeks will not continue, as the gap between paper and digital set prices has narrowed considerably. Smaller gains at a slower pace are the forecast for this set over the winter.

Magic 2015 (M15) nearly matches THS in terms of value and recent price activity. However, the nature of core sets (a smaller window of drafting amid the summer lull) should ultimately give this one the edge.

The presence of a Standard-legal cycle of dual lands will also support the price of this set, in both paper and digital. M15 still looks to have good value, and Sliver Hivelord has received its marching orders as it heads higher on an, as yet, unbroken trend.

The gap between paper and digital set prices for Magic Origins (ORI) has begun to close. With Jace, Vryn's Prodigy // Jace, Telepath Unbound now sitting above 70 tix online, further catalysts for large price gains on this set and its flagship card are difficult to imagine.

Betting against Jace has proven to be a poor strategy so far. But a price tag of 70+ tix on a Standard-legal card is unheard of in the post-$25 redemption fee MTGO economy. Now that release events for BFZ are winding down, look for players to play the Jace lottery as they draft ORI, eventually bringing its price down.

Elsewhere, Khans of Tarkir (KTK) has been rising steadily, and higher prices in paper will support future price increases on this set.

Dragons of Tarkir (DTK) doesn't have the same luxury, as MTGO prices have almost caught up to TCG Low prices. It does, however, have the third set effect, which means a much lower overall supply on the market.

In Fate Reforged (FRF), the emergence of a ramp style deck at GP Quebec City has pushed the price of Ugin, the Spirit Dragon to nearly 13 tix. This card also features in Modern Tron decks, so the long-term outlook for Ugin is positive.

In the short term, as long as ramp is a playable strategy in Standard, Ugin's price has not yet peaked. There is an evident lack of supply at the moment, and only when the major bot chains are better stocked will a more stable price emerge. For the moment, be prepared to ride this one higher.

Although the emergence of a deck featuring Ulamog, the Ceaseless Hunger this weekend at GP Quebec City is welcome news, Battle for Zendikar (BFZ) set prices are down a whopping 14% this week. BFZ has dropped below the 90 tix level almost three months faster than KTK did last year.

With such a rapid decline in market value, BFZ could become a relatively underopened Fall set on MTGO. The novelty of drafting BFZ is going to quickly wear off as players burn through their tix.

Speculators should absolutely steer clear of any rare or mythic from this set, unless it's priced near junk levels. Usually this means 0.01 tix or less for rares and 0.4 tix or less for mythic rares.

In the case of rares, they must have some possibility of future Standard play to be worth speculating on.

Mythic rares always have some value due to redemption. But with such a rapid price decline (paper prices are also much lower relative to KTK last year), demand from redeemers is difficult to forecast. This makes junk mythic rares a riskier bet than normal.

Steer clear of the pure junk, but something like Sire of Stagnation, which might see Standard play eventually, could be worth speculating on. Picking this card up at 0.4 tix or less is a good long-term bet, though the rapid decline of BFZ set prices suggests it will go lower.

The spotlight in Modern this week is on Innistrad flashback drafts, which start today and run for one week.

This event, and the consequent expected price discounts, should definitely be on speculators’ radar this week. The bulk of Innistrad (ISD) price drops are likely to take place this weekend, presenting buying opportunities for some of the best Modern positions. 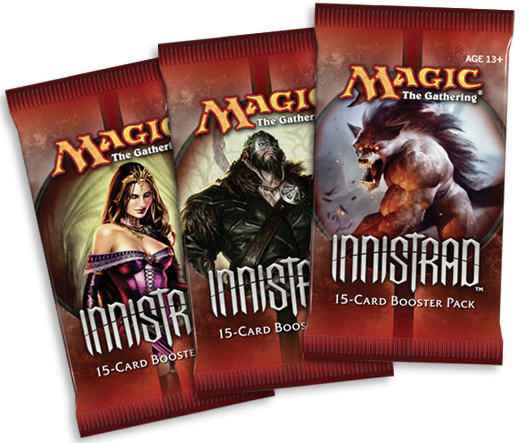 As discussed last week, Innistrad is of particular interest to speculators and players alike; some of the top Modern staples are in this set. Snapcaster Mage, Liliana of the Veil, Geist of Saint Traft, Past in Flames, Olivia Voldaren, Stony Silence and Sulfur Falls represent the most relevant speculative targets here.

Other positions, although with less speculative value, are likely to hit bulk prices during the special Halloween event, and may therefore drop to their absolute bottom for many months.

Among the cards speculators may want to pay attention to are the other four ISD check lands, Gavony Township, Garruk Relentless // Garruk, the Veil-Cursed, Mikaeus, the Lunarch, Skaab Ruinator and Angelic Overseer.

Elsewhere in Modern, MM2 positions have collectively rebounded and are on a distinct upward trend for the past two weeks. The Modern Masters 2015 index is actually up by more than 6% after a local floor was found on October 14th.

This trend is especially interesting as the majority of the 30 most valuable cards in MM2 have gained value this past week. Noticeable staples such as Spellskite, Splinter Twin, Fulminator Mage, Karn Liberated, Hurkyl's Recall and Dismember have gained more than 10%.

On a side note, Leyline of Sanctity is one of the few MM2 Modern staples that hasn't rebounded at all from its floor earlier in October.

Overall, this upward trend should remain fairly uninterrupted for the next two to three months. Holding onto MM2 as well as any other Modern positions for further gains is strongly recommended.

While Season 12 of the MOCS opens today, with preliminaries and finals featuring Legacy, the focus on MTGO this past weekend was on Vintage. The Power Nine Challenge, the first of a monthly series of larger Vintage tournaments on MTGO, made its debut.

This tournament was fairly successful in the sense that a hundred players joined the event, an absolute record for Vintage online. The Top 16 was fairly diverse, with most of the usual suspects represented.

Last week we asked if such an event would have any impact on the Vintage community and Vintage prices. After the conclusion of this first large Vintage event, the answer is a tentative "maybe."

Led by the Power Nine themselves, several other Vintage staples, including Mishra's Workshop, Bazaar of Baghdad, Tolarian Academy and Null Rod have increased in value by ~20% or more since last week.

If the success of the first Power Nine Challenge becomes the norm, Vintage prices may finally have a shot at going up. However, despite a promising opening event, there's still a lack of visibility from a speculative point of view. Nothing yet guarantees that Vintage prices will keep up after their initial rebound.