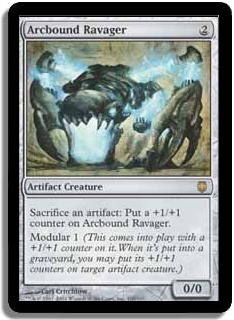 For those who know me it will come as no surprise that I'm not that biggest fan of Modern.  Most of my success in competitive Magic comes from knowing the field and preparing for it.  In Modern, there are so many different decks that is impossible to prepare for them all.  With the SCG open in Cincinnati being Modern, I needed to suck it up and find something to play. I made the decision to either play a very fast aggressive deck or a combo a deck, as these decks require the least amount of metagaming to be good.

About two weeks before the tourney I had narrowed the field of decks down to Burn, Amulet Bloom, or Affinity.  From here I started looking at Modern as a whole. Recently there has been a rise in both Twin decks and Infect. This is bad news for Amulet Bloom.  Infect and Twin can both be too fast for Amulet, and Twin can sometimes just Blood Moon Amulet Bloom out of the match.

This narrowed my choices down to Burn or Affinity.  The choice between these two deck was going to be a tough one, as they both have their own merits.  So I did what I do when I am faced with a very hard choice, I asked my friend Forrest Ryan what I should do.  He told me winning in Modern was basically a coin flip and I should use a coin to figure out my deck choice.  Well, I didn't have a coin so I did the next best thing. I asked my girlfriend, Serena, to chose either A or B.  She chose A for Affinity, and there we had it. I would be lying if I said I wasn't really hoping she would choose A though.

From here it was a matter of finding the right list.  In recent history Grand Prix Pittsburgh had two almost identical Affinity decks in the top 8, so I decided to give the 2nd place list a try.  The maindeck was amazing, though I didn't really like the sideboard.  After a bit of testing and theory crafting, this is what I registered for the Cincinnati Open.

Day one was great! I finished the day at 8-1, with my one loss being to Gerry Thompson. I was going to go through each match, but that would mostly be a repetitive story of me drawing good hands in game one and in games two and/or three I played around their big hate spell and won. This is how most matches for Affinity go if you are winning.

Instead, I would like to go over why I wasn't winning on day two. At first I thought it was due to getting unlucky, as I was mulliganing far too often. It is easy to blame luck on losses, but I believe more often that when you get "unlucky" that there might be a reason for this. I started looking at what was going on, and realized I was boarding too many cards in for my more difficult matchups. The only two decks I beat in day two were Burn and Tron, where the boarding is very minimal. The other four matchups I feel like I over boarded. To explain what I mean, let's look at a few hands. 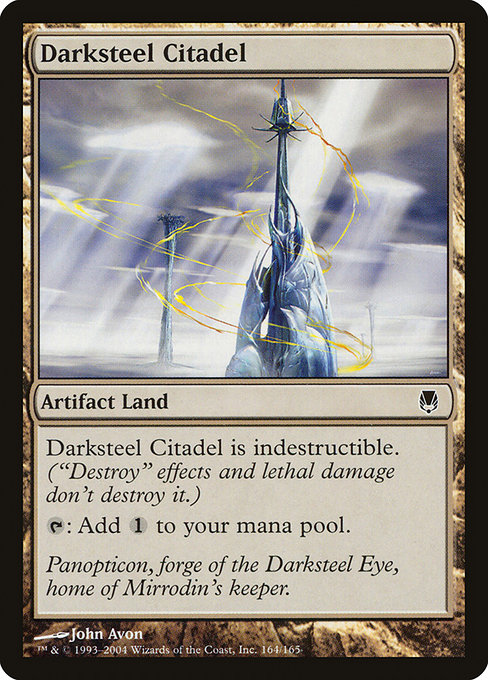 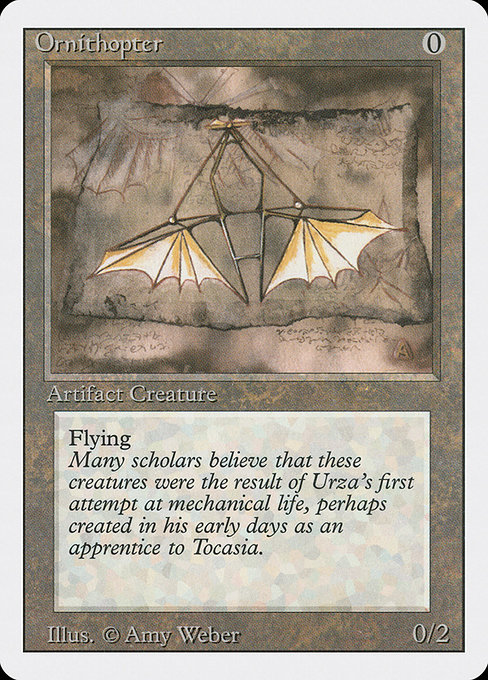 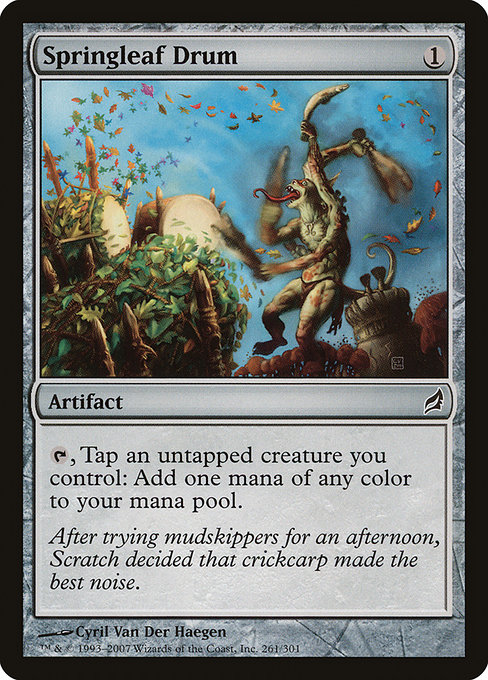 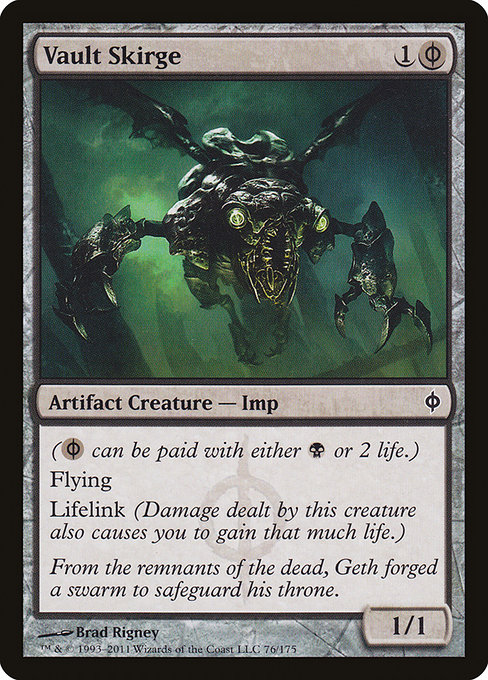 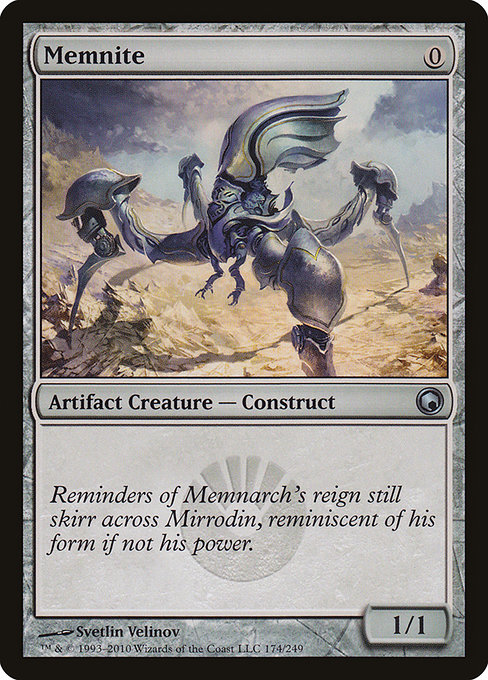 This hand is great! You get to play most of your hand on turn one and you have a big follow up on turn two. Even in a post board game this hand is most likely fast enough to get the job done even though it doesn't have any sideboard cards.

Another great hand and this time it has a Thoughtseize. This hand would require a very good hand from any opponent to beat. 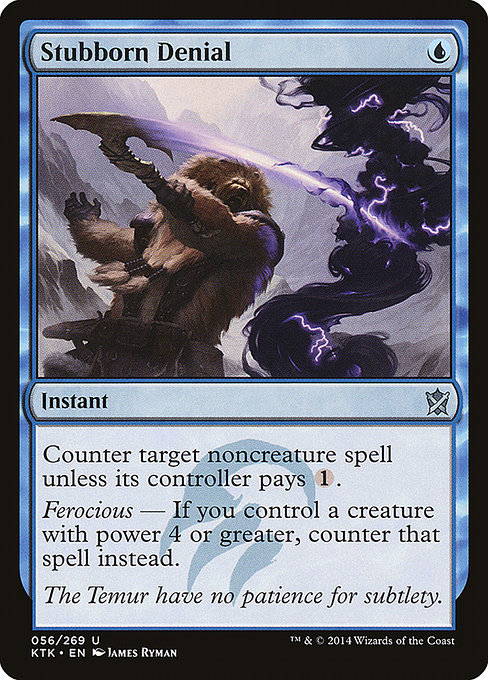 This hand might be a bit less aggressive than the last hand, but it's also a bit more disruptive. I would be happier with the last two hands, but this hand is a keeper.

I think you can kind see where I am going with this now. This hand is a mulligan. While you have a ton of disruption, you are giving your opponent forever to beat you. The more sideboard cards that make it into your starting hand, the worse the hands get.

Luckily for us, Modern is a format where the sideboard cards can be very powerful and problematic for your opponents deck. If I start using more narrow and more powerful sideboard cards I will be able to board fewer cards in for each matchup. This will allow me to keep better hands, and the disruptive cards will be ones that my opponent has to deal with in order to win. The cards I'm looking at right now are Illness in the Ranks, Torpor Orb, Rule of Law, Pithing Needle and even something like Favor of the Mighty.

While Amulet Bloom won the Open I still feel like I made a good choice in Affinity, and if I make it to Charlotte this weekend I will be playing Affinity again. This time with a slightly better sideboard.

Once again thanks for reading!