This past week saw a lot of movements in both directions. Pro Tour Oath of the Gatewatch polarized Modern prices with any Eldrazi-related cards going up and pretty much everything else falling abruptly. Later Legacy leagues were announced to be coming on MTGO along with the monthly Legacy Challenge. All of that created several selling and buying opportunities I tried to capitalize on.

Lets see how it went and what might be next in both Modern and Legacy. Here is the link to the spreadsheet. 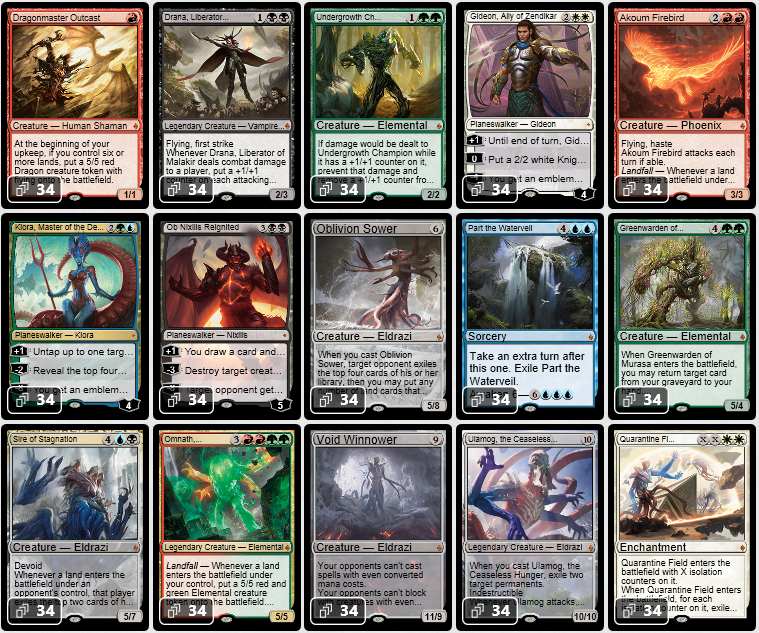 The price of a Battle for Zendikar full set didn’t really go below 65 tix this past week and a half. Nevertheless I wanted to get more sets and definitively established my BFZ full set position with seven additional sets.

From now on I would expect the price of a BFZ full set to stabilize or slightly increase until the release of Shadow Over Innistrad. If prices fall in the 60-63 tix price range or below between now and April, or during SOI release events, I might add couple more BFZ sets. 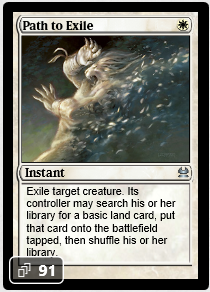 Path to Exile may be out of favor these days but it is still a very potent removal spell in Modern, back to a 2 tix floor recently. I decided to reinforce my position here with 41 additional copies for about 2 tix per copy. Conflux flashback drafts are not scheduled until much later this year and with very low chances of reprint, the Modern pseudo-Swords to Plowshares has a lot of potential pricewise.

Now that a few Modern flashback drafts have taken place I’m assuming that investing in cards from these sets is decently safe, especially if these cards are at or close to their long-term lows. Although it may take a long time to get a return on these investments there’s pretty much no risk in stocking up on such cards.

All of the above cards spiked at some point in their recent history, and I bet it can happen again. As more sets are flashback-drafted I’ll keep looking for these cheap/bulk cards in addition to the obvious Modern staples we all know. 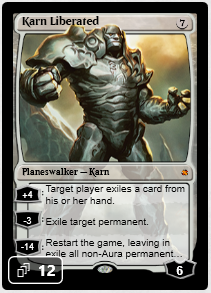 Following the ban of Splinter Twin and Summer Bloom, a lot of cards including Karn Liberated got a huge boost, for nothing. Now that the price took a good hit this was another opportunity to buy a card nobody wanted. 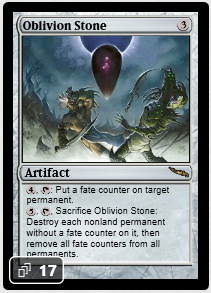 Similarly to Karn, Oblivion Stone suffered from poor results posted by Tron decks. I already had 10 copies of the Stone but the price was getting more attractive and I could afford it. I reloaded 7 copies at ~15.5 tix on average. 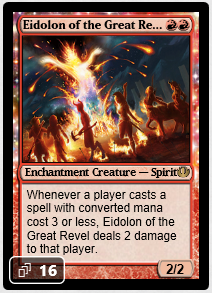 Not a big winner after PT OGW, Eidolon dropped from 25 tix to 15 tix in two weeks. However this is still a great card and Burn decks are always around. I'm not expecting miracles from this spec---coming back to the 20-25 tix range is all I'm aiming at with my 16 copies of Eidolon of the Great Revel. 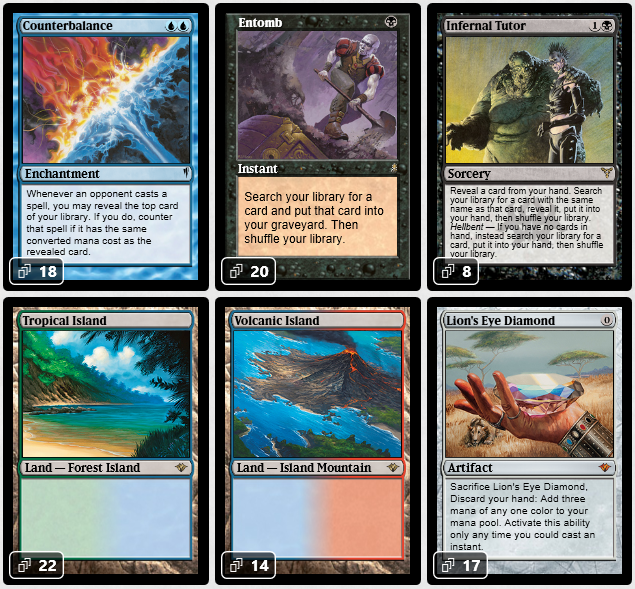 Legacy leagues and the monthly Legacy Challenge have been announced last week. Two great reasons to see players get more into the Legacy format and to see prices rising.

When it comes to prices Legacy is clearly not Pauper, but Pauper leagues had a huge effect on Pauper prices; will we see the same with Legacy? I could not buy everything I wished for but here is what I got. Hopefully there are solid specs for the weeks to come.

With big gains on big positions it was merely impossible to pass and it was clearly a good move. A symbolic comparison: the Eyes of Ugin generated more profit in less than two weeks than the "100 Tix 1 Year" project did in one year.

I was talking last week about foil mythics from OGW. I could not get enough certainty from previous data and sets when I looked into it. It was already supposed to be a low margin spec but without enough convincing data in my opinion I'll simply pass on these. If it turns out to be a good spec I'll remember it for the set following Shadows Over Innistrad.

One thing I'm keeping an eye on currently are my Legendary Cube (Pz1) positions and boosters. They were a great acquisition back in December and the value of all my positions with this set are up, some even having tripled already. The advent of Legacy leagues and the Legacy Challenge will certainly give another boost to them.

I surely don't want to be too greedy here. I'll be checking prices more often than before to try to get the most out of my PZ1 positions without risking another bout of Pz1 packs hitting the market as prizes again.