Welcome back to High-Stakes MTGO. We decided to slightly change the name of the series but the content will remain strictly identical.

I had not anticipated much action this week. I knew a Modern Pro Tour was happening, but if speculators usually like Pro Tours I always feel like it's a lot of price volatility for little results in the end. I was prepared to let the speculative storm pass. I was also holding a lot cards that could potentially spike so there was not much on my buying radar for this past weekend.

And then came the Eldrazi. As I'm writing this I haven't sold anything, but I'm about to and will more than likely bank the most profit I've ever made in one day of MTGO speculation. By the time you read these lines you'll know what I have sold.

To follow the live action here is the link to the google spreadsheet.

This week starts with few extra copies of cards I already had.

The bans of Splinter Twin and Summer Bloom haven't moved the price of these cards much. Thrun actually even dipped from 7 tix to 5.5 tix. With the price of these guys coming back to my original target buying price, I decided to buy extra copies and be "fully stocked" within the buying limits I self-imposed. Unfortunately Pro Tour Oath of the Gatewatch didn't really push these cards. 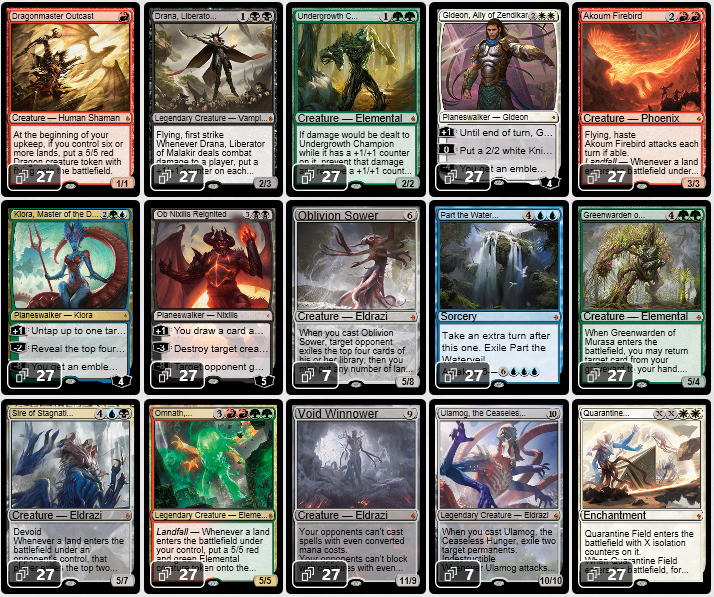 The price of BFZ full sets keeps dipping. I bought another seven playsets. I might still be chasing a few more playsets in the coming days; it all depends on how prices evolve. I still have more room for BFZ full sets but I won't be buying these above 70 tix per set. 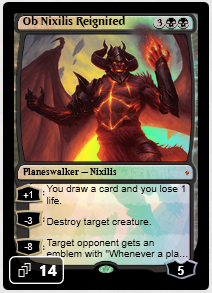 I also went for three more copies of foil Ob Nixilis Reignited. Foil mythics were a new experiment for me this year. I was aiming at buying all Battle for Zendikar foil mythics in the 12-13 tix range (or under).

When I started buying these, Ob Nixilis and Gideon, Ally of Zendikar were way above 13 Tix. Now that Ob Nixilis has come down to 12 tix I'm trying to get him to the level of the other foil mythics I have. Almost there... 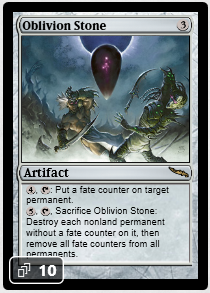 Oblivion Stone went back in the neighborhood of 20 tix this week, where it sat after the first week of Mirrodin flashback drafts. Since I had missed the first buying window I pilled up some Stones this time around. 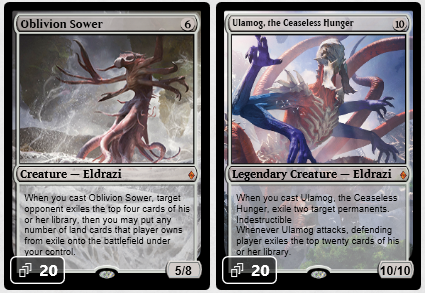 In the wake of buying Battle of Zendikar full sets I short-sold Ulamog and the Sower. These two cards were already on the loose and I thought that the trend could keep going for a little bit longer. I rebought them rather quickly fearing that they could see play during Pro Tour OGW, thus seeing their price rebound. Cumulatively I made a small 26 tix profit. 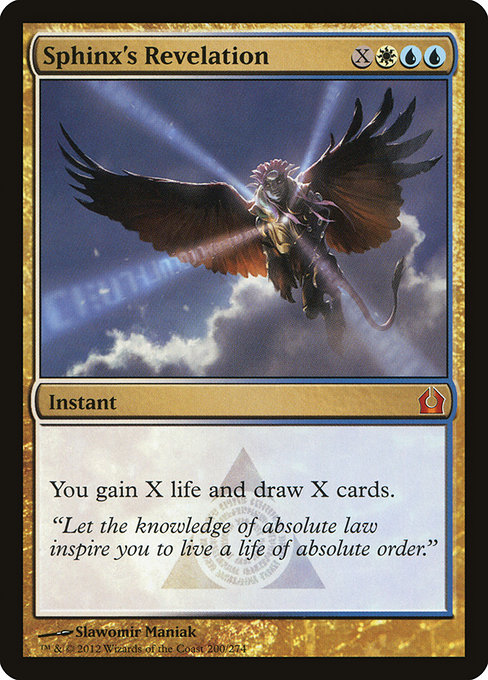 Going into this past weekend, this card could have seen lots of play or flopped entirely. The price was plateauing and my potential profit percentage was already decent. It was a good time to cash out. With a no-show at the PT my timing happened to be just right for this one. 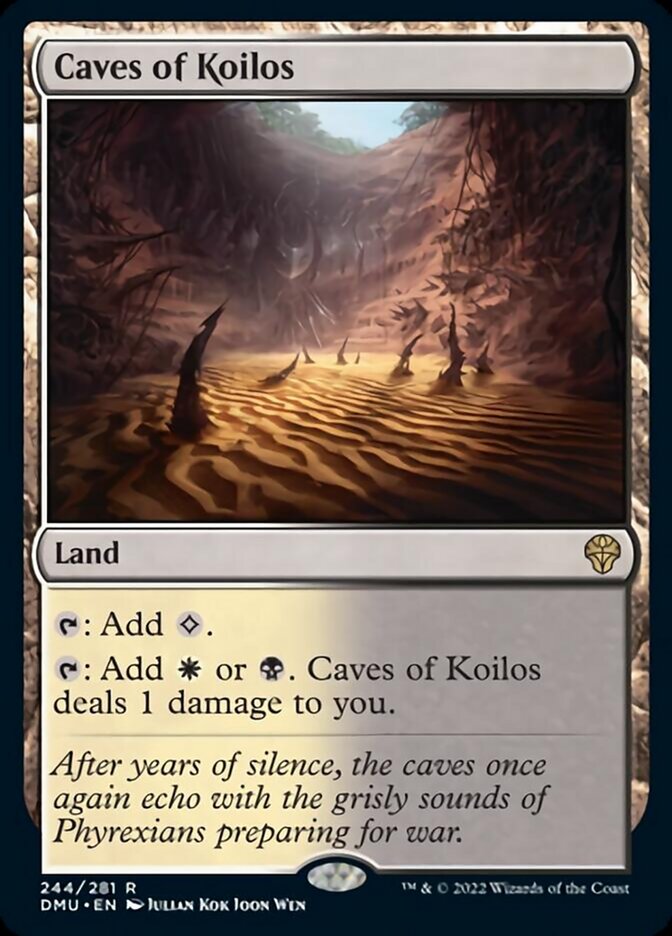 Prices of Magic Origins painlands are rising. The price of the Caves is now more that three times my buying price, and it was time to proceed to a first wave of sales---I sold 128 copies as of today. I rose my selling price bar a little bit but will surely keep selling as the price of Caves of Koilos seems to keep climbing. 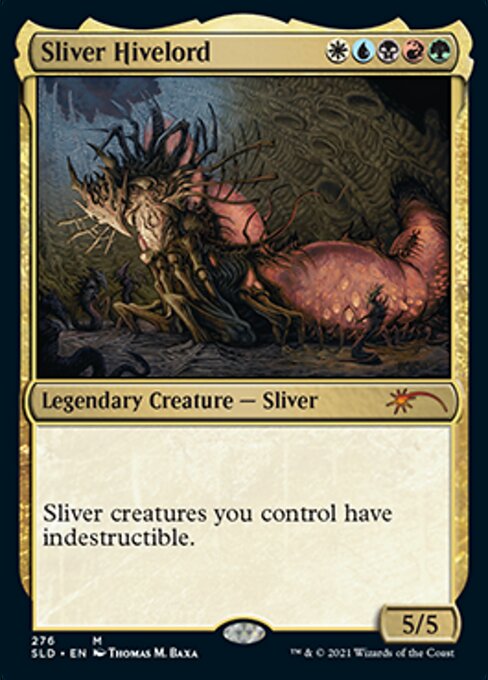 Similarly to Sphinx's Revelation the Hivelord's price was good enough for me and I decided to pull the trigger. The price of that legendary sliver is much less dependent on its Modern playability than Sphinx's Revelation, but showed no sign of progression since early January---time to sell.

With PT OGW ending on a very Eldrazi note I sold into the hype to maximize my gains. In the coming days I'll be looking into the things that weren't played or posted disappointing results during this Pro Tour. It will be a perfect occasion to stock up on cheap Modern staples that are waiting for their turn, or alternately for a ban of Eldrazi deck components.

One thing to keep mind here is the Modern flashback drafts schedule---I'll make sure I'm not stocking up on Through the Breach or Gifts Ungiven, for instance.

Following up with the foil BFZ mythics I will also take a look at foil OGW mythics. A lot of them are under 12 tix, which is my reference point. I'll see if I can get more certainty about the potential price fluctuation before committing though.

It's true that for the vast majority of my regular Modern/Legacy specs---outside of quick flips---I'm looking at a 50% minimum potential gain and I even try to look for a 100% potential gain in many positions. In these cases the potential gain is only determined by the historical price graph as shown on MtgGoldfish. For me, looking for such a potential profit is a sort of safety net and a better guaranty of generating profit for a spec.

Now, how do I find these potential specs? Most of the preparation work happens on MtgGoldfish.com. I'm constantly checking the Movers & Shakers sections in Standard, Modern and also Legacy, several times a day most days. This gives me a sense of what's moving at the moment and helps me memorize the price range of any card. One thing you don't see easily with only Movers & Shakers is cards that are slowly rising or slowly decreasing as they don't always make the cut among the top 50 movers.

Another great place to look from time to time, especially with Modern, is the Total Format Price. My favorite column to look at here is the "Weekly (%)". By clicking on it you can rank the Modern staples by biggest weekly percentage losers and gainers. Often enough the biggest losers have a chance to represent a buying opportunity.

By clicking on these cards and with the help of the price chart I can now fully evaluate if it really is a good buying opportunity or not. Don't forget to double check with sources of info if a price drop looks to good to be true---has a reprint been announced? A ban? A new card simply being better?

Finally, in general a good moment to buy Modern positions is during flashback drafts, such as those taking place all 2016 long, and after the release of a special reprint set, such as the Modern Masters sets. Great cards are still great cards and even after a massive decrease in price a rebound is very likely to follow.

Worldwake Eye of Ugin was around 6 tix when MM2 got released. The MM2 version of that land was under 0.2 tix for several months until undergoing one of the biggest and fastest increases we've ever seen on MTGO.

On the other hand, for Standard specs essentially, the "50% rule" is not something you can rely on. Standard relies more heavily on seasonal changes. When a set stops being among the newest sets, and therefore heavily opened, then it's probably a good time to buy in. And I would do so independently of the current price of my target. If the card has enough potential and it's the right time in the season then it's a good buying opportunity period.