IT HAS BEGUN! It is, at last, coming to FRUITION! They laughed at me, said it was impossible, said I was wasting my, SAID IT WOULD DRIVE ME MAD! MAD! Do you remember, DO YOU REMEMBER IT, Morgenthau? Remember how they said that the Storm itself was perfect, that attempting to harness it and turn it towards another purpose was unnecessary, that it would be SOOOO much easier to just wield its awesome power for launching stones or summoning dragons. I say, NOT GOOD ENOUGH! The catalysts are in place, the mana vessels are fully charged, all is set. NOW, BARNABUS! THROW THE SWITCH! 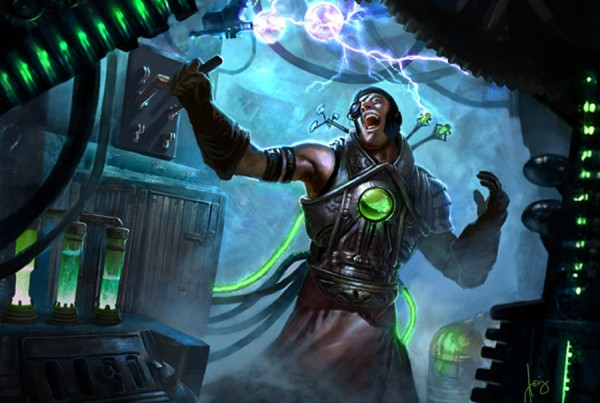 Yes, yes, yes, YES!!! It's working. The mana generators are funneling the power I stripped from the surrounding lands into the experiment, powering the engine to STRIKE DOWN upon my foes with the power of my superior intellect! MUWAAHAHAHAH Ha ha ha ha... cackle manically with me Gregorias: it's a weird and rather lonely affair if I'm the only one participating. 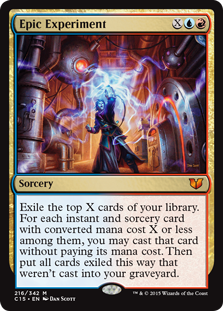 It's taken months of work, building the knowledge necessary to put this plan into action. I've consulted the very finest sources, sought out the most potent ingredients, hired the most skilled Goblin sorcerers to serve as catalysts, and found some reasonably not incompetent and dubious lab assistants to serve my purposes should everything go wrong.

Of COURSE I'm not referring to you, Andrew (of course I am referring to YOU, Lamond), my (somewhat) reliable apprentice. Oh, just stand over there in case something goes wrong.

Very soon, the experiment will spew forth its fury. Yes, I KNOW you know how it works, Percival, let me monologue! It's an integral part, OF THE PROCESS! The experiment works by channeling huge amounts of mana through the goblin catalysts in order to generate a cloud of pure knowledge which in turn pulls even more knowledge into my mind, fueling my vengeance. 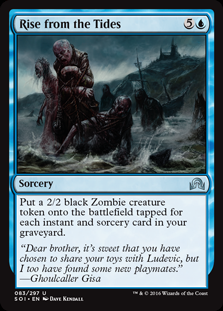 Soon, those who laughed at my genius will know their folly when I lash out at them with the magically manifested manifestation of my mastery of magic.

And even should they deflect the initial onslaught, my victory is certain when the refuse begins to spew forth AN ARMY OF UNDEAD, just as planned. My victory IS INEVITABLE! 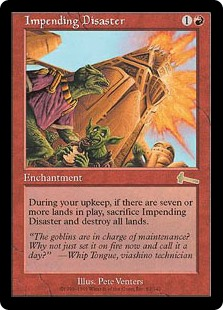 Oh what is it now, Collingsworth. Yes, I know that for the effort we've expended on this would have been easier to just summon millions of goblins to eat them all. Yes, I know that the villagers are battering down the door to overwhelm us as we speak. Idiot. No, Horrace, I did not call you, an idiot. Idiot. That was never the point.

The point was to build a grand monument to my brilliance! They'll never defeat me, I will draw all the knowledge TO MYSELF! AND ASCEND! Victory is mine, WHAHAHA, AHAHA EhHE EHEHE HEHE ha. I could use a lozenge.