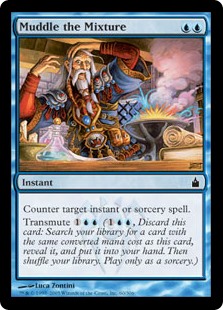 This one was an Extended all star back in the days of Thopter Depths, and with the card ballooning in price it's not surprising to see Gerry Thompson being responsible. Muddle was a key component of the deck then, and it's a prominent feature of Gerry's Modern Thopter Gifts now.

Gerry made the Top 8 of the Columbus Invitational with this deck as his weapon of choice, and suddenly we're looking at another Serum Visions. This is just another in the long line of commons and uncommons that prove that Modern bulk is worth picking. This is definitely the kind of card that you can find in those comic shops with loose, unsorted bulk that's ripe for the picking, and as of now you'll be able to buylist these for over $2. 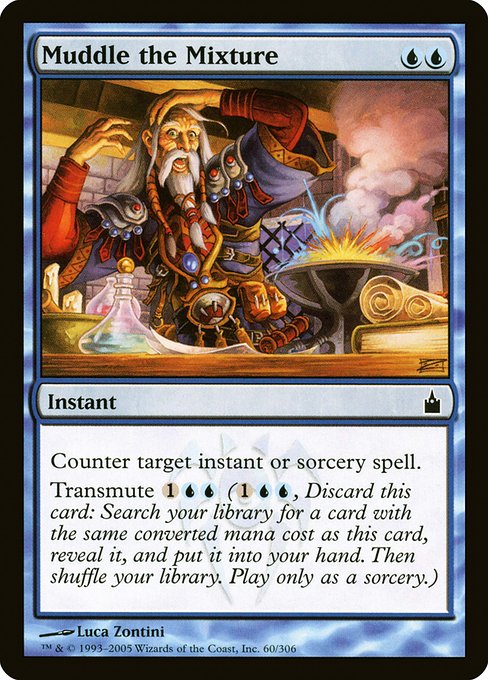 This is also the kind of card that you can start putting in your trade binder. I'm sure that many of us have a handful of these hanging out in our old Ravnica cards, and now it's finally time to put them to work.

I hope that it goes without saying, but unless you're looking to buy into Thopter Gifts to play, this price is way too steep to invest in further growth. It's true that Muddle isn't the kind of card that will end up in a Standard-legal expansion, but it's also true that the current price is based on being good in exactly one Modern deck. You're basically betting on the deck being good enough to ruin Modern for significant growth at this point.