This week in speculation was a very predictable one. I reinforced my positions on several Standard and Modern specs and tried to take advantage of the flashback draft of the moment---Time Spiral block---to secure good speculative candidates.

With the Legacy Festival and the release of Eternal Masters coming up I also tried to look for "easy" profitable specs. This is not an easy task since just about everything not on the Reserved List can be reprinted in EMA, and many of the cards on the RL don't have great speculative appeal. With all these parameters to satisfy, Infernal Tutor was the only target I found reasonable.

No more Modern Pro Tour, but the format is still very hot and dynamic. Decks and prices are constantly evolving which is great for both players and speculators. As you can see, Modern is a big part of my portfolio and selling whenever the opportunity arises is essential.

Even top Modern staples such as Grove of the Burnwillows, Celestial Colonnade, Scapeshift and Voice of Resurgence keep fluctuating, with price variations of up to 100% that can be exploited for profit. On average, a 50% gain is my goal and I seriously consider selling any spec that reaches that limit. This weekend's dual Modern GPs will certainly create several selling opportunities speculators may want to take advantage of.

The live portfolio spreadsheet is, as always, accessible here.

Following the logic from my recent articles, I increased my stock on several of these lands. Any change in the metagame, or new set release, is an opportunity for different color combinations to come in vogue and demand on lands to increase. With two Standard rotations per year, this process will be accelerated.

Battle for Zendikar is not being massively opened anymore and supplies should remain stable while demand only grows from now on. Doubling up is my goal with these lands and I’m ready to sell anytime, whether next week or next year.

These bets coincide with the end of Time Spiral flashback drafts in two days. All three picks have the potential to double or more from my buying prices.

I’m counting on the hype around Legacy and Eternal Masters to see Lord of Atlantis rising in price very soon. You can see that I accidentally bought a playset of the promo version. Hopefully the buying and selling prices of the two versions will evolve closely without the bigger spread sometimes observed with promos. 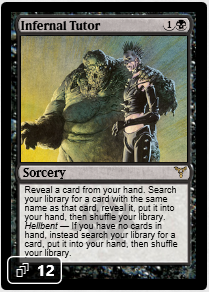 As mentioned above, the one opportunity I found to benefit from the Legacy Festival was Infernal Tutor. It's a good fit essentially because of its price tag. With only 12 copies, a minimal 25-30% price increase would be enough to generate ~120 tix of profit. 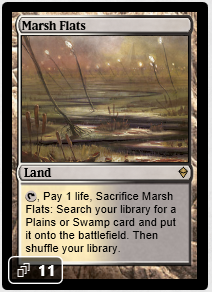 About two months ago I bought 22 copies of Marsh Flats, averaging 12.5 tix per copy. I decided to reload on extra copies of the fetchland when it fell further to a six-month floor at 10 tix. Without a strong reprint (which I don't expect in EMA), the ZEN fetchlands will always be in demand. The ceiling on Marsh Flats is above 20 tix---plenty of room to grow. 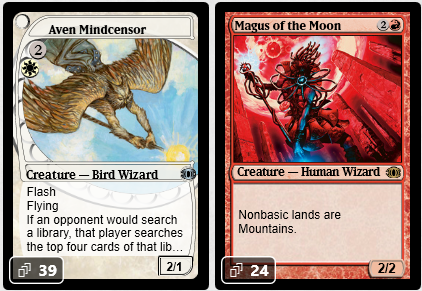 Two Future Sight cards that dipped a bit thanks to flashback drafts. They show up from time to time in Modern decks and when they do the price inevitably rises. They are currently (or at least when I bought them) sitting at their respective long-term floors so the risk is pretty low here. If their price drops further this week I’ll be buying more copies. 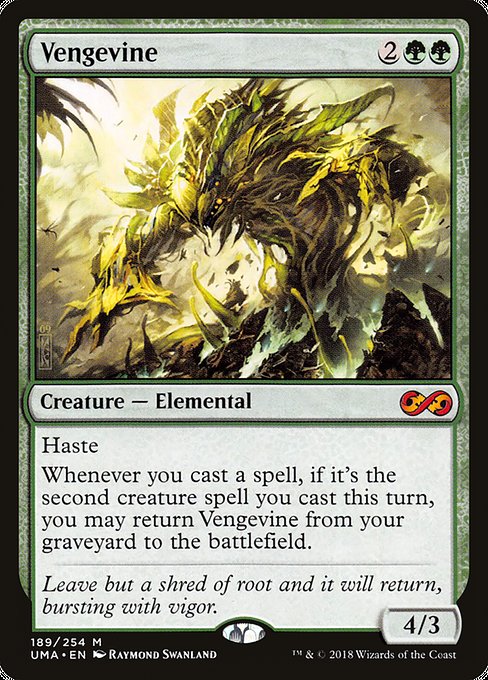 Following Golgari Grave-Troll last week, Vengevine is another of my positions that benefited from the momentary resurgence of Dredge decks in Modern. The spike as not really pronounced but from my buying price of 3.87 tix, selling at 7.55 tix on average is actually very decent. The hype didn't even last more than a week, and Vengevine is already back to around 6 tix. 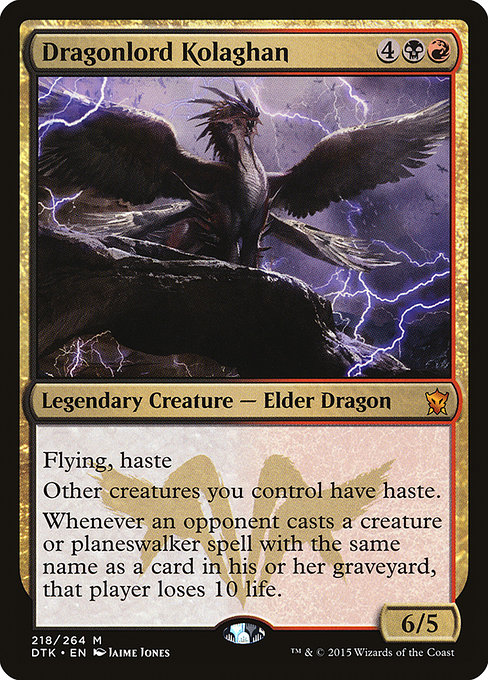 This Dragonlord was one of my long-shot speculative picks in Standard. Nothing exciting ever happened with Kolaghan so when the price finally spiked to almost 3 tix last week I thought it was now or never. In the end I'm happy to walk away from this spec with a profit. 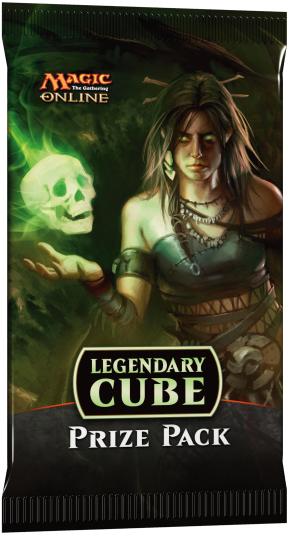 Another little wave of sales on Legendary Cube Prize Packs. Always above 2.8 tix, which is my target selling price these days. I have 80 copies to go before the end of my best booster spec so far.

EMA spoilers should start any time now. This might create some market movements but I'm not sure we'll see great buying opportunities. Once the set is fully spoiled, non-Reserved List staples that didn't make the list may be reasonable targets, but if prices are already high this will be little more than pure speculation.

It is equally important to watch for any Modern-relevant cards in the set. These cards might plunge very quickly and could lead to some losses.

Finally, I'll be paying attention to the repercussions of this weekend's Modern GPs and making sure to sell my top Modern gainers. The goal will be to recycle the profits into other Modern positions, those left out this past weekend.