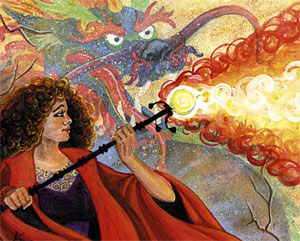 As more cards as spoiled from Eternal Masters we are seeing even more cards that have never previously been printed in foil. In fact, it has now been stated as an official consideration for inclusion in the set. 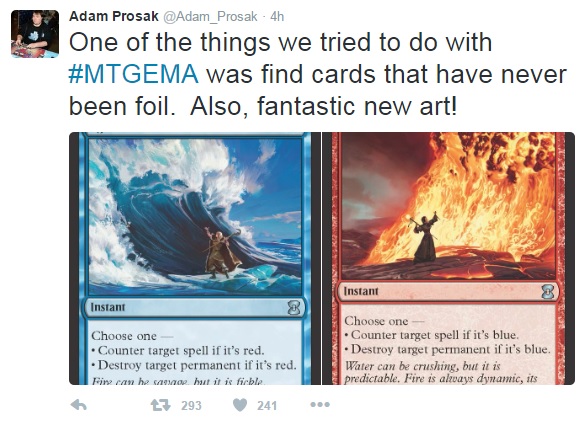 It may just be coincidence, but the cards featured above, Pyroblast and Hydroblast, are also commons with low supply on

From the perspective of the paper game, a high number of never released foils would certainly increase the expected value of a box, though it's unclear at this point by what margin. I still don't like the idea of purchasing sealed product for inflated prices, though this is a data point that in favor of doing so. Foil Pyroblastss will certainly be sought after by Legacy and Vintage players, and are a dramatic upgrade from the Ice Age printing.

My plan would still be to invest in particular single cards from the set, with a good percentage of the budget going towards these new foils. A couple weeks after the product release will presumably be the best time to move in on these.