While it doesn't mean a ton for established players directly, there was a pretty awesome announcement on the Mothership yesterday. A couple of different product lines were announced, as well as a new structure for announcing these products. The most significant element of Monday's announcement was undoubtedly planeswalker decks. 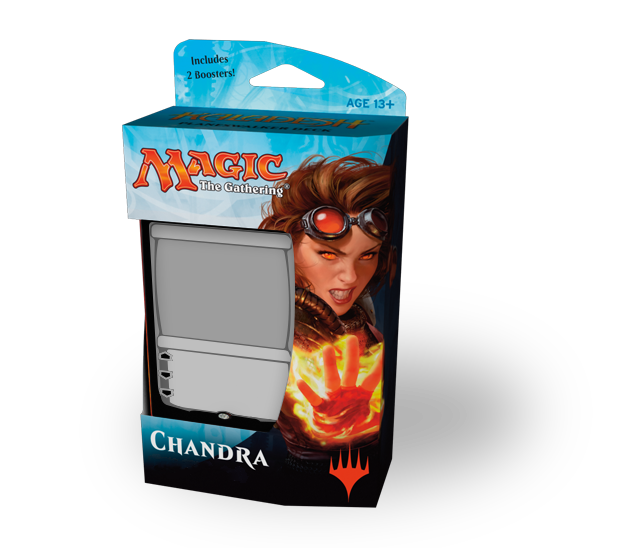 Mark Rosewater's article outlining the new Planeswalker Decks is a good, quick read about the purpose of the product and what exactly each pack will contain. There will be two Planeswalker Decks for every set release starting with Kaladesh, and the decks will prominently feature a mechanic from the new set, along with a planeswalker that can only be obtained from the Planeswalker Deck (not in booster packs) and some cards specifically designed for the deck- all of which will be Standard legal. Here's the bulleted list of the cards that will be in these decks that you won't be able to find in packs:

This is a really awesome way to bridge the gap from newer player to FNM goer with relatively complex cards that doesn't rely on forcing the player to build decks and figure everything out. I love the explanation that MaRo gave for the product line, and think that this product will be an awesome way to help newer players better learn the game.

The obvious concern is that there are cards that you can't get in boosters that will be Standard legal, though as MaRo states they will be designed with the idea of not being great Standard options- particularly by having generally higher mana costs. It's not difficult to imagine one accidentally being great, though if they simply use the "supply as demanded" print run used for Commander product then that just means that you'll have a card with a static $15 price tag.

I expect the design to be generally successful with regard to these packs being casual only and not causing a stupid "living card game"-esque element to a real Standard deck, though I am intrigued by this product line as sealed product that can be purchased and sat on. I expect the print runs to be very large on these, so I imagine that if they are to be a good investment as sealed product then the return would take years, though planeswalkers have huge casual appeal and I could see these appreciating in value with age, though they're probably just a worse investment than, say, boxes of Eternal Masters.