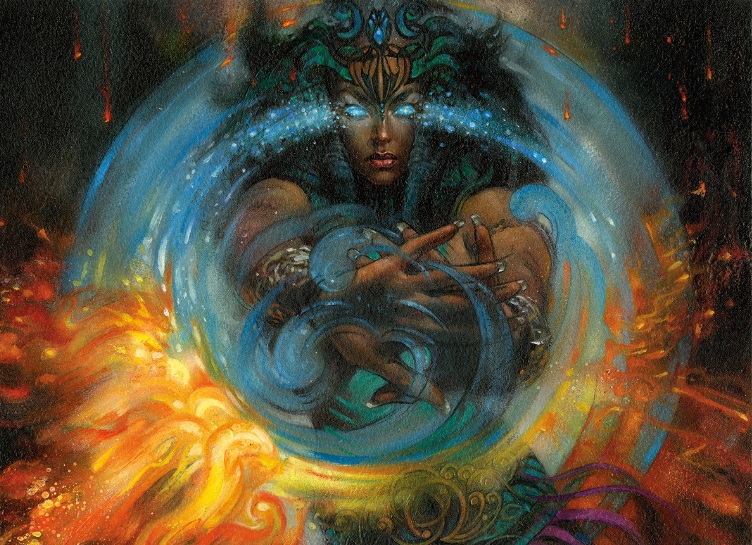 In case you missed the inaugural Modern Gauntlet, there's a new way to play phantom constructed events on MTGO in which you are assigned a deck randomly for an eight-person three-round swiss event. Yesterday was the first day that a Legacy Gauntlet was live on MTGO, and the thirteen decks featured in the Legacy Gauntlet can be found here.

I will say that the lists appear slightly unorthodox, and it looks like there was a bias in building towards getting a mix of a few deviations rather than favoring a particular build of a deck. Things like a 2-2 mix on Gitaxian Probe and Preordain in Sneak and Show and the maindeck Progenitus in Elves aren't necessarily things that you find in the wild, though I really love the idea here and it's not like any of the major archetypes are butchered in a way where you won't get a feel for how the deck plays. I'm even mostly happy with their build of Temur Delver, and I'm a hard man to please on that front. The only thing that is somewhat outlandish to me is the "Grixis Pyromancer" deck featured, which I can personally justify by thinking about it in terms of Legacy just being a curveball format. The deck looks serviceable, though it's more of a nod to the fact that all kinds of whacky things can happy in Legacy than it necessarily being an optimized build of a commonly played archetype.

These queues are a great intro into the format for players looking to get their feet wet, and while I personally would like to see the prize structure revisited for these they serve their purpose. Going 2-1 will allow you to break even on the 60 Play Point entry, and a third win will get you 90 Play Points and a QP. A common complaint of the Modern Gauntlet was that there was a good amount of no-showing for matches, which defeats the purpose of a queue with the entire idea being to test new decks. The only semi-guaranteed way around this is to make the stakes higher, which is somewhat counterintuitive if the appeal is supposed to be to the inexperienced. I don't know if there's a realistic way to fix the prize structure honestly, as the downsides of maintaining the current structure or raising the stakes are both obvious. As these exist, the value of the queue is almost entirely in experiencing Legacy, and to that end I hope that these are popular. It's a great format, and I hope that these are effective in widening the format's audience.

2 thoughts on “Legacy Gauntlet is Live on MTGO”