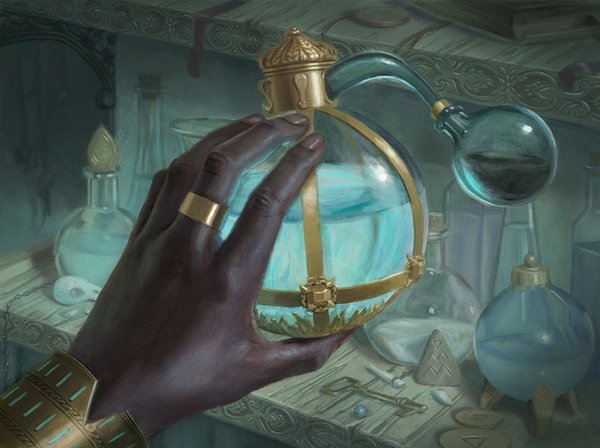 I've written about Puca Trade before with regard to the flaws of using TCG mid as a system for valuing cards, and yesterday I came accross a Reddit thread exposing a store who abused this metric to try to scum some players on Eternal Masters cards. To get up to speed on the particulars, you can find the thread here.

Basically, you can set up a want list before a set launches, and stores can post cards at higher prices to inflate the average price. A store called The MTG Place was inflating prices, and then sending cards for inflated Puca Point values to members of Puca Trade. Fortunately, by using accounts of the same name on both sites this scam was easily exposed, and The MTG Place has been banned from Puca Trade. To my knowledge no action has been taken by TCGPlayer, and there's really no issue with what was done with regard to matters only involving TCGP, and as such I wouldn't expect any action from them. It's only because of Puca Trade's system that it becomes problematic for others to list your inventory at a price that nobody would spend.

I have been told that paid accounts on Puca Trade enable users to set a max value that they would spend on a card, and while I don't know that I would spend money on a Puca Trade account, I do know that I would not maintain a want list on the site without this feature. A system with prices based on averages is easily exploitable, and while my personal preference would be that Puca Trade put effort into setting card values that were at least difficult to manipulate, given the current system the best I can do is to advise users of the flaws of the system.

If you list cards on TCGPlayer to inflate prices on Puca Trade, frankly getting banned on Puca Trade is the minimum punishment that you deserve. For honest traders, just remember that you can't always expect honesty from everybody else.

2 thoughts on ““Pre-ordering” and Puca Trade”