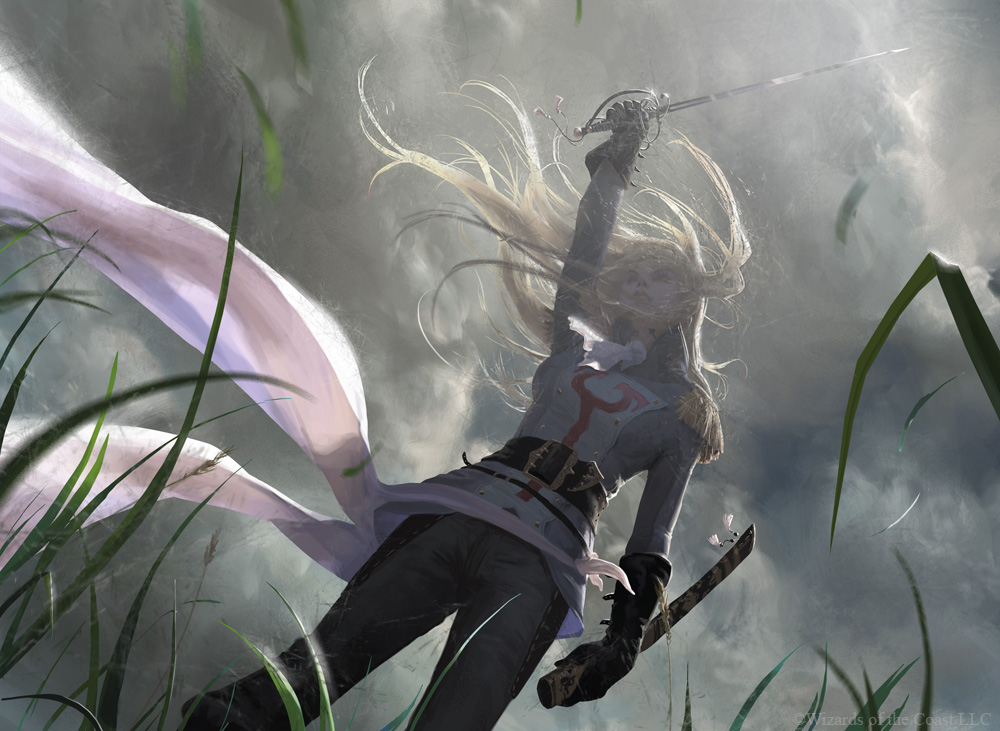 About a month ago I highlighted Thalia, Guardian of Thraben as a financial highlight of the Modern Eldrazi Taxes deck, and the window for sub-$10 Thalias looks to be closing. Since then Thalia has jumped from about $5 to about $8 and is trending up. This is in part due to the Modern Thalia decks being a lot better, and in part due to Legacy hype.

If you're interested in buying into Thalia for Modern and/or Legacy play, I recommend doing so sooner than later. There are still quite a few copies available online, though they won't last forever. Some buylist prices are already as high as the card's market price was a month ago, which is a strong indicator of future growth. Buy now, or pay more later. 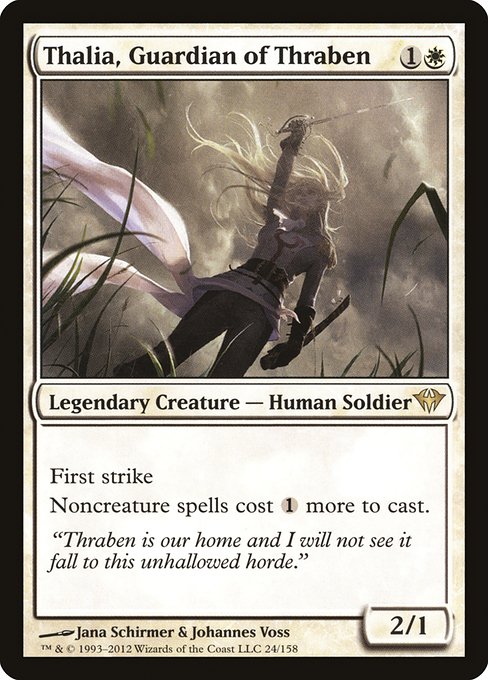 For more adventurous folk, the pack foils of Thalia are also enticing buys. Innistrad foils are currently just over $20, which puts them at about a 2.5x multiplier- a little low for Modern and Legacy staples. Further, the promo Thalia retails for over $40 currently, and it being worth more than the pack foil by that margin doesn't make a ton of sense to me. It also wouldn't surprise me if the promo started ticking up in value as well.