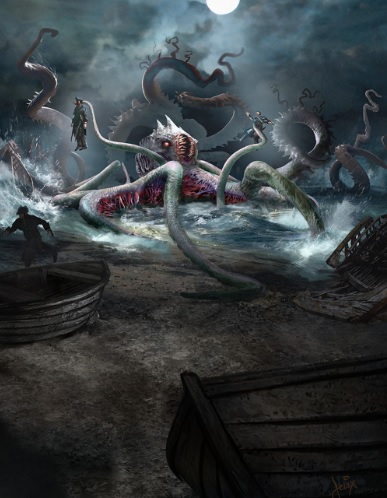 Going into the release of Eldritch Moon, there was a ton of buzz around Elder Deep-Fiend from very good players. Given the results of the Columbus Open, many seem to have lost faith. As such, the price has dropped by a small margin, and copies are available for about $3.50 currently.

Without a consensus best list to rally around for emerge, it makes sense to see an established deck like Bant Company have a strong week one while the emerge deck still has some kinks that need to be worked out. Who knows, the answer may even be Bant Company feat. emerge like the list that Jack Fogle took to a Top 16 finish in Columbus:

As more players figure out how to build an emerge deck, I expect to see the deck put up better numbers. Specifically, I wouldn't bet against it for the Pro Tour. As prices dwindle, I'm looking to bet against the cynics and invest in Deep-Fiends, because I do think that the card actually is that good. An interesting data point, is that while copies can be bought for sub-$4, SCG still has theirs listed at $8. Their impressive stock and brand recognition allows them to charge a little more, but they're not the type to ask an impossible number on a card that was tanking.