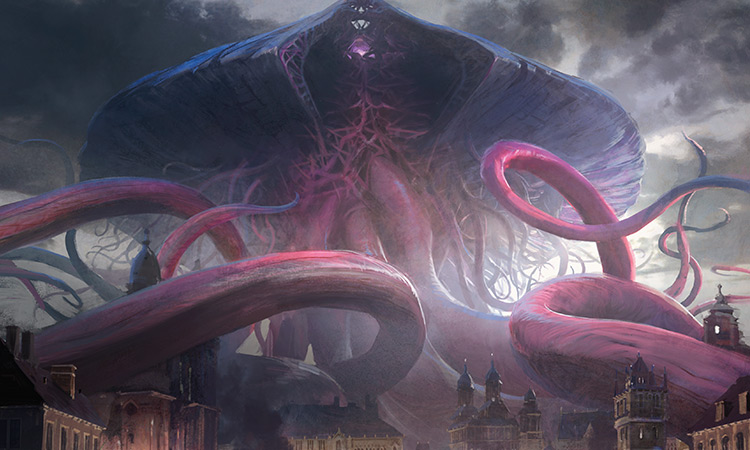 Hello, investors! Hope you all had a profitable weekend. Pro Tour Eldritch Moon has shaken the Standard metagame, as usual, and we will have to adjust our strategy. This is a great opportunity to get plenty of cheap cards as they hit their historic low. Just because something didn't perform very well at the PT doesn't mean it won't be played again in the future.

The Standard metagame in the last years has been changing every week. It's by far the most important constructed format, and Star City Games tournaments are growing and playing a larger role in price movements. All of this combined makes Standard extremely volatile.

I will be doing an all-Standard Buy, Sell or Hold this week again. Here we go:

The big winner of the weekend! Emrakul, the Promised End was played in the new decks that got everyone attention and instantly spiked. The best moment to sell Emrakul was after Day 1 when it stooped rising and investors started to liquidate at 25 tix.

If you missed the chance and still have some copies I would wait until this weekend to have a clearer view of the new metagame. The card will go up again if the field is full of Delirium, Emerge, or any other deck playing it, but it will go slowly downhill if we have a diverse metagame.

What a surprise to see the little Jace back in the super expensive range! The card is great but it will leave the format soon and this spike won't last long. I would sell Jace, Vryn's Prodigy now even if have to close the position in negative to minimize the loss. Sell into the hype!

The aggressive Eldrazi went unnoticed at the Pro Tour and that was enough to crash its price. As I mentioned above, now is a great chance to grab cards that underperformed at the Pro Tour. Reality Smasher will rebound as soon as people pick it up again, and we still have some time to wait before it leaves Standard.

The G/W Tokens deck did so bad at the PT that all of its cards crashed unless they were played in some other deck. Nissa, Voice of Zendikar didn't find a home and dropped down to 5.5 tix---I don't think she'll go any lower, though, so it's time to buy.

She is a planeswalker and a mythic, which means super fast spikes if she returns to the top tables. Maybe we could see her in a different build or even in new decks with the release of a new set. Short- or long-term, Nissa has great potential.

Eldrazi Displacer is another card that wasn't played much at the Pro Tour but which I expect to rise again soon. It should see some play again at some point before it leaves the format. Don't miss the chance now that it's really cheap.