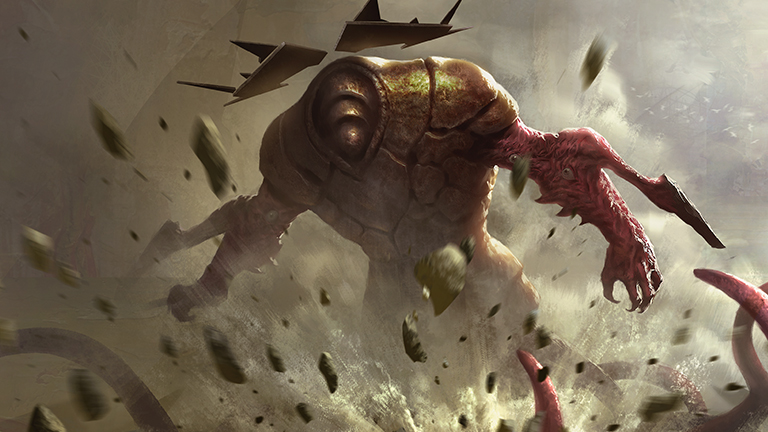 Welcome back to another  Buy, Sell or Hold! This week Wizards announced some very good news, at least for players. The Standard format rotation is being reverted back to once a year instead of twice, extending players' opportunities to battle with their Standard decks. This announcement means Battle for Zendikar and Oath of the Gatewatch will live through an extra two releases, and we will be able to make mid- and long-term investments that weren't profitable until now. Many of the relevant cards have already rebounded since the announcement, but there are still plenty to add to our portfolio. Hands to work!

Ulamog, the Ceaseless Hunger is the perfect example of a card I wouldn't have invested in during the previous Standard rotation system, but it's a good speculation target in the current one. The card had high expectations before the Pro Tour, but as it didn't perform very well, the price plummeted 50 percent.

The card hasn't seemed to find a home in the current Standard metagame, and with rotation looming under the old system, I didn't think there was enough time for the Eldrazi to find a new deck. Now that Standard rotation has been reverted, three sets will be released before Ulamog rotates. As such, I'm tagging it as a mid- to long-term speculation target, since I don't think a new deck running it will rise anytime soon,  but I also don't think it will go much lower, particularly after the announcement.

Drowner of Hope is another good example of a card I wouldn't have invested in before the announcement. The key thing here is that this Eldrazi has double chances to make you money. It could see some play in Standard, but even if it doesn't, its play in Modern Eldrazi could increase demand after Battle for Zendikar has been off of MTGO for a while. It might take a longer time to rebound, but it's also a safer speculation target.

You might not be interested in this tiny price range, but you should give it a try – every once in a while a near-zero tix card gets hyped and its price goes higher than 1 tix. See Radiant Flames, which I wrote about in last week's BSH, and went from 0.05 to a 2.5-tix peak.

Green-white decks were very promising at the first SCG open, but nobody played them at the Pro Tour. Canopy Vista hit 0.5 tix and rebounded a bit right after the announcement, but it is still super cheap. Something I learned from my trading experience is that the Standard metagame shifts very often. Rare, two-color lands should not be underestimated.

Gideon, Ally of Zendikar is one of the cards that was most affected by the recent announcement. The Pro Tour showed that it is still very powerful in the format, and it gained a few tix at that time. Then, right after the Standard rotation news, it jumped a second time. This second spike was merely speculative, and the card won't be able to maintain its price unless it's heavily played. It's better to sell it now for a moderate profit than wait on an uncertain situation.

Kozilek's Return was the biggest loser of the Pro Tour. It was a key piece of Temur Emerge and Black-Green Delirium decks, and still is, but those decks didn't have the best results – apparently they weren't the best builds for this new metagame. Those two decks were heavily played in the previous metagame, and players migrating to a new, better deck could explain the steep downfall, not to mention speculators liquidating after the unexpected results at the PT.

The market might be overreacting, but the price of Kozilek's Return for the following days is uncertain and will be very volatile. Keep in mind the card hasn't even reacted to the rotation announcement. In this scenario, I recommend using the close-if-profitable, hold-otherwise strategy.