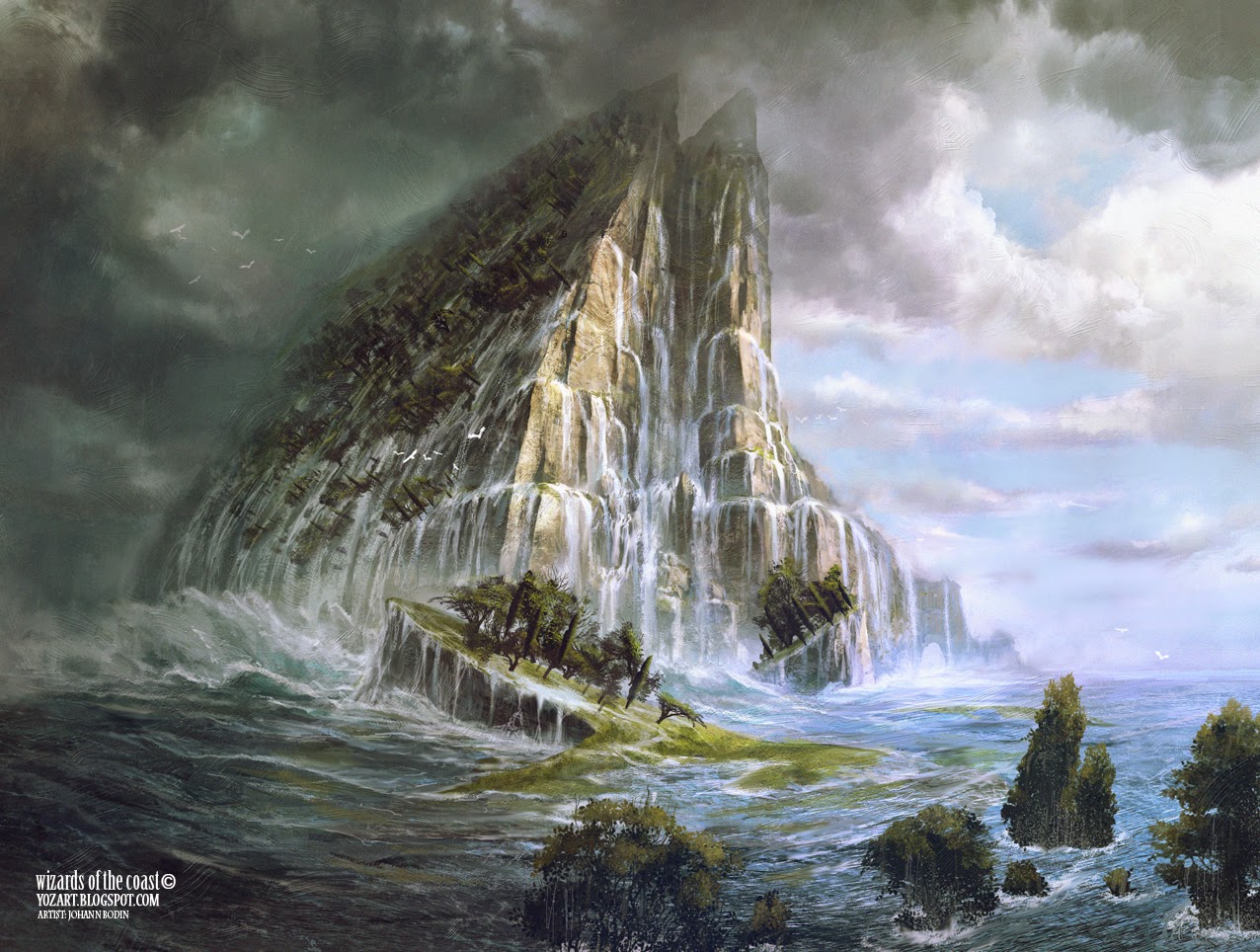 For a few months now I've had a sneaking suspicion that Standard speculation is a dying practice, but the point was really drilled home for me last week.

I wanted to practice Standard in paper for a local ICQ last week and had difficulty finding events that could even attract enough players to fire. Never, in my entire time playing Magic, have I ever found myself in a position where it was difficult to find a Standard tournament on a weeknight that could get eight players.

Yesterday I wrote about some of the reasons for Standard's lack of popularity on Channel Fireball. I get that Standard kind of sucks right now, but it certainly isn't the worst Standard format that I've ever played. There is no oppressive Collected Company or Rally the Ancestors. There is no Affinity, Faeries, or Bloodbraid Elf. Yet, the fact remains that people just don't seem enthusiastic to sleeve up B/G Delirium vs. U/W Flash and actually play Standard.

I want to play, but only because I have tournaments to practice for coming up. If I had a choice between formats to play, I certainly wouldn't choose Standard. I'm not alone. I see Modern as a format that people actively want to play, whereas Standard is a format people play because they sort of have to.

There's another factor that I find troubling when it comes to Standard finance. The Hareruya guys have been putting a lot of resources into supporting a new format called "Frontier." The rules for Frontier deck construction are simple: Magic 2015 forward.

Frontier would be a non-rotating format like Modern, except it would shave off a huge portion of the older cardpool and focus on newer printings. When we consider that the majority of problematic Modern cards predate 2015, it makes sense that Frontier could be an easy-peasy format from the development/balancing perspective.

It reminds me of Extended, back when Extended was a rotating format that was meant to feel like the greatest hits of Standard from the past three or so years.

If you are looking for great Frontier cards, you need only use common sense about what has been great recently.

Collected Company is a great card and would certainly live on in Frontier. 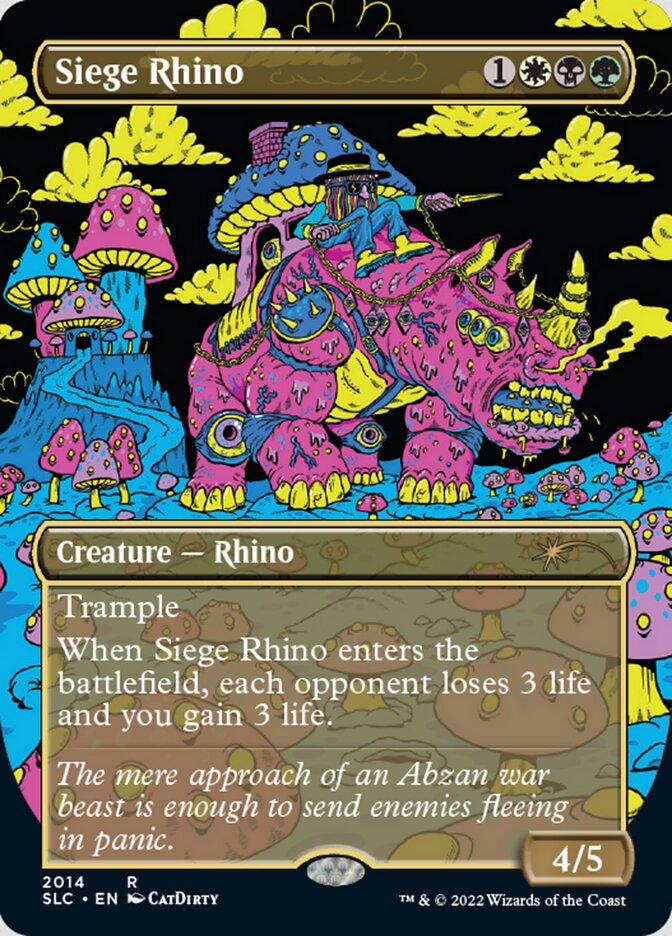 Yeah, there will certainly be Rhinos in the frontier. They are cheap right now and could be a great little investment card in case the format takes off.

Dig may be banned in Modern and basically a bulk rare, but it could be a great staple for Frontier. You can get these for about fifty cents a pop right now. 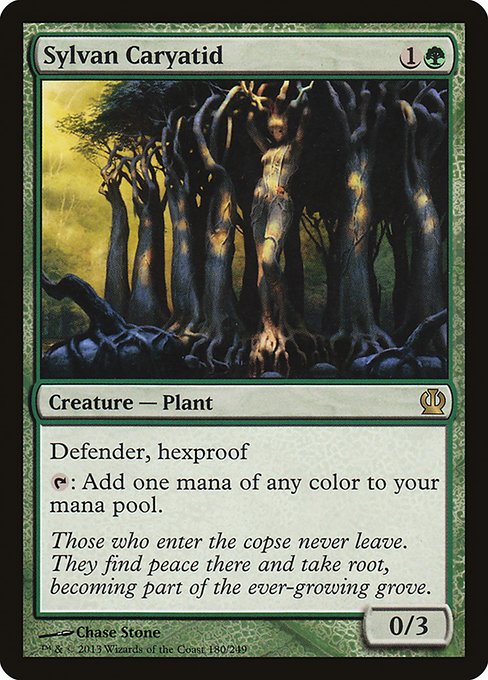 Another great card that doesn't have a home right now but could be a big player in Frontier. I really like this card as a cheap pick-up, and I hope that the format sticks. 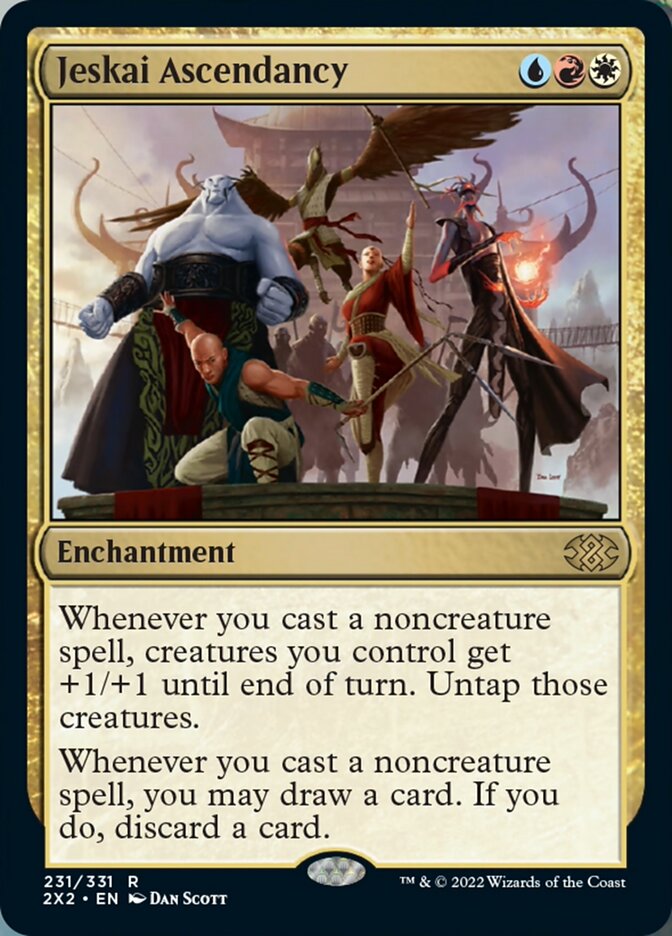 Another cool combo card that also plays nicely with Sylvan Caryatid and Dig Through Time in Frontier. I think Jeskai Ascendancy is also underrated in Modern right now. I keep losing to it on MTGO which tells me it's better than I've given it credit for.

If you want to buy in on the possibility of Frontier, I wouldn't blame you in the slightest. Tomoharu Saito is a smart business man, and if he's pumping money into tournament support for the format, I'm game to follow suit and pick up staples. Also, I really like the idea of the format. Modern is great, but it feels too big, and it's starting to get too broken and kind of boring to the average player.

There's a reason random formats like Pauper, Highlander, and Tiny Leaders pick up steam with players: people want to try something new. Frontier feels like the kind of "something new" that players would really enjoy picking up and playing. It says a lot that as a tournament player I would infinitely prefer to play a format like Frontier over Standard—I feel like a lot of other players would feel the same way.

There are not nearly as many people playing Standard now as there used to be. I used to buy a couple of boxes with every new set and keep a playset of Standard on hand to build decks with. I haven't bought Standard cards in a year now since Shadows over Innistrad.

I've noticed a trend where people just don't want to buy Standard cards because they're such a bad investment. You buy the cards, you have them for a few years, and then they're worth literally nothing. It's a poor return on investment.

It also turns out that with fewer players buying into Standard and playing the format, it's a lot more difficult to flip Standard cards when they break out. When demand is depressed compared to past years, those "hot" cards are comparatively less hot, and any price spikes may be shallower and less likely to sustain.

My theory is that Standard singles are overpriced based on the demand. There has always been a sort of formula that predicts how much Standard singles ought to be worth. "It feels like a $10 card, etc." However, if Standard is being played less, it makes sense that the format staples should be worth less too.

We also need to factor Masterpieces into the equation. If every third box automatically has a $30-plus card, that should drive the cost of rares and mythics down by some amount.

My current trading agenda involves getting out of all the Standard cards I own at face value, and turning them into eternal and Modern staples. Reserved List cards are the gold standard because there's no chance for a reprint.

Subsequent Modern Masters sets can affect the price of Modern singles, but dual lands, Legends, and Arabian Nights rares have no chance of coming back, which makes them the ultimate MTG investment opportunities.

To touch once again on the Frontier format, I also love that the majority of those cards won't be ripe for Modern Masters 2017 reprintings, which makes them fairly solid. My investment policy is always to buy low and sell high, and many of these Khans of Tarkir and M15 staples are about as low as they can be from a casual perspective, with nowhere to go but up.

While the Reserved List is obviously the best place to park one's money, it's often difficult to find people who are willing to trade Arabian Nights cards for Standard staples. I'm intrigued by the prospect of turning my potentially overvalued Standard singles into bottom-of-the-barrel Frontier staples that have a lot of room for growth.

Imagine how valuable junk cards like Mantis Rider could become if Frontier takes off and becomes a sanctioned format. It could be a bust, but if it ends up happening there is a lot of opportunity for getting in on the ground floor. Happy hunting!