Welcome back, readers! I don't know how many of you are paper-only players like myself, but I definitely advise you to review the weekly MTGO Market Reports. MTGO seems to develop a lot of the metagame changes and trends that we then see mirrored in the paper metagame a bit later. This means that smart players who find MTGO trends quickly can buy into strong speculative investments earlier (and typically at a lower price).

That being said, there's a lot of work/effort behind that, and for someone who doesn't really use MTGO it can be a bit confusing at times. There is, however, one aspect that isn't too difficult to accomplish that can be quite lucrative if you pay attention. I'm talking about redemption, of course.

Running the Numbers on Redemption

One of my favorite parts about the weekly Market Report is the table showing the MTGO set buy price, next to the TCG Low and TCG Mid prices. The focus of the author, Matt Lewis, tends to be on the price trends of the sets in relation to their previous prices (reflected in weekly and monthly changes). However, my interest lies in the difference between the MTGO set price and the TCG Low/Mid prices.

It's important to keep in mind that in order to redeem sets on MTGO you end up paying Wizards of the Coast an additional $25 per set redeemed—so you only want to consider doing this when the MTGO set price is considerably lower than the TCG Low price. To determine that, I typically look at the MTGO set price as a percentage of the TCG Low and Mid prices.

For an example, let's look at Shadows over Innistrad from the Oct 26 report: 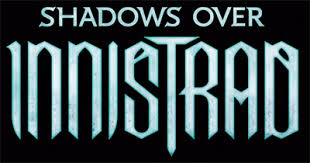 Set value as compared to the TCG Low/Mid prices:

Now let's factor in the $25 per-set redemption fee and do our numbers again:

Now we have to factor in shipping costs, which is a flat $2.99 for any number of sets. (The official Wizards page on redemption doesn't specify a limit but does say that it works for "a hundred sets.") So this fee affects your percentage differences, but it's amortized over the number of sets you redeem. The more you redeem, the less it affects the cost on a per-set basis. You can see this in the chart below:

From these data, your potential profit can be calculated by subtracting the percentage difference from the price you tend to sell cards at (whether that be TCG Low/TCG Mid, or something else).

But that makes one huge assumption: that you'll actually sell every single card in the set at said prices—a pretty bold assumption indeed. You are far more likely to sell a few of the highly liquid cards while the others don't move. This is why it's critical to understand what in the sets is actually driving the price.

What we're looking for is a small number of cards soaking up a large percentage of the set value. If five cards make up 90% of the set value, then selling just those five cards may well hit our break-even point (or even make a small profit). Let's look back at Shadows over Innistrad and highlight the top five cards (and see how much of the set's value they make up).

This means that if you sell the top five Shadows over Innistrad cards at TCG Low, you'll have made about $48, but you had to invest over $78 (the exact number again depends on the number of sets redeemed). Thus you are still in the red. If you were able to sell them at TCG Mid, you still would have only made around $63, which is $15 short of your initial investment.

So the key takeaway here is to determine how easily you can move the more valuable cards in a set and for how much.

Now let's do the same breakdown for Eldritch Moon. 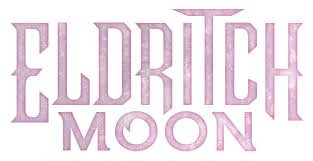 The table below factors in both redemption and shipping costs.

If you sell on the Mid there's some potential, but let's look at the top five cards of the set and see when you'd break even.

Despite the fact that Liliana, the Last Hope soaks up a lot of the set's value, if you sold the top five cards at TCG Mid you still wouldn't break even. In fact you'd need to sell all five of those, as well as Tamiyo, Field Researcher, Ishkanah, Grafwidow, Spell Queller, Collective Brutality, Elder Deep-Fiend, Collective Defiance, and Eldritch Evolution to be right around the break-even point.

If you own a store with a lot of active Standard players, redeeming sets online might make a lot of fiscal sense. But it is heavily dependent not only on the MTGO set price, but also the price breakdown of the cards in the set.

When you see a big divide between the MTGO price and the TCG Low/Mid you might want to take a closer look at the set. If a few high-demand cards are soaking up a lot of the set's value (and you think you could sell them relatively easily), then redemption is an option.

For an example, about a month ago redeeming SOI sets was a better proposition. At that time they were only 53 tix on MTGO, and you needed to sell just the top eight cards to break even—everything after that was profit. This is a great way to make extra cash, keep your store's stock well maintained, and leave you with a lot of random bulk that may or may not be profitable down the line.

One final caveat is that TCG Low isn't a really great figure to look at, because the lowest-priced cards almost always have really high shipping costs. So that's not the true cost. However, there are a lot of Facebook selling groups that use TCG Low (so there are people who sell at those prices regularly and move cards rapidly because of it).

One thought on “Insider: To Redeem or Not to Redeem”