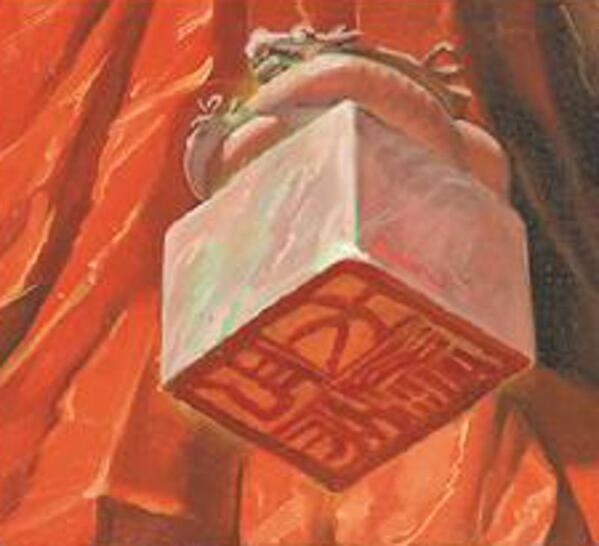 We're gotten some amazing judge promos recently, such as Force of Will and Mana Drain, and the coming wave continues to deliver. If you haven't yet seen this on Reddit, feast your eyes on the upcoming promo: 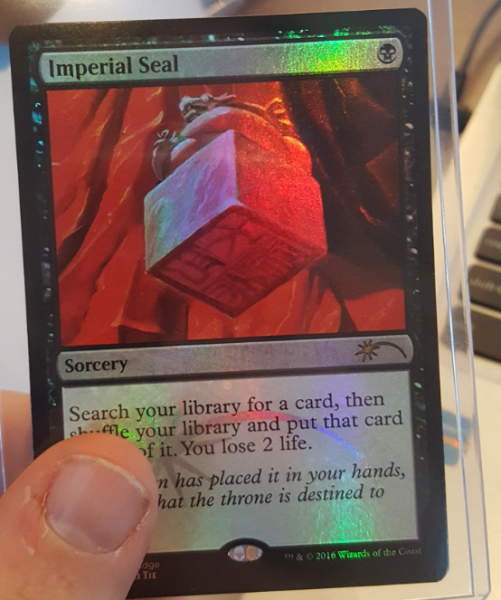 As we saw with the Mana Drain and Force of Will promos, the price on these will open much higher than where it will ultimately settle. English copies of Imperial Seal are very difficult to come by given Portal: Three Kingdoms being their only printing, and their market price is currently in the $500+ range. The judge promo is likely to open up in the ballpark or higher.

Over time, the price of the foil will lower, and given that Imperial Seal sees such little play and the demand is so low, you can also expect to see a dip in the price of the Portal version. I don't know how much English copies will drop given their relative scarcity, though for the sorts of format that people play Imperial Seal the foil will generally be preferred. I fully expect Japanese copies to take a significant hit.