Recently I've been reading a lot of articles (and forum posts) about fellow Magic financiers' growing fear of their investment. There are some valid points brought up. I know I like to quote him a lot, but I think some wisdom from Warren Buffet is again applicable here. When asked about his investment strategy, this was Mr. Buffet's response: 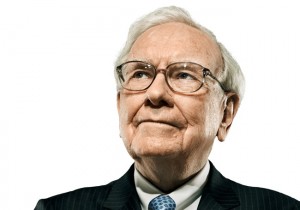 Currently we have a lot on the fearful side and with prices slipping, the greedy side seems more empty than usual. This is actually a prime time to invest. However, we want to take a well-reasoned, measured approach.

Over the past few weeks we've seen a few spikes in cards like Bloodspore Thrinax, Spike Weaver, Arcum Dagsson, Contagion Engine, and Teferi, Temporal Archmage. What do all these cards have in common? They are all very good in Commander. 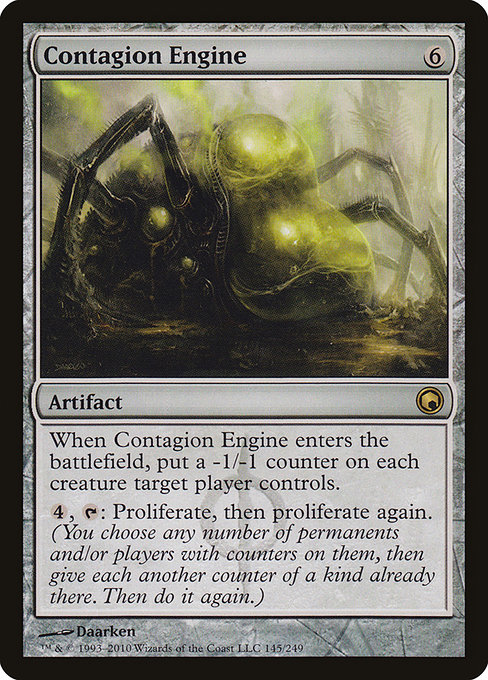 The important takeaway here is that while competitive Magic may or may not be stagnating (with regards to deck choices, etc.), casual Magic appears to be flourishing. The new Commander decks have provided your local Timmy/Tammy with a whole slew of new cards meant for their favorite format. And that player is clearly happy to brew and pick up the cards that they need for that deck.

I expect we'll continue to see Commander cards moving throughout this holiday season thanks to the new commanders. I've already done two articles highlighting potential cards (where I called the rise of Contagion Engine and Spike Weaver), which can be found here and here.

Now let's get focused on our strategy moving forward. What exactly do I mean by "well-reasoned" and "measured?"

I have repeatedly mentioned a few of the factors I consider when looking to speculate on a card. However, for newer readers (or those who don't want to dive into my four-plus years of articles), I'll reiterate them here.

I know Sigmund keeps talking about the Reserved List but it's definitely an important factor in a card's growth potential. Wizards has doubled down on their commitment to their promise never to reprint any of these cards (we won't get into an argument regarding its validity or necessity here). To me this says that any card on the Reserved List has more speculative potential than any card not on it.

When you have a limited amount of any given commodity (and no more can ever be created), then your supply is fixed and the price is solely dependent on demand. If there's a spike in demand then it will be followed by a strong spike in price.

That isn't to say you should rush out and buy a bunch of Reserved List cards willy-nilly. There are a lot of bulkish rares on the Reserved List (thanks, Homelands and Fallen Empires) that will likely never see play in any format, including casual. However, my personal approach is never to trade away Reserved List cards, no matter how middling they are, unless I'm getting something I really want (which nowadays is hard to find).

2. When was the card last printed?

The Magic playerbase has grown by leaps and bounds since I started playing back in 1997. As sets were printed to demand, this means that older cards tend to be rarer. Generally speaking, the more time that has elapsed since a card's printing, the fewer copies that are available. This is important because a smaller supply is correlated with bigger price spikes when demand increases.

3. Has the card been printed multiple times?

I keep re-iterating that the fewer copies of a card there are in the potential supply base, the more potential it has for larger price swings with an increase in demand. This is just the basic economic principle of supply vs. demand. The more printings a card has (especially large mass reprintings like you see in a Standard-legal set), the more copies that have to be bought up on the demand side for the price to move.

Now, this isn't to say that I won't speculate on a card that has been reprinted. However, I keep this in mind when considering how many copies to buy, and the price point I'm hoping it will reach.

4. What format is this card played in?

The first three factors look at the supply side. This is the first one to consider the demand side. The more formats a card is played in, the more demand we can expect to see—and thus the higher any price jump will likely be.

It's also important to consider that the competitive formats (Standard, Modern, Legacy, Vintage) all allow up to four copies of a given card (save Vintage and the restricted list). This means that if a deck in one of those formats suddenly sees a huge spike in demand, four copies of the card will be needed by each player wanting to play it.

This is going down a level deeper, but the reason this is important is that in certain formats specific colors tend to be more powerful. In Legacy blue cards are more powerful simply because they can be pitched to Force of Will. In Commander green cards are valued higher simply because green is the main color of ramping, which is probably the most consistently successful strategy.

This also means that I tend to pay extra attention to cards that are colorless, simply because they have fewer restrictions on where they can be played. This factor again plays into the demand side of the equation.

6. What is the mana cost of the card?

Similar to point #5, different formats tend to value mana cost differently. Most competitive formats care a lot about the mana cost. Imagine if Tarmogoyf cost 2GG—he would see considerably less play, and possibly none at all.

The Commander format is the exception to this "lower is always better" rule. This format seems to value power level more so than speed (though that isn't the case with every deck). This is why players are happy to cast Time Stretch, despite the fact that it's a 10-drop and basically just two Time Warps stapled together. 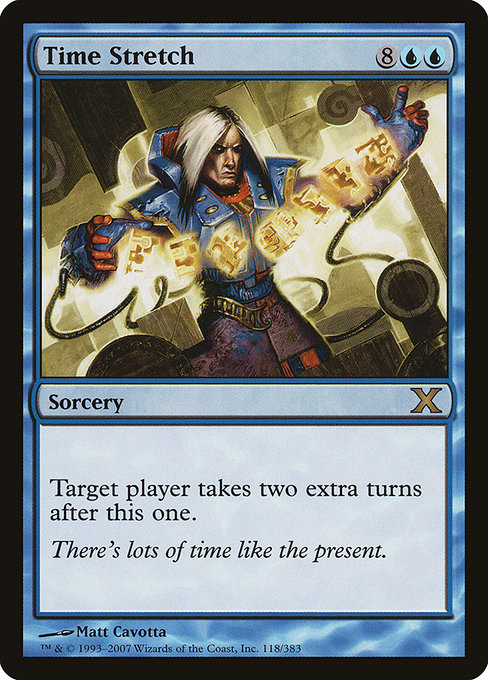 Identifying a card we think will appreciate in the future isn't the end of our work. We need to make sure our approach to buying and selling the card makes sense in the context of the real-life market.

I can tell everyone firsthand how much I enjoy the rush of picking out a solid speculation target that meets my criteria, scouring the internet for cheap copies, and then buying as many as I feel is warranted. On the other hand, I can also tell you how difficult it can be to unload larger quantities of cards after they've risen in price.

It's absolutely critical to remember that buylists tend to be based off a percentage of a card. This is especially important when considering more expensive speculation targets.

Let's look at Doubling Season for an example. This card has seen a 35% increase in the past week. But its starting price of around $45 means that even after this increase the buylists are still sitting around $35 each. 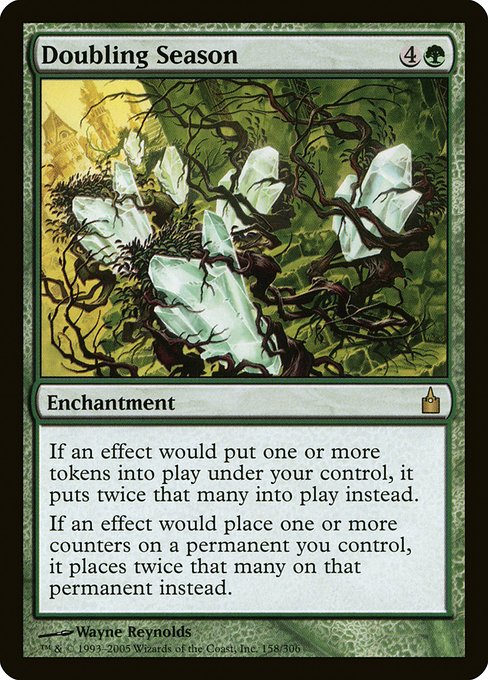 So while the retail price is up $20, the buylist price has only moved up by about $5. The buylists may continue to move up a bit if the new price sticks (and there is little reason to believe it won't). But the more important thing to notice is that if you had purchased a lot of these, you wouldn't be able to unload them to a buylist and make a profit yet. Even with a $20 price increase.

This is why I tend to avoid the higher-cost speculation targets. These cards tend to be harder to move in large quantities because most stores don't want to pay out a huge sum of money for lots of copies of one card (which they then have to find buyers for).

The takeaway here is threefold. First, look at a card's growth in terms of percentage and not dollar value (or whatever currency). Second, have a plan for unloading any speculation targets if and when they hit. Third, if you think you'll have a difficult time moving them after they hit, invest cautiously—pick up a smaller number of copies instead of going all-in on, say, 40-plus copies.

The major caveat to these considerations are spec targets that can be picked at bulk price. The only way you can lose money on these is if the bulk rate itself drops (which, to be fair, is happening in some places). Otherwise, you can always cash out for what you put in. I think of it like buying casino chips—I can sell them right back in a year or more at the exact value I paid for them (assuming the casino doesn't go out of business).

Hopefully most of you haven't been scared off of Magic speculation due these competitive-format doldrums we appear to be in. I also understand that Wizards's small reprint of Eternal Masters has some players spooked regarding the safety of sealed product. I'm actually with you on that one, though I honestly don't have much invested in it.

WoTC has always had the ability to reprint any set, pack, or card not on the Reserved List, but just hasn't chosen to do so. I don't know if anything in Magic is a long-term hold anymore, but that doesn't mean there isn't opportunity for speculation. It just means we may have to reduce our expectations of gains, and sell sooner rather than later. Take a well-reasoned, measured approach moving forward and you should be fine.

6 thoughts on “Insider: Strike While the Iron Is Hot”