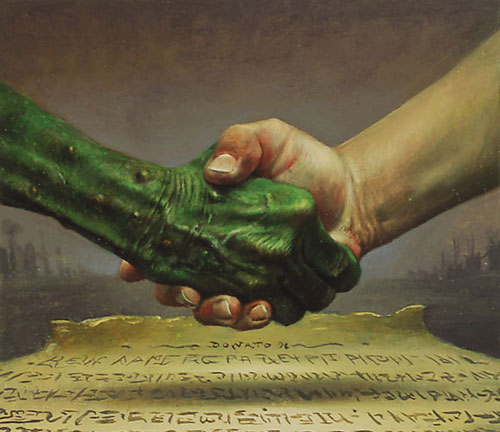 It’s time to take a break from all this negativity. Since proclaiming my decision to move out of Legacy, I have done very little buying and selling beyond this singular focus. In fact I haven’t done any MTG buying at all. The hobby I’ve been buying deeper into lately is vintage video game finance, given the recent surge in interest sparked by the Nintendo Classic and the Pokémon craze. But that article is perhaps for another website.

Sure, there have been a few opportunities here and there as evidenced by the MTG Stocks Interests page. Clearly, opportunities still exist, especially in the casual and Commander realm where growth continues relentlessly. 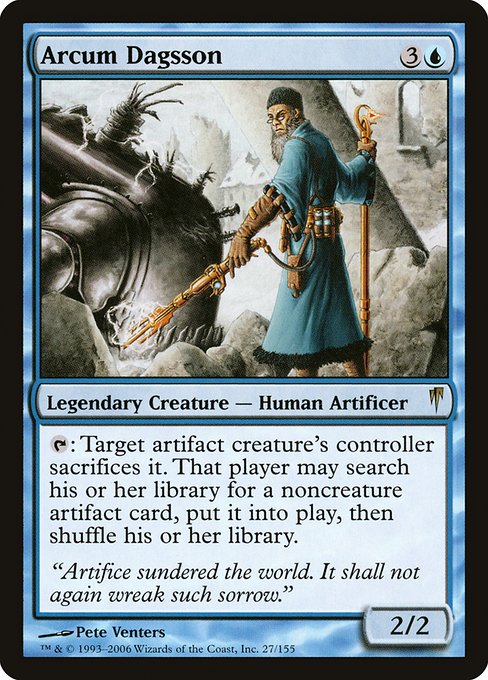 But I think there may be another buying catalyst on the horizon: Donald Trump.

Now, before you close this window and deem it hopelessly polemical, rest assured this will not be a political article. I have no intention of passing public judgment on the president-elect—if you want to know my political opinions, you can talk to me privately about it. I won’t showcase my beliefs on a finance website.

That said, there was a great deal of profound rhetoric Mr. Trump pronounced while he was running for president. While I don’t think he can possibly deliver on all of his campaign promises, there are some general trends that have unfolded since Election Day. These trends are being driven by expectations of what a Trump presidency will accomplish.

I could delve into a complete macroeconomic analysis here. I truly enjoy economic study, and the behavior of the global markets since the election have been nothing short of fascinating to me. Surges in interest rates, crashes in the Mexican peso, massive rebalancing of stock portfolios—it’s all been very sudden and very drastic.

Rather than go into every detail, I want to focus instead on one trend. This trend has the ability to influence the MTG market and create new buying and selling opportunities. This trend must be monitored closely, because the movement we’ve seen has been significant. This trend must be followed because it has become relatively volatile in the market.

The trend I’m talking about is the U.S. dollar:

While the chart above, depicting the US Dollar Currency Index, is not as flashy as the chart for, say, a regional bank, the fact that our currency has strengthened this much in just a month’s time can be a bit of a shock to the market.

For instance, the U.S. dollar is now worth $1.33 Canadian and ¥113.50 Japanese. The euro is very nearly at parity to the U.S. dollar, and I suspect the two will invert very soon—perhaps after the Italian referendum vote coming up. While these disparities aren’t all-time highs, they indicate large jumps off recent pre-election lows.

Here’s where it gets interesting. Due to a number of factors I won’t get into in this article, I believe the U.S. dollar is poised to get stronger in the near term. That will mean that foreign currencies get cheaper. While that may mean devastating things for multinational companies that do significant business abroad, this could be a boon for MTG speculators stateside.

Allow me to illustrate with an example. Consider Chromatic Lantern, a fitting card given its spike over the weekend. 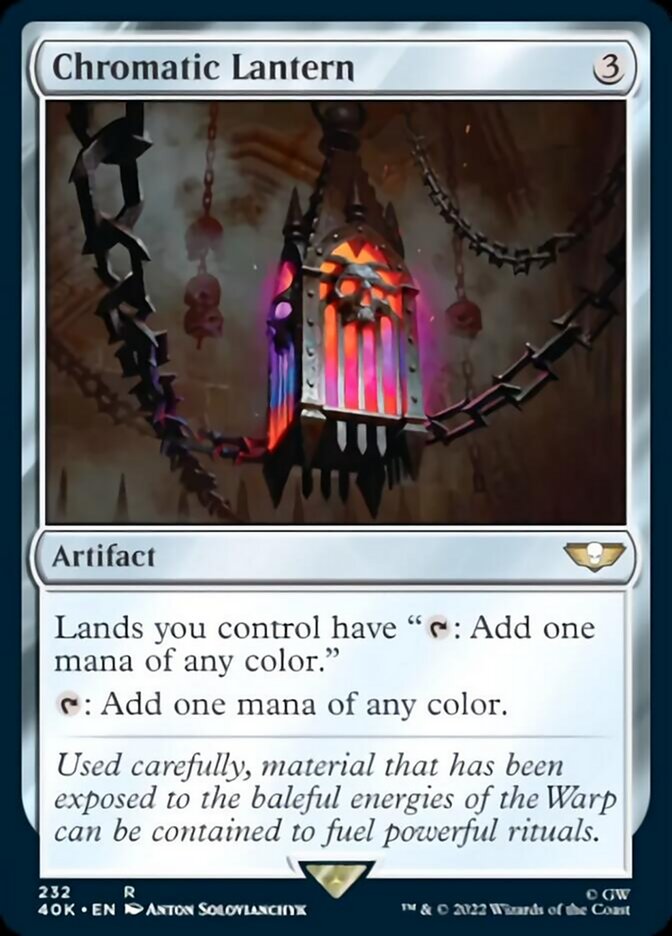 Currently, the Japanese MTG retailer, Hareruya, is sold out of Chromatic Lantern at ¥300. Using the previously mentioned conversion rate, that’s around $2.65 USD. If I do a quick search at Star City Games’s website, I see they’re paying $4. That’s 50% profit strictly based on arbitrage alone!

Now imagine what happens if the U.S. dollar becomes even stronger due to rising interest rates and a Republican-based presidency. Suddenly a dollar may buy even more yen, making that Chromatic Lantern even cheaper to purchase in U.S. dollar terms! The higher the dollar strength rises, the cheaper buying cards internationally becomes.

As it turns out, Hareruya is completely sold out of English Chromatic Lanterns, so clearly someone already beat me to the punch on this one. But there are certainly other opportunities out there—especially when it comes to casual and Commander staples.

Another benefit from shopping at Hareruya or other Japanese shops is their attention to condition detail. One of my favorite shops here in the U.S. is ABU Games. But they have one major flaw: their grading system. How can you possibly bucket cards into only three categories, Near Mint, Played, and Poor? That’s absolutely useless, especially on high-end cards like Alpha, Beta, and Unlimited cards. Isn’t that supposed to be what they’re known for?!

With Hareruya, you can shop high-end cards confidently knowing the condition will be well-articulated. While writing this article, I found (and purchased) a Beta Royal Assassin for ¥13,000 (about $113). 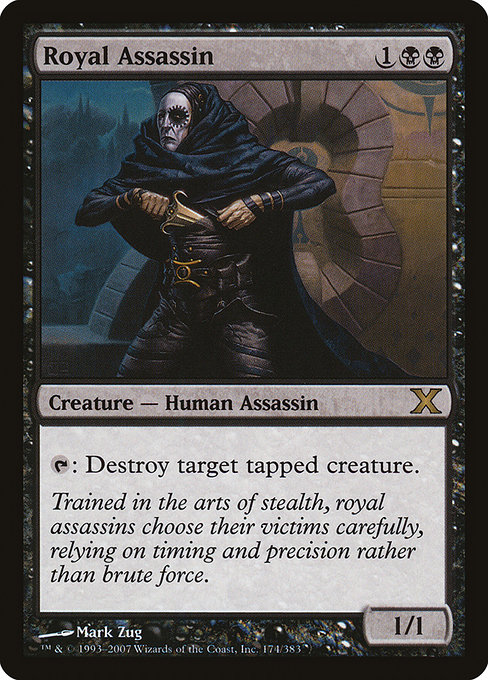 Channel Fireball is paying $150 on their buylist so it should be easy to arbitrage this card for an easy $30. What about condition, you ask? The card’s condition was listed as NM+, meaning it will likely be grade-worthy! And if a card’s condition is not listed, you know the card is NM+ to EX, which, when you look at the site’s grading guide, is pretty attractive and will likely fetch NM buy prices at most vendors.

The arbitrage didn’t stop there. I also found a NM+ Beta Wheel of Fortune for ¥48,000 ($418). Star City Games’s buylist is paying $500. Given that this card is guaranteed to be Near Mint, this represents significant arbitrage-based profits. You can see how these numbers add up quickly and they get more attractive the stronger the U.S. dollar becomes.

Okay I’m Convinced, What Else Should I Know?

First, you need to keep in mind that shipping isn’t going to be cheap coming from Japan. I went through the procedure to check out at Hareruya and I see that shipping will cost me ¥2,000, around $18. While expensive, it’s definitely worth it because they package their cards very well and cards arrive often times within a week. Still, this will eat a chunk of your profits so make sure your transaction is large enough to justify these costs.

Second, don’t forget there are currency conversion fees. When I last made a purchase from Hareruya my credit card company charged a nominal fee based on the size of the purchase. Different banks and credit cards will have different fee rates, so you may want to research this before attempting arbitrage.

Third, don’t forget to check other Japanese sites. The other one I’m aware of is called Tokyo MTG. I have interacted with that site’s owner in the past and he is a great guy, so I can vouch for this site as well. There may be others too, but I don’t know them all so I encourage you to leverage your network to find them.

Fourth, don’t forget currencies beyond Japan’s! The Canadian dollar is very inexpensive relative to recent history, so stores that operate in Canada may have favorable buying conditions for arbitrage. Face to Face Games comes immediately to mind, but I’m 100% certain there are others that will ship internationally.

Finally, when pursuing arbitrage, I encourage you to trend off the beaten path. If you research the game’s hottest staples (Tarmogoyf, Liliana, the Last Hope, Underground Sea, etc.) you won’t likely find much opportunity. Stores usually stay on top of the prices for their biggest sellers, so it will be very rare that you’re the first to discover arbitrage in these singles. Instead, look towards cards that may be overlooked, such as some Old School playables, nice Alpha and Beta collectibles, and casual stuff.

Whether you’re a Republican, a Democrat, or an advocate for a third party, the impact of our president-elect’s November victory can help us make money in Magic. Given the recent trends in the U.S. dollar triggered by Donald Trump’s victory, it would behoove us to pay close attention to the evolving market to look for arbitrage opportunities. We had a chance to do so a handful of months ago; then the dollar weakened and those opportunities were erased. But they’re back again, which means it’s time to do some shopping!

Keep an eye out for deals from Canadian, Japanese, and European online retailers. There will be more and more as the dollar gets stronger. And with pending increases in interest rates on the horizon, this trend may be here to stay for the foreseeable future.

But be careful—this trend may reverse on a moment’s notice. It only takes one statement or one decision from the Fed or Donald Trump and the trend could change. Inflation may become a concern if our nation’s debt levels become precarious. Such trends would hurt the U.S. dollar. As always, agility will be crucial for success here. Stick with Quiet Speculation, and we’ll help you navigate some potentially tumultuous times ahead!

6 thoughts on “Insider: The 2016 Election’s Impact on MTG Finance”