At approximately 8:00 p.m. EST on Friday, a potential Amonkhet spoiler was posted on Imgur and shared to Reddit. 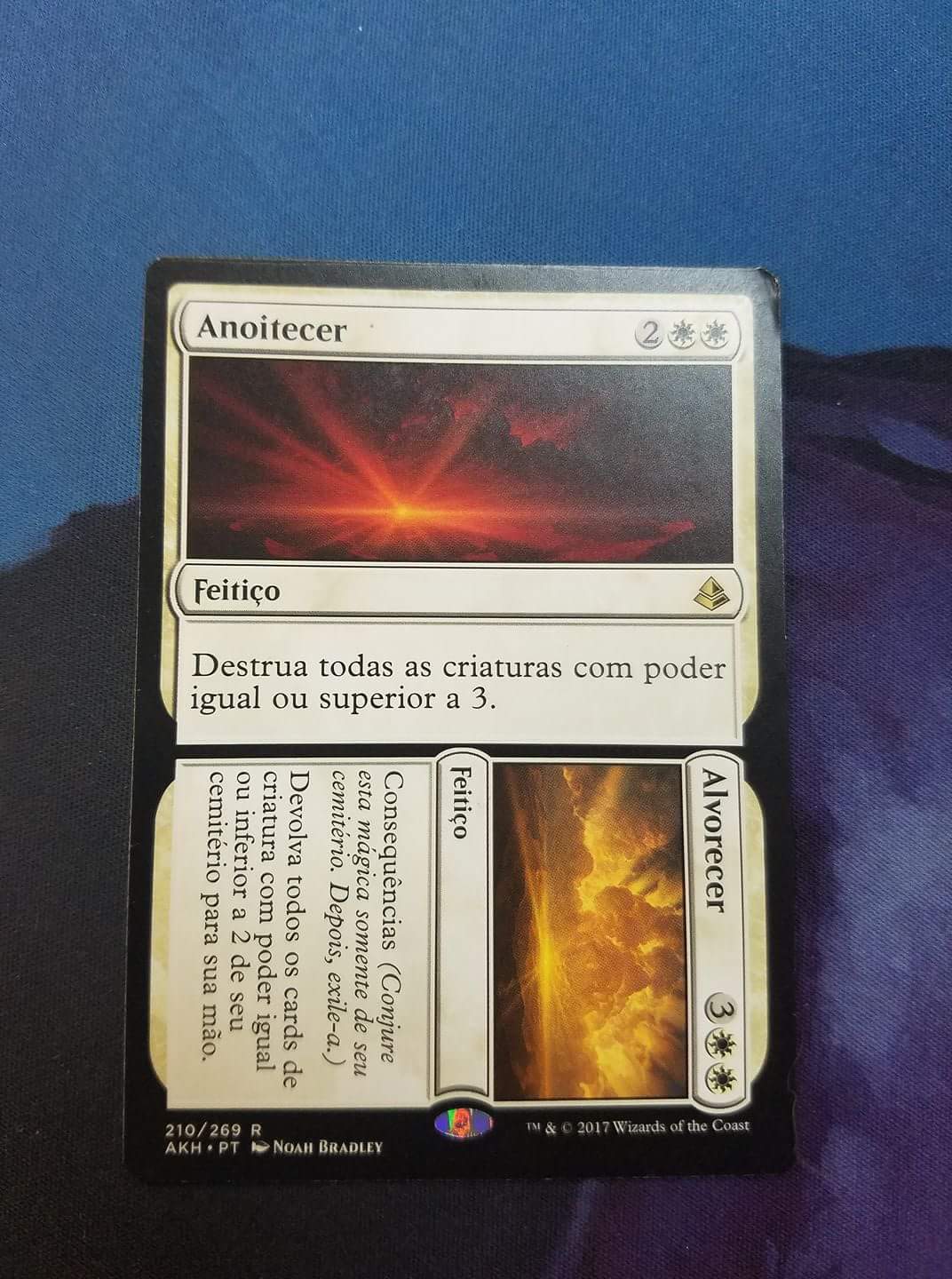 Translated from Portuguese, the text is as approximately as follows:

Dusk 2WW
Sorcery
Destroy all creatures with power 3 or greater.
//
Dawn 3WW
Aftermath (cast this spell only from your graveyard, then exile it)

Return all creature cards with power 2 or less from your graveyard to your hand.

As far as the source, the poster “nerdyfanboy1” claimed:

Ok so a friend of mine posted this on his Facebook. Said he pulled it from one of his modern masters 3 boxes. So that's my source

And later followed up with:

Aparently it's someone at my shop who opened this, Im going to confirm it's real but there's another photo of it with a different background, and he's not the kind of guy to photoshop this for Karma, so this is as close to confirmed being in Amonkhet as I can give right now.

It sounds plausible enough that a mistake at the printer could have slipped an Amonkhet card into a Modern Masters 2017 pack. Regardless of where the card came from, the consensus online seems to be that the card is genuine, and that means Amonkhet has arrived.

The card introduces a new mechanic, approximately titled “Aftermath”, which is functionally a return of flashback, but with the twist of providing an alternate effect when cast from the graveyard. Aftermath is also similar to split cards, but because it doesn’t actually offer the added utility of two options when in hand, a more apt comparison is the Champions of Kamigawa-era flip cards, which combined two cards in one with special conditions for accessing the second half – in this case, the special condition is it being in the graveyard. Looked at pragmatically, it’s one spell when cast from hand and a second when cast from the graveyard, and because it's like flashback cards and can be cast twice, it’s a form of card advantage.

This leaked card also has apparent synergy with itself, so it’s a powerful card with the potential to be built around. With the first half removing large creatures and the second half acting to recycle smaller creatures, it’s a great fit into the sideboard of an aggressive white deck filled with smaller creatures as a way to combat large creatures. In Standard, it would be a great fit into an aggressive deck like Mardu, or the even more aggressive and creature-filled Red-White Humans, as a way to defeat a deck like Black-Green Snakes and its Verdurous Gearhulk-powered creatures. It’s a boon to white decks as an alternative sweeper cheaper than Fumigate and with more upside, and it’s certainly bad news for Black-Green Snakes, which is already down on its luck without a real seat at the table in the Mardu and Four-Color CopyCat metagame. It even seems effective against control decks, where it would destroy Torrential Gearhulk and return creatures for value. There’s certainly a ton of casual appeal for the card, and there’s theoretically applications in Eternal formats, where white aggressive creature decks continue to thrive.

What’s exciting about the spoiler is that it implies there are more cards with the mechanic to come, and likely a cycle of rares in all colors. The floodgates for speculation on the remaining four parts of the cycle have been opened, and while it’s impossible to predict exactly what they will be – if they'll be – what is certain is, at heart, they are flashback cards, and that means they are a payoff for the graveyard and will play well with any sort of self-mill effects. They could be a big boon for Black-Green Delirium, for example, if quality cards in the cycle are printed in those colors. The red and blue offerings could be right at home in the Blue-Red Zombies decks with Cathartic Reunion and Tormenting Voice to get them in the graveyard. All of the cards will offer card advantage, and the blue offering might be especially attractive to a control deck.

Amonkhet will be released on April 28, 2017, with the prerelease on the 22nd of April, so the spoilers weren't slated to start for a few more weeks. WotC doesn't take leaks lightly, and it will be interesting to see if there is any response from them.