One of the first rules of MTGO finance is that it doesn’t necessarily follow the rules of MTG finance. It is its own beast – its own game.

Advocate of the Beast 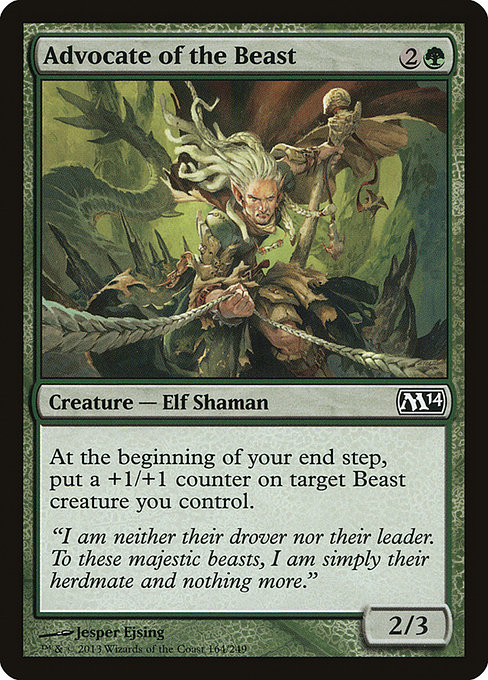 The reason is simple. The average values of sets online almost always hit their low points some time before the release of the next Draft format. With the onset of the two-set block structure with Battle for Zendikar, the norm has been for a set’s value to hit bottom before the release of the next set. Yes, even though a large set continues to be drafted, it seems that the demand for redemption outpaces the amount of product still being opened. Let’s take a look at the past few years of MTGO’s history and take note of some definitive trends. 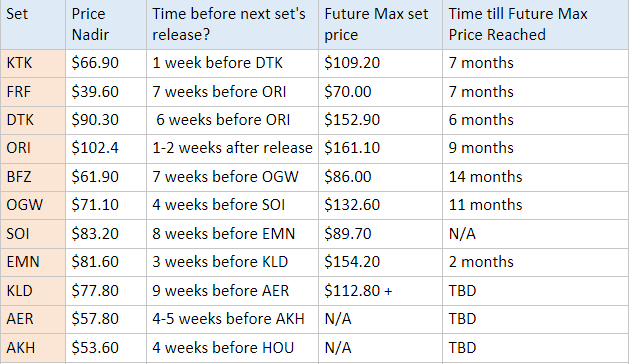 I want to call attention to two things this data is telling us.

Second, the value of a set usually really does go up a lot (the one exception being Shadows over Innistrad, which never saw a meaningful price recovery). From Khans of Tarkir to Eldritch Moon, the average value of a set ended up being only 64 percent of what it would be later on! That means that, on average, a set’s value will increase by 56 percent. The value of a set of Kaladesh has already risen by 45 percent, and it is continuing to climb.

There is a rhythmic cycle to MTGO finance that we can use to our advantage. It seems clear that we have reached that point with Amonkhet sometime between June 2 and June 11. If folks choose to draft more Amonkhet this week as a consequence of the increased prize support from MTGO's 15th Anniversay, Amonkhet prices might drop a tad more and bottom up this week instead.

Whether Amonkhet behaves more like Kaladesh (gradual increase in value throughout Aether Revolt Limited) or more like Battle for Zendikar (no real movement during Oath of the Gatewatch Limited) remains to be seen. But what the data shows is that the value of Amonkhet as a whole is highly highly unlikely to decrease any further, and moderately likely to show small increases over the coming one or two months. What this means is that now is the time to think about making your medium- and long-term investments in Amonkhet cards, speculations based more around intrinsic power level than on any aspect of the current Standard metagame.

Speculating on cards at this time in a set's life cycle has been very beneficial for me. Here are the entirety of my speculations on cards from Kaladesh:

Sadly, there is nothing in Amonkhet that appears as manifestly undervalued as the fastlands from Kaladesh. This is compounded by the fact that Amonkhet appears to be a weaker set.  This is further compounded by the fact that there are a lot of sets in Standard right now, so Amonkhet is getting a bit suffocated by having to share room in Standard with sets reaching as far back as Battle for Zendikar.

As a consequence to all these factors, it may be possible that the window within which to invest most fruitfully in Amonkhet cards will be wider than normal, possibly extending all the way until the September rotation. I have made just five speculations thus far, and all have been modest (see below. I think I jumped the gun a bit on Sweltering Suns. I'd be much happier buying in closer to $1.00). My recommendation is to be pickier about your bankroll for your Amonkhet speculations, but know that history says that you should strongly consider making your Amonkhet investments now. 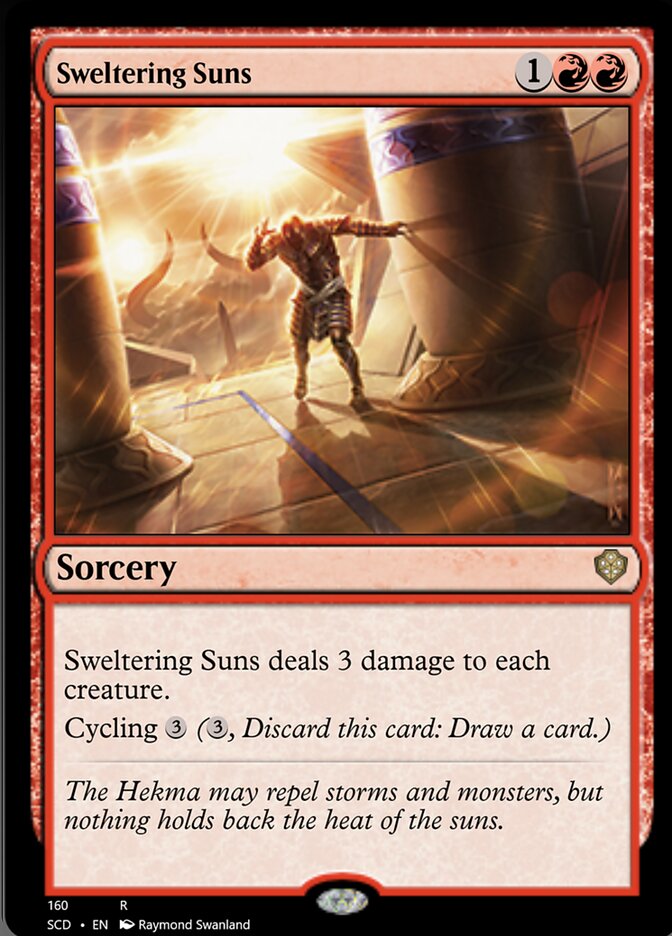 As you can see, the bulk of my speculations from Kaladesh came on Christmas Eve and Christmas Day (highlighted in yellow), which was during the life cycle of Kaladesh where we are today with Amonkhet. I felt at the time that all of those cards were being criminally undervalued by the market.  I share this part of my portfolio with y’all today because it highlights how undervalued some cards often are at this point in a set’s life cycle. Now is a time traditionally ripe for judging intrinsic value of cards and identify systemic undervaluing. 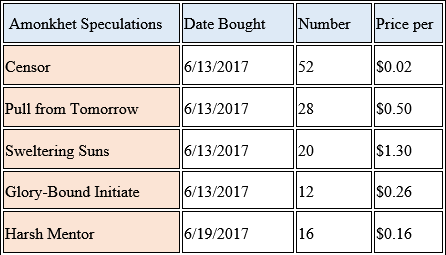 More so than anything else, my intention in writing this article is to empower you to make your own buying and investment decisions. If you are trying to identify when to buy Amonkhet cards for competitive Standard play, then now is definitely a good time! If you are looking to invest or speculate, then now is usually the time that is most fertile for speculation if you wish to maximize the growth potential of your investments.

As part of my signoff each week, I think it would be fun to share with you a new card I have designed. I am a part of the card design community on MTGSalvation, so I make several cards each month. I figure a nice visual reward is in order for reading all the way to the end of my articles!  And so I give you Veldt Raptor: 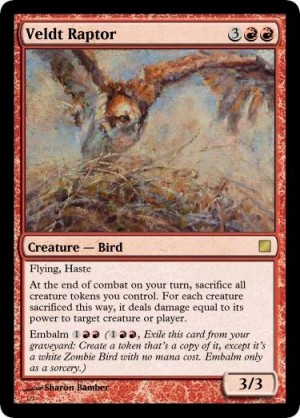 As always, I hope this article proves useful to you, I look forward to reading the comments below, and I will do my best to answer any questions you may have. Next week, I will update you on any Amonkhet investments I've made and will give some recommendations of other Amonkhet cards to keep your eyes on going forward.

2 thoughts on “Insider: The Time to Invest in Amonkhet on MTGO Has Begun!”