Hey, everybody! I'm back again with some more video content with Modern Nexus! There have been many Modern events of late, and as such I've been testing with a lot of decks that I intend to play in those events, tuning them to the best of my ability. Considering the meta at the moment, that basically means I've been playing each and every different variant of Death's Shadow. 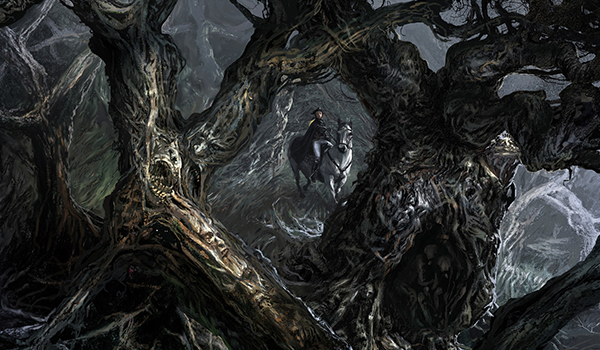 The deck for today's Modern league is my current front-runner out of those different lists. I've enjoyed my time with Jund Death's Shadow quite a bit and I feel like it is still the most powerful and consistent out of the options. For this league (and for the current foreseeable future) I've opted to splash white instead of the more common blue splash for Stubborn Denial. While Denial is certainly powerful (see Grixis Shadow), white gives impactful options for grinding such as Lingering Souls and Ranger of Eos. On top of that, you get some potentially game-ending sideboard bullets in Kataki, War's Wage and Eidolon of Rhetoric. After these videos were recorded, I continued to test and explore the different variants of Shadow (Grixis, 4-Color, Sultai, Jund) during the week leading up to SCG Charlotte, but Jund splashing white remained my favorite.

As such, this is the exact list I brought to the Modern Open. Unfortunately I missed Day 2 at 6-3. Preparing for the Modern Classic on Sunday, I swapped a Liliana, the Last Hope for an additional Liliana of the Veil, and a Surgical Extraction for a Nihil Spellbomb, both in an attempt to improve my Grixis Shadow match-up. I took that slightly updated list to a 4th place finish at the Classic. I intend to continue tuning the list, likely in a similar direction.

As I said last time, I'm interested to hear what kind of content you'd like to see moving forward, so I can continue to evolve and improve my videos. Please let me know your thoughts, and any improvements you would like to see concerning formatting, presentation, or whatever else strikes your fancy. And if you'd like to see similar content, check out my Twitch channel for some more live Modern!

2 Liliana, the Last Hope
1 Liliana of the Veil