Hey, everyone! I'm back with another video series, this time with Amulet Bloom. Amulet has been an absolute blast to play for me this past week and I haven't wanted to put it down, so here we are. I've been playing a lot of UW Control previous to this, and while I will still likely take UW to any competitive event I may find myself attending, the power and consistency of Amulet has greatly impressed me. 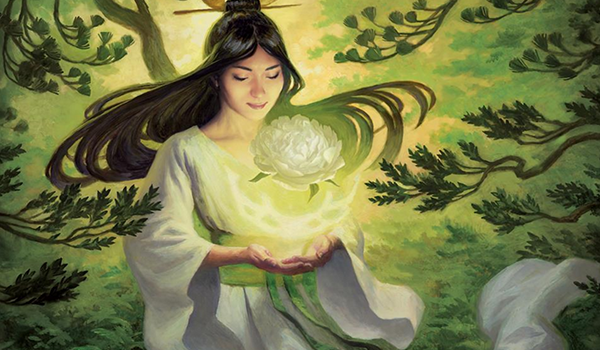 Amulet is fast, powerful, and resilient. For the uninitiated, Amulet is a combo deck trying to cast Primeval Titan as quickly as possible. Often, Titan appears on turn three, and while unlikely, there is the potential for a turn-two Titan. The deck largely accomplishes this by abusing the power of its namesake card, Amulet of Vigor, in combination with the bounce lands from Ravnica, such as Simic Growth Chamber.

More than anything else, this deck is fun. The sheer number of lines available to you on every turn is astounding, and you will find yourself constantly tutoring your deck for multiple cards. This deck plays quite differently from every other deck in the format; its angle of attack is unique, and its means to that end even more so. I cannot recommend picking this deck up enough if you are interested in it; it will be well worth your time.

On top of that, the deck has performed better than I had hoped. It was much more resilient to discard than I would have thought, and its sideboard plan of removing the Amulets to become a fair ramp deck is really powerful. If memory serves, I believe I am approximately 39-20 with the deck this past week—nothing to write home about, but certainly respectable. Frankly, I am certain that win-loss ratio would be much better had I played better over the week. I've learned a ton from playing the deck, and have ten tons more to learn. Overall, I've been impressed with the list and will likely continue to play it when presented with the opportunity, largely because of how much of a blast it is.

Enough about how much I enjoy the deck, let's hop into those games! As I said last time, I'm interested to hear what kind of content you'd like to see moving forward, so I can continue to evolve and improve my videos. Please let me know your thoughts, and any improvements you would like to see concerning formatting, presentation, or whatever else strikes your fancy. If you'd like to see similar content, check out my Twitch channel for some more live Modern!