Hey, everyone! I recently got back from the highly anticipated SCG Season One Invitational in Roanoke. While the namesake event did not go well for me with my usual weapon of choice (Jund Shadow), my choice for the Open performed much better. Today I'll discuss what led me to try my hand at UW Control at the Open, before running the deck through a league on MTGO. 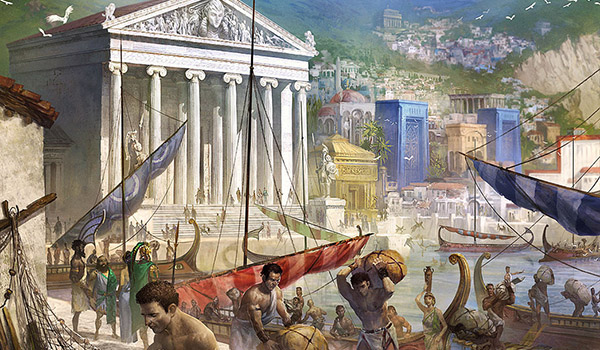 The night previous to the Open I contemplated many deck choices for the event that I thought might be a fun departure from my typical Shadow list. I considered Krark-CIan Ironworks, Eldrazi Tron, Storm, Abzan, and everything in between. After some thought, and with my friend's Eldrazi Tron deck in my backpack, I slept soundly thinking I would be registering it as my 75 the next morning. When I woke up however, I had a quite sudden change of heart—I hadn't seriously considered it much previously, but UW Control sounded like a blast. I have always enjoyed playing control decks and it had been a while since I had the pleasure of doing so. In addition, UW has a good matchup against the ever-popular Grixis Death's Shadow deck, which helped solidify my decision. I quickly threw the deck together, trusting the list's specifics to a long-time advocate of UW, MTGO user bennyhillz. I used his list card-for-card, with no deviations.

The deck performed far better than I had hoped. This particular list was amazingly smooth, and had much more game in a large variety of matchups, not just the expected few. At the end of the first day I was 8-1, having lost only two games to Dredge in Round 7. While I was disappointed to miss a "perfect" day by such a close margin, I was still quite pleased with the deck and the results up to that point, especially considering that I had played against eight different decks in those nine rounds. The second day of the tournament started similarly strong but ended in some disappointment as I lost my final two rounds, both of which were win-and-ins to the Top 8. Instead, I ended up on 12th place.

Overall, I was incredibly impressed with the list (if that wasn't clear already) and I fully intend to continue playing it as I move forward. As such, it is the perfect choice for today's league! I don't yet want to change a single card from the list (again, full credit to bennyhillz), as I think the current list is very well tuned. Many people are playing with a single copy of Glimmer of Genius . While I don't currently have a desire to swap any card for it, Glimmer is definitely on my radar, and something to continue thinking about.

Enough about the past weekend, let's hop into those games! As I said last time, I'm interested to hear what kind of content you'd like to see moving forward, so I can continue to evolve and improve my videos. Please let me know your thoughts, and any improvements you would like to see concerning formatting, presentation, or whatever else strikes your fancy. If you'd like to see similar content, check out my Twitch channel for some more live Modern!

1 Gideon Jura
2 Gideon of the Trials
2 Jace, Architect of Thought