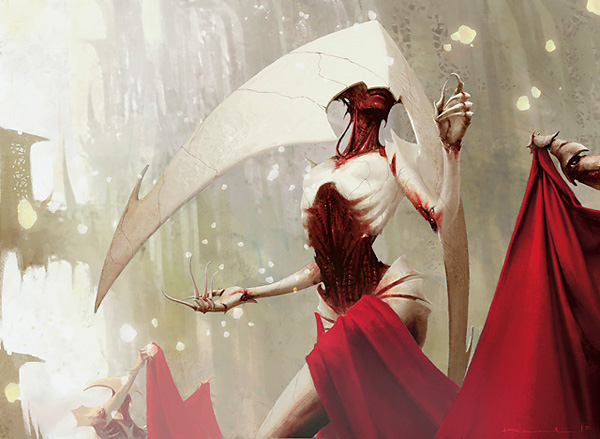 If you don't choose to buylist cards you have a number of different options to get the "most for your cards." Sometimes it's efficient to sell on aggregate sites like TCGplayer, MKM, and eBay. Sometimes you have something odd or highly desirable and would rather sell on social media.

Whatever the case is, there are a lot of things I see people do that actively thwart their own ability to sell their cards. This week I want to talk about the biggest problems I see regularly.

The first and biggest issue I see is grading. The first step in any attempt to sell cards is to make sure you know exactly what you have. Make sure you cards are sorted accurately and you know what their grade is. The best advice I can offer you is to grade once and then write it on a sleeve and put the card inside. I've had issues personally where I've graded a large group of cards and then forgot which ones were the played ones.

Make sure you also know what set they're from. Players covet some sets over others and they can look very similar despite not being the same. The biggest problem I see is when sellers try to figure out what set an older card is from. 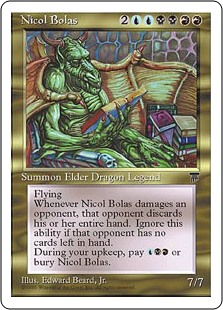 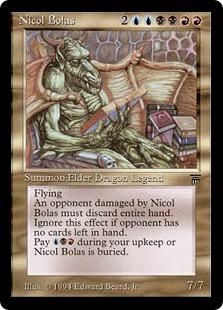 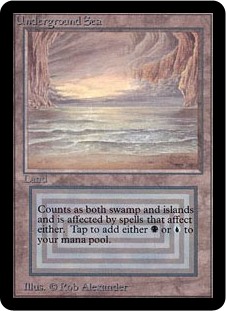 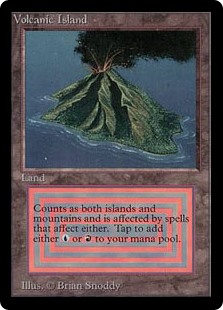 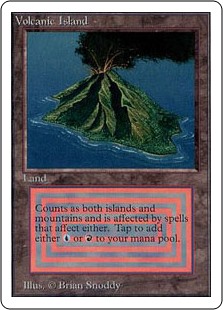 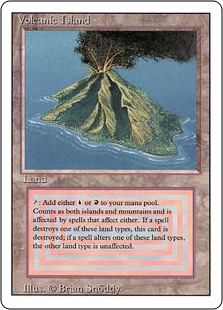 All of these are also from different sets. Do you know which ones are which? Make sure you do before you start listing anything. These cards are (from left to right) Alpha, Beta, Unlimited, and Revised duals.

You may be wondering why I didn't use an Alpha Volcanic Island. That was to demonstrate a point about making sure you know what you're selling. There are no Alpha Volcanic Islands. That card was accidentally left off the Alpha sheet (along with Circle of Protection: Black) so there is no possibility you could own one. If you have one that looks like it's from Alpha (due to rounded corners) then you need to check if it's fake or purposely cut that way (and thus damaged).

Another thing to pay attention to: when selling foreign cards, make sure you know what language they're in. It's not terribly difficult to get Spanish and Portuguese cards mixed up if you don't speak either language. Similarly, Simplified Chinese and Traditional Chinese look very similar but are not the same to the players that value that language.

The most common factor that prevents people from successfully selling cards is pricing. In my experience, a lot of players don't need to buy your cards. A lot of them are just impulse-buying when they perceive to have found something at a good price. If you're selling on TCGplayer, eBay, or MKM, you can easily figure out what the cheapest copy of a card is and list yours for a lower price.

I would strongly recommend this, but make sure it's only by a tiny amount. The reality of online buying is that if your card is cheaper it will show up closest to the top of the list. If it's $0.01 less or $1.00 less it doesn't matter. If someone wants the cheapest copy they will buy yours. What that ends up meaning is that if you undercut the next seller by more than $0.01 you're almost certainly costing yourself money. Due to fees and shipping you want to try to avoid that to maximize your profit.

Sometimes it's also important to realize that after fees you may actually be losing money compared to buylisting. Make sure you do the math on your pricing and use Trader Tools to quickly figure out if it's better to just buylist. Ultimately your time is worth something, and listing something for maybe $0.10 more is probably not worth it.

If you choose to sell on social media (usually through a Facebook group), make sure your price is competitive to other items available, and also make sure it's less than what you can buy it from on aggregate sites. If a card is $20 on TCGplayer you can afford to entice someone by selling it for $18 because after fees you're probably going to lose $2-3 to TCGplayer in fees anyway.

The last piece of this puzzle is selling things that you can't find a price for. What is a foil Russian Polluted Delta worth? Yeah, you can probably find a listing of it somewhere but what is it worth? What will someone pay for it?

Rarities and oddities are the hardest types of things to sell and require the most bartering to get a good deal. At the end of the day you will need to figure out what it's worth to you and settle on a price with a buyer. Ultimately, nobody can tell you what something is worth as it's only worth as much as someone is willing to pay.

While this doesn't apply to every scenario, if you're selling in a place where you can post a picture, it is worth so much. The phrase "a picture is worth a thousand words" is very cliché but also very true. The thing that will get people to stop on your post most often is a good picture of a card. To use a bad fishing analogy, the picture is the bait and the price is the hook. Once you've got them to look at both, all you have to do is reel them in.

There are a ton of things I see people doing frequently that detract from their photos. You don't have to be an awesome photographer, but you can put a little bit of effort in to get a good result. I try to follow these guidelines:

Take a photo of only the cards you're selling. This seems like a pretty clear thing to do but there can be a lot of randomly distracting things in your picture that take away from the product you're trying to sell. My suggestion would to be to line up the cards you wish to sell on a clean surface like a table. Remove anything that isn't part of the sale from the picture. This includes, but is not limited, to dice, tokens, decks, binders, etc.

Take a picture as close to the cards as possible. If people can't identify what you're selling then they're not going to be interested in the product you have available. If you're trying to sell a judge foil Elesh Norn, Grand Cenobite, take a close up so people know it's not in English. If it's foil, make sure to remove sleeves and let it shine. You want to make sure someone quickly scrolling past your post has a reason to stop. Tiny pictures of white cards that you're not sure are even Elesh Norn is not a good way to get noticed.

Make sure you can read the cards. The biggest offender here is glare. If you're taking a picture, make sure the light source is behind you. You don't need an expensive Canon SLR camera to take a picture that lets people read what's on the card. Make sure to focus and reposition yourself or the cards to avoid glare. Most people have a camera on their phone and this should be sufficient for a readable picture. If you find yourself unable to get a good one, borrow a friend's.

If the condition is questionable, scan it. This applies mostly to older cards but the best way to avoid any conflict in grading is to provide a scan of the card. While it's not always easy to procure one, it is invaluable for some people. The peace of mind knowing exactly how damaged or mint the card is important for getting it sold. I would recommend two pictures for each card you decide to scan (one of the front and one of the back).

Hopefully this advice can be of good use to you. I think I have identified most of the most common pitfalls when selling cards. I have been using these ideas personally to increase my sales success and have made many great customer relationships. If you're a veteran to the sales game and know all this already, is there anything I missed? Please leave your thoughts in the comments below!