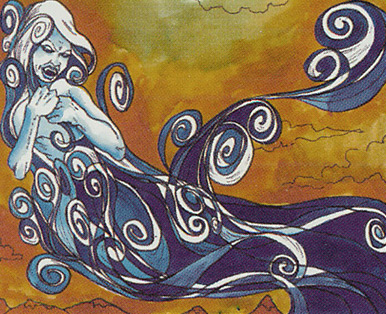 Everybody else may be talking about the Dinosaurs of Ixalan this week, but I want to talk about the actual dinosuars of Magic. I'm all about the Beta, Arabian Nights, and Legends.

A few weeks ago I hinted at really liking some of the fringe Old School cards as investments, after stumbling across a really sweet haul at a Canadian card shop. There I was able to purchase several Old School staples that had spiked at roughly 20% of retail.

The economics of how this happened is fairly straightforward. I was purchasing Old School Alpha and Beta staple cards like White Knight, Black Knight, Sengir Vampire, and Sedge Troll from a store that hadn't repriced their tags on old cards in several months. Those cards have all made significant jumps (doubling or even quadrupling up) in the past six to ten months.

But first things first—I have a little bit of theory to run through before I get to my actual picks. Here goes.

There is sort of a tier system to the old cards. At the top of the heap are what I'd consider to be the Tier 1 of eternal Constructed cards.

There are obviously more, but you get the idea. These are cards that are obviously great in Constructed Magic, and among the most powerful cards ever printed. They are expensive because they are a double threat of being the best cards ever printed and residing on on the Reserved List. They hit every level of supply and demand. Everybody wants them and they are scarce.

The second tier of Old School cards are the ones that are sort of iconic and played in actual Old School Magic:

These are cards that you'd know, and some of them are a lot more expensive than you might expect!

These cards ruled the board in the olden days of Magic, and once again have a role in the Old School format. The Reserved List applies in most cases, and when it doesn't, it simply doesn't matter. WotC can print a million Shivan Dragons but they'll never be Beta ones. 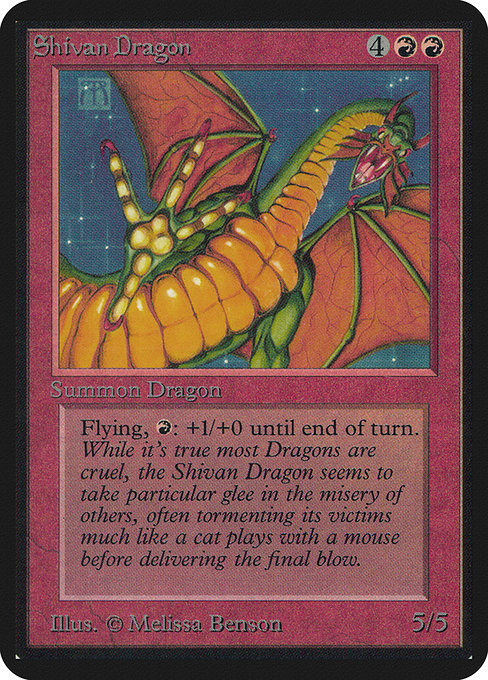 Note that I didn't put Juzám or Shivan into my tier one because they don't fit the qualification of seeing actual constructed play. However, as you can clearly see, the iconic nostalgic quality can push cards into the stratosphere in terms of retail price.

Here is my basic theory. These tiers constitute a kind of "breakpoint" between cards that determines their possible range of value. The price of tier-one cards (even commons and uncommons like Lightning Bolt or Counterspell) is pretty much guaranteed to go over $100, and all the way into the "choose your own adventure" price range. The tier-two cards start around the $50 range and can max out around $1000 (more for Alpha).

Looking at how this breaks down for Beta cards, we notice a pretty large jump up from bulk to the first tier.

How is there not a more consistent third category between bulk ($5) and Old School-playable ($75)? I'm interested in thinking about what this next level might look like, and investing into it before it spikes.

If you look at the first two tiers, it is obvious that tier one spiked first. Old copies of constructed cards quickly separated themselves from the pack.

The next big spike came with the innovation of Old School Magic as a format. Old School Magic created a demand for a chunk of cards that were considered unplayable until that point. It is also worth noting that the current financial climate of Magic has helped foster the growth of the second tier of cards. Modern and Eternal Masters make investing in anything off the Reserved List a risky proposition.

Old cards at least have the nostalgia and collectibility aspect in their favor. Even though Karakas has been reprinted, people still like the Legends version, which helps it maintain a premium. It's worth noting the reason Karakas was so expensive to begin with was card availability. There is a medium common ground where old cards (despite reprints) will always maintain a premium. 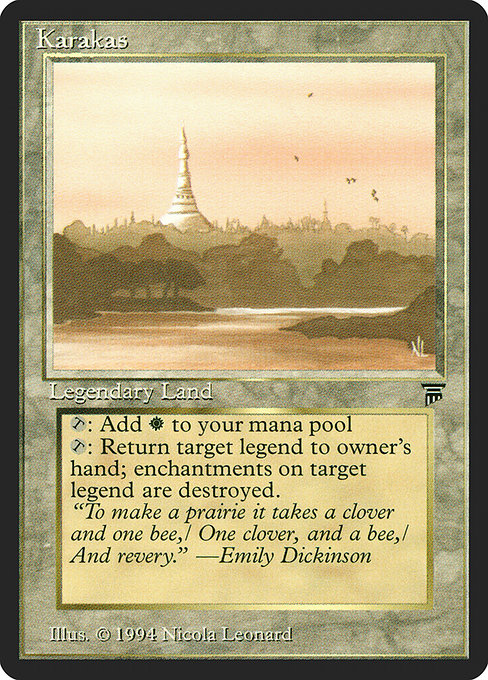 The gap between the original and reprint Karakas is smaller than I would have guessed. Over time, I predict that we'll see the Eternal Masters version decrease in price while the Legends version will continue to rebound and grow.

In the coming week, I'll be publishing an article about my Old School Battle Box that I've been working on for the past few weeks. For those of you familiar with Battle Box, it's a big stack that only contains cards from Beta, Arabian Nights, Legends, Antiquities, The Dark, Fallen Empires, Ice Age, and Homelands.

I decided to go with Fallen Empires to Homelands because I felt the stack was a little short on playables without them, but I'm sure some purists will take the stack in a purely 1995 direction.

If you don't know about Battle Box yet, I encourage you to look it up. I invented the format back in 2011, and Doug Linn published the first primer on the format right here on QS.

The creation of a new format tends to create demand in cards that were previously considered unplayable and irrelevant. My thesis here is that if Old School Battle Box or Old School Cube catch on in the imagination of some part of the community, it will create demand for cards that didn't exist before. This could create separation between the bulk dregs and a third tier of Old School cards.

Thus my third tier consists of cards that are great in Old School Limited formats like Battle Box but not quite good enough to be Old School staples. This makes a lot of sense when you consider that the gap between a Beta Lance and a Beta Black Knight is so tremendous.

Here are some of my picks for cards that are actively awesome and fun in Old School Battle Box, but don't currently have a large home in Old School Constructed. 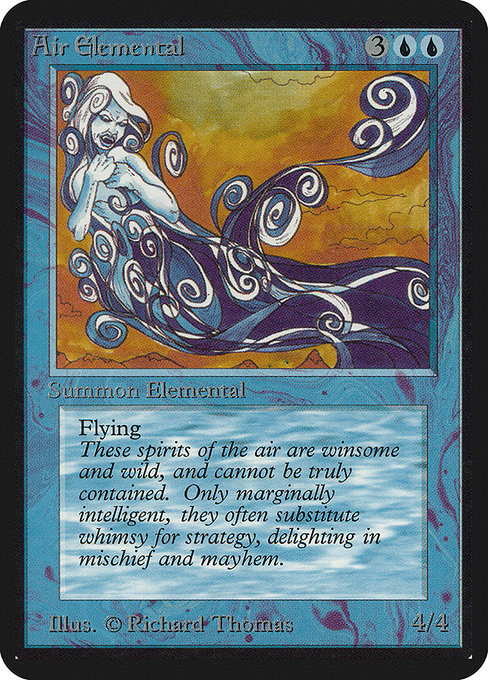 Air Elemental is the perfect card to demonstrate the space I'm looking for. It is outclassed by Serra in Old School Constructed but is a really good card in the Battle Box. It has iconic art. It is clearly a better and more iconic card than the baseline, although its current price tag doesn't reflect it. 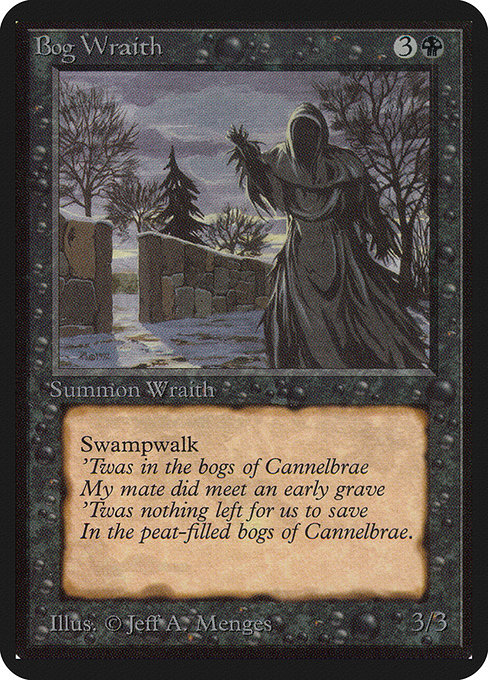 Another card that is great and iconic. It was even on one of the rule books! It is actively great in the Battle Box and better than an unplayable bulk card.

Starting to get the idea of what I'm looking for here? Old Magic cards that could be played somewhere but haven't changed in price, despite the huge gains of the higher-tier Old School cards. 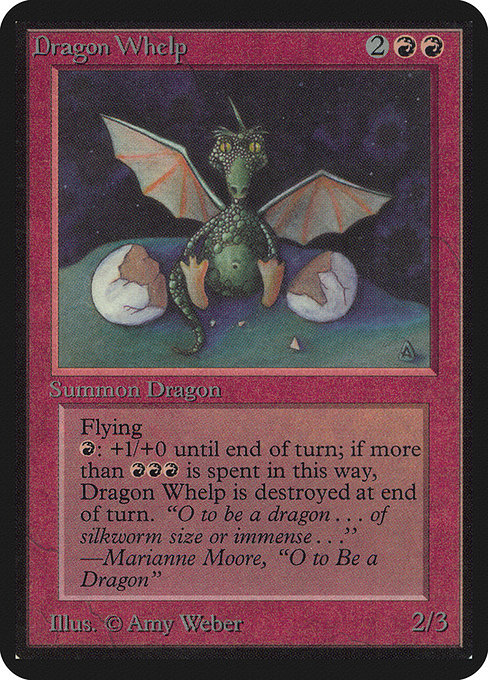 It's hard not to fall in love with this card. The art is brilliant and the flavor amazing. It's a beautiful card that happens to really shine in the Battle Box. 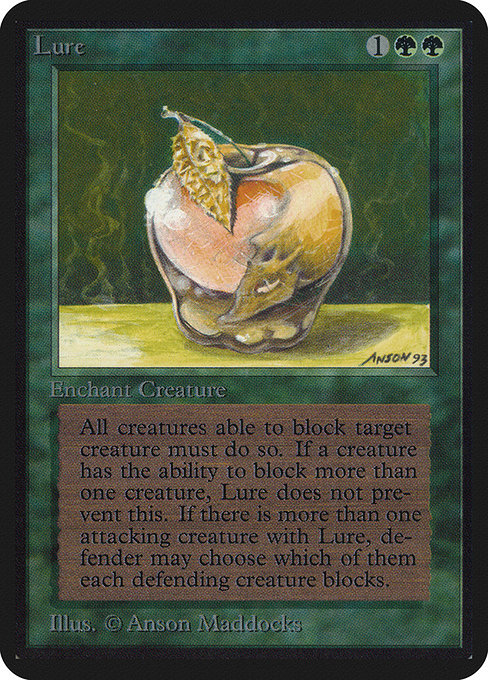 Lure is a mainstay in my Battle Box. It is one of the most impactful combat-related tricks in the stack and a must-play in the format. It is also such an iconic card. I mean, who hasn't Lured up a Thicket Basilisk?

There are other Old School Beta uncommons but I think this is enough to give you the gist of what I'm talking about. Cards that haven't separated themselves from the baseline despite clearly being better and more iconic Magic cards than the rest of the pack.

Let's look at a couple of Beta rares. 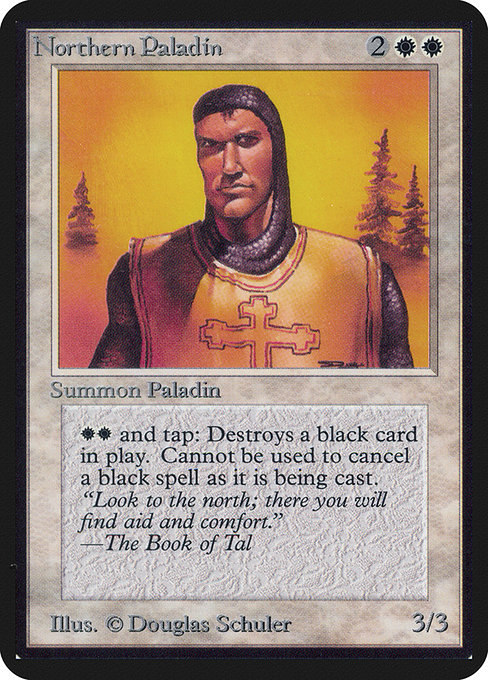 Northern Paladin is at the baseline of cheapest Beta rares but it is actually a pretty powerful Magic card by Old School standards. I'd expect this one to gravitate to the space in the middle between baseline and Tier 2. 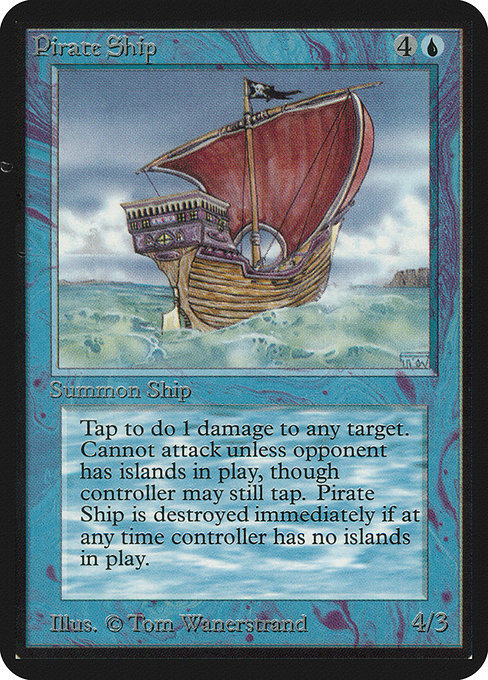 Another card that sits as a baseline card that is more interesting, flavorful, and cool than the rest. It's a bomb in Old School Battle Box and a beautiful card. I'd expect this one to have room to grow. 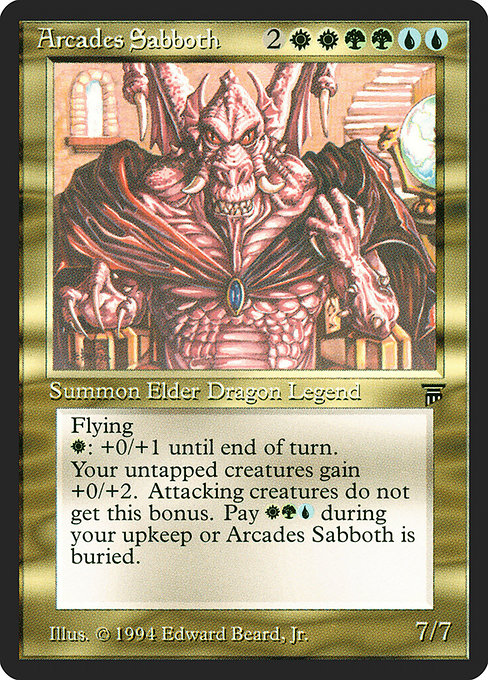 Although the Elder Dragons are not on the Reserved List they are amazing in Battle Box and beautiful, iconic Magic cards. It's true you can get a Chronicles version for a buck, but who'd want one when the Legends ones pop so hard?

I was surprised by how cheap these were and was happy to snap off all the Legends Elder Dragons. I think these have a lot of room to grow for iconic and playability reasons. 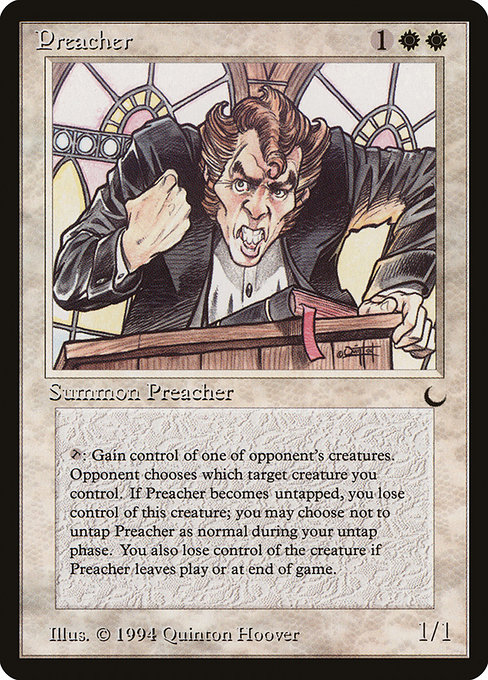 Another all-time iconic card. The Preacher is not to be messed with and it has flavor to spare. It's a house in the Battle Box and is a card that has room to grow, despite being from The Dark. 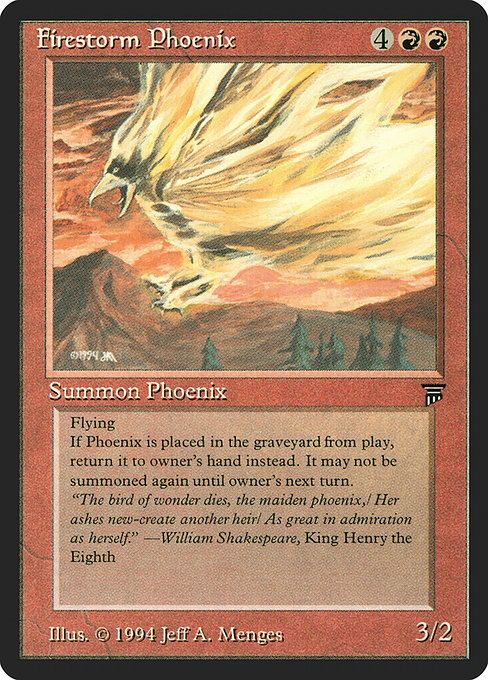 Reserved List and cheap. The card is actively great in the Battle Box as a threat that won't go away. These are precisely the kinds of finds that I believe have room to create a new tiered price point.

1. Master of the Hunt

Master of the Hunt 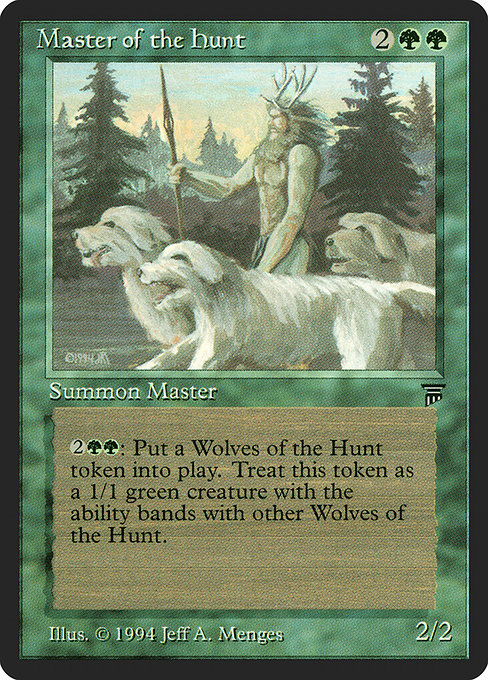 Everything I said about Phoenix applies here. It's a cool card. It's a fun card. It's a flavorful card. And, it's an iconic card. It's on the Reserved List and is totally playable in a niche Old School format like Battle Box.

I'll also admit that finding all of the Old School Cards for my Battle Box really got me into the idea of collecting the Old School cards so I have them to play with in the future. I could see battling Old School Battle Box with my family and friends as something I'd do 30 years from now in the future. The original game is so good and so fun that it would probably still be fresh and worthwhile all those years from now.

However, in the here and now it might be a really good time to jump on some of these cards while there is still time. My guess is that a third tiered price point is coming, and it makes a lot of sense to try and get ahead of it.

One thought on “Insider: Tiers of Value in Old School Magic”