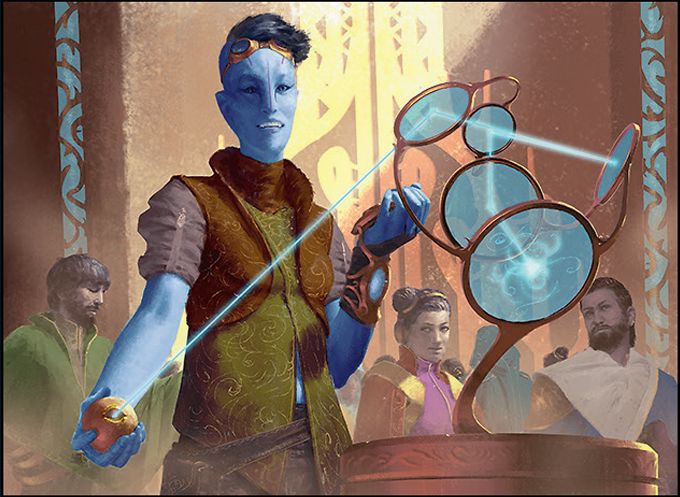 Last weekend I teamed up with a couple of my buds and drove across the country to compete in the Team Grand Prix in Providence. Our pool was pretty shallow and we dove headfirst into an unfortunate mediocre 4-4 finish. We had a blast, we just didn't win too much. Mad props to fellow QS writer Adam Yurchick for being an awesome teammate to spend the weekend chilling with!

As disappointing as driving halfway across the country to finish 4-4 in an event that I put a lot of preparation into is, it wasn't the most disappointing or unfortunate aspect of my weekend. I had some extremely unfortunate experiences with onsite buyers that were extremely irritating.

I've sold a lot of cards in my life. I've also been a booth buyer many, many times. I have a pretty good idea of how things go down and what to expect. However, I was pretty surprised by some of my experiences in Providence.

I've been writing a lot about Old School cards and how I think they are a great investment at the moment. On top of that, I'm actively trying to get the last cards for my Old School Battle Box. My plan was to bring a bunch of my extra stuff to the Grand Prix and trade it toward some of the cards that I wanted.

Traditionally, I've always had pretty good luck with trading for cards in the dealer hall and found the experience to be fairly easy and straightforward. However, this time around things didn't go quite as flawlessly as usual.

Grand Prix Providence had fewer dealers than I would have expected. In addition, I wasn't particularly familiar with some of the booth brands. Typically, there are certain vendors that I preference selling to because I feel comfortable that I'll be treated fairly and respectfully.

Anyways, I rolled the dice with some new buyers and was extremely underwhelmed. Here are a few of the things I noticed that I thought were extremely uncool, and how I'd urge others to try and avoid these situations in the future.

There were eight vendors on site and I dealt with all of them over the course of the weekend. Of the eight dealers, three of them actively made offers on cards for less than their posted prices. Some dealers did it multiple times! Are you kidding me!?

So, I'm sitting there with their buylist on the table and they are making offers on cards that are just less than what is posted on their buylist. Also, it is early Friday of the event—not like they were out of cash or already had ample opportunity to buy infinite copies. In fact, there were a few times where the card in question was on their "Most Wanted" wipeboard, so I'm certain these were cards they actively wanted.

It's very frustrating to be offered $6 on a card that is on the buylist for $9, for a couple of reasons. The first reason is obvious: it is less money than they should offer.

Secondly, it completely breaks down the trust that is necessary to make a deal. If I can't trust the buyer to make fair offers on my cards, why should I even bother dealing with this person? Why wouldn't I just move along to another buyer?

That is exactly what I did. I politely pointed out the price discrepancy, and that I no longer trusted or felt comfortable making a deal, and packed up my cards to end the transaction. I also asked to speak with the person in charge of the booth and told them about the experience and who the buyer was.

I don't know if this experience is commonplace or not. It doesn't happen with the buyers I usually sell to (and I would certainly never run that nonsense as a buyer) but I found it to be extremely frustrating.

I don't like being a "tattletale" or whatever, but no matter what the reason, I feel like it should be brought to the attention of the vendor manager. It could very well be the case that that behavior is encouraged. But if the buyer is just going rogue, the manger should know that behavior cost them a buy.

I don't know exactly why this was the case but it was. I had about 500 bulk rares to sell and had a very difficult time moving them.

The standard going rate has traditionally been $0.10 per bulk rare. I understand that perhaps dealers don't have a ton of room to transport bulk rares. I'm not complaining about people who don't want to buy them for that purpose—I'm bringing it up for another reason.

One thing I noticed was that dealers were buying bulk rares but that they didn't want to pay ten cents. So, instead they were offering between seven and eight cents a card. I was told that another dealer had released over five million bulk rares into circulation over the last few weeks and that people just were not buying.

I wanted to share that fact. Could the ten-cents-per-card standard be about to drop based on an overabundance of bulk rares in circulation? I don't know but it is interesting.

I also had a few dealers say they would look through my bulk rares and pick ones they would take for ten cents. Ha, ha. Yeah, right...

I did find a dealer to buy my bulk rares toward the end of my trip. I guess they changed their mind about only wanting to pay seven cents.

Another trend that I noticed among some of the buyers was that they acted like they were not particularly interested in buying my cards. Do you know the routine? The buyer goes through your entire binder and is like, "There's nothing in there I really need but I guess I'll make some offers on some stuff..." Ho-hum.

Maybe it's true. Maybe all of my cards suck. Or... Maybe the buyer just wants me to think my cards all suck so he can offer less money and I'll think I'm getting a great deal on my terrible cards. I'm certain it's the latter, considering I had thousands of cards, all of which would be on most buylists.

Maybe it's just good salesmanship for scamming newbies, but it's seriously annoying, deceitful, and disrespectful. My advice to anybody who finds themselves in this position is to move along and find a buyer who is actually interested in what you have to sell.

I'm not trying to call out anybody in particular but I wanted to shine a light on a few of these things.

For one thing, I don't typically have experiences like this when I sell cards. As I've noted, I typically deal with vendors that I know and trust. It's a lot different when you don't know the people you're dealing with. That's why building a good, solid rapport with the people you deal with is so important.

Secondly, I wanted to write about this stuff because if there are readers who are just getting into the wheeling and dealing side of Magic and have less experience dealing with vendors, I wanted them to know that this stuff shouldn't be tolerated and isn't normal.

If you find yourself dealing with somebody who is treating you unfairly or rudely, get up and walk away. That goes for trades and basically everything else in life as well. Find somebody who will treat you fairly and be straightforward with you. Buying cards is a great way to earn some extra cash or trade for some exciting new cards, so don't let difficult buyers make it hard or bad for you.