Pauper is basically the hottest thing going on in Magic over the past few weeks. The format has risen from relative obscurity to steal the spotlight. It's crazy. The popularity is real to the point that my local game store cannot keep staple singles in stock!

How did this happen? Well, it's been a marriage of grassroots and the social media hype machine. A perfect storm of loyal fan support and other people looking in and saying, "That looks cool and I'd like to try it!" It also doesn't hurt that the format is relatively cheap to buy into. It's one of the obvious advantages of being mono-commons.

I also have to give Standard some credit for helping fan the flames of Pauper. We saw a similar phenomenon last year when Frontier saw a surge in play. People want to play games of Magic that are fun and when Standard gets a little stanky the people have demonstrated that they'll get their kicks elsewhere.

There are some major differences between Frontier and Pauper that lead me to believe that Pauper is here to stay. Obviously, Frontier kind of flamed out. Compared to Frontier, Pauper has some serious advantages. First of all, as an escape from Standard format, Pauper has a bigger gap than Frontier. Whereas Frontier is kind of like "double Standard," Pauper is indistinguishable from anything we've ever seen before. Also, did I mention it is super cheap to buy decks?

Pauper is less like a Standard variant and more like an eternal format. The card pool goes back to the beginning. Despite only using commons, the format is extremely large and complex. Pauper also has its own dynamic and feel that separates it from anything else.

The cards are powerful but there are limits to the goodness. The format lacks absurd bombs that are typically printed at rare or mythic rare. There are no Titans, Jittes, or Emrakuls that can end a game all on their own. Think about the kinds of cards that tend to be printed at common. The commons tend to be the basic ingredients of playing Magic whereas the more rare cards tend to be the flashy icing on the cake.

The actual play experience has more back and forth because of the card pool. There are very few cards that you can play where if your opponent doesn't have a kill spell on the spot the game is just over. Hero of Bladehold. I get to untap with it? Yeah, game's over.

Okay, so the point of the article today isn't just to sing the praises of Pauper. The "singing of the praises" actually functions to illustrate why I believe Pauper has staying power. I think it is an inherently good format that people will continue to want to play in the future. I also think the fact that people can build and change decks easily (because the cost isn't prohibitive) is a huge boon that will bode well for the survival of the format.

Also, let's not forget that Channel Fireball has been lending some support to the format by offering side events at Grand Prix. Did you know that the random Pauper event at Grand Prix Indianapolis got hundreds of players? It was a three-round Pauper side event that got 200 players. That is insane.

I got the idea for this article because of local interest in Pauper at my LGS. I mentioned that the store has been having a terrible time trying to keep the singles in stock for the local players. It is true that the singles don't tend to be terribly expensive, but readily accessible is another story...

Another interesting thing to consider is that the staple singles in Pauper are very different from any other format. I've been spending a lot of time trying to learn all of the random Pauper cards. Part of the issue for me, and for stores, is that many of the cards have never been good before!

When I'm picking through bulk, I'll typically save anything that has ever been good anywhere before. I've been playing from the beginning so it's pretty easy for me to know whether the card has been playable. Pauper is like reinventing the wheel, because there are so many cards that are only good in Pauper. 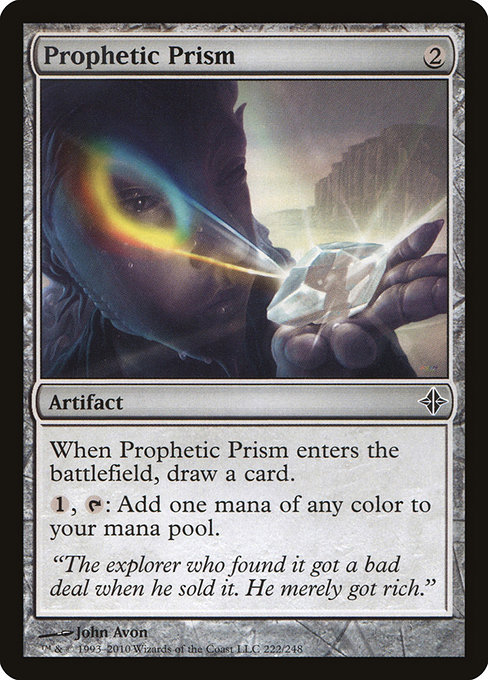 We've sold through several hundred copies of this card in the past six months. It's crazy. It's also not something that I would typically pick or save. It's a real challenge if you are working in a retail setting to stay on top of all the random cards.

The one big highlight about the endless randomness of Pauper singles is that they can be had cheaply, if you know where to look!

One of the big problems with trying to stock these cards is that nobody has them to trade in because they are not cards that have ever been good before. Essentially, much of Pauper is just a bunch of bulk from the past. Which means one of the best places to look for these cards is, literally, in the bulk!

I've started looking to buy more bulk in search of these staples. It is so strange to go through bulk and be happy to find Artful Dodge and Goblin Cohort. A month ago I would have sent these cards down the river, but these days there is a line of people waiting to buy them! 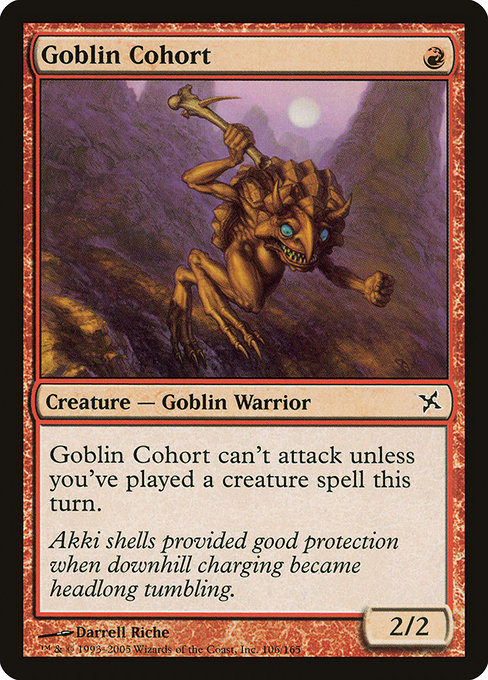 The meat of today's article is the hint that buying random bulk to pick for Pauper cards might be a genius move—especially if you can get your hands on bulk that goes back a little ways into the past. The early Modern blocks, Mirrodin, Kamigawa, Ravnica, Time Spiral, Lorwyn, and Shards are really packed with Pauper staples. More importantly, these staples are not things that people would likely have picked out before the Pauper boom. The key is that most bulk will still have these cards intact.

I'm actually a little bit annoyed. I have roughly 50,000 bulk commons and uncommons at my home that I picked clean over the past year, and now I'm tempted to go back through it. Does it ever end?

Bulk is always great value if you don't mind picking through it. One man's trash is another's treasure, but treasure is always treasure. There is always something that get's missed.

I had an absolutely insane bulk collection come in last week from a guy who bought bulk from somebody on Craig's List. It was a huge collection that had been picked "a while back," but not recently for Pauper. So, there was no insane hotness... Aether Vial, Serum Visions, Mishra's Bauble, Devoted Druid, etc. But it was chock full of all the stuff we keep selling out of. Obviously, stay safe if you go to Craig's List, but it's another option to consider when 'bulking up' on Pauper staples.

Last Pauper thought of the day: I think it is really smart to be looking at Pauper foils right now. One of the big draws to the format is that it is cheap, but people still like to bling out their decks and are willing to pay big money to do so. Even if the cards are all commons, that doesn't mean that common foils are cheap. I mean, have you ever heard of foil Brainstorm? 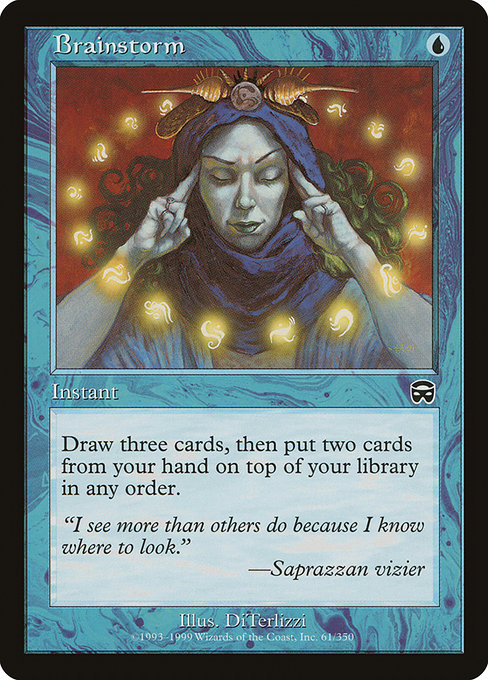 One of the major places I'm looking to grind value are on Pauper foils. It's pretty easy to do. Just look at decklists and target foils from sets that haven't been in Standard for five years. It's a great place to search for value. Look for cards that are played and cheap because they likely won't be for too much longer.

Pauper is real. Time to make a move before the dust settles!