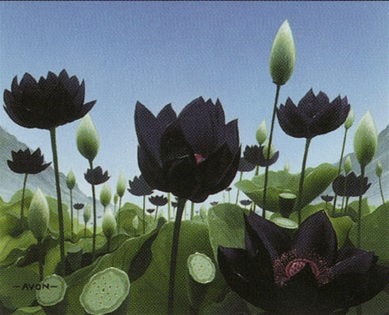 Welcome back, readers! I owe today's article idea to Mr. George Tudor. We often talk about the best buylist prices per store, but when you're going through a large amount of cards looking up each one, it can take a considerable amount of time if they are all different. So the question is, do any particular stores pay more for any particular competitive or casual format?

With an answer to this question, you could sort by format first. Sure, this requires knowledge of said formats and the cards played in them, but is still much faster than typing everything up in one list. And this way, you know that you're most likely getting the best price on cards if they fall into said format.

This information would also be extremely handy if you've got an ogre'd box at a GP. If you know which stores pay best on which formats, you can start at the places that will be most interested in the cards you're carrying. When you're dealing with potentially 15 or 20 merchants in a day, knowing in advance who is likely to pay the most can save you a ton of time.

For the reasons above, we're going to look into this very question today: do certain stores pay better for cards from particular formats? 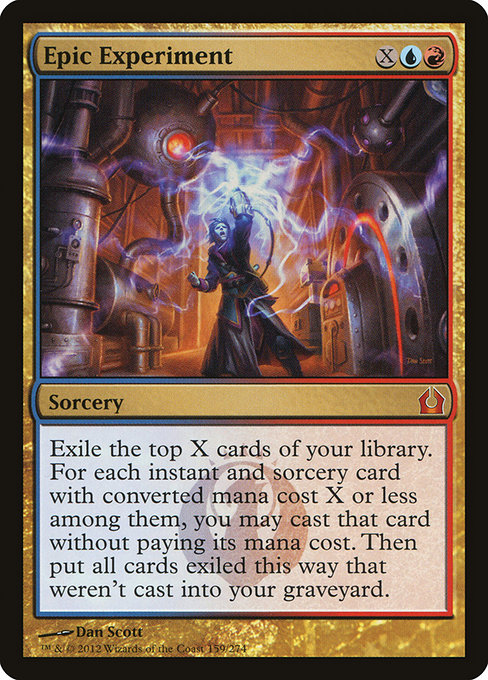 We want to make sure we conduct this like a proper experiment. So the first thing we'll want to do is gather a list of format staples. I'm going to use MTG Goldfish for this, as their information is current, available, and easy to read. Next, we'll get a group of the major stores that have large buylists and compare each one's price per staple and how far off it is from the "top price." Finally, we'll average the percentages and see which one pays closest to top dollar per format.

Obviously, there is potential for a store to have recently stocked up on a bunch of staples of a given format and thus lowered their buylist prices, but we don't have access to full inventories, so we will have to hope none fall into this category. It may be that examining this data multiple times at different points in the year will refine our results – a topic that we will perhaps discuss later!

While there are more stores on Trader Tools, I've had the most personal success selling to these stores:

Here's a list of commonly played Standard cards and their buy prices:

So the number we care most about is the bottom "average percent" which shows how close a vendor is to the top buy price. The clear winner here is Card Kingdom, and the worst-paying on Standard cards is Channel Fireball. The empty cells had no buy price options (it was odd that CFB didn't have any of the new Rivals of Ixalan cards available to buylist at the time of me writing this on 1/27). So the takeaway is that if you have a bunch of Standard cards you want to unload but you don't want to take the time or effort to finding the best buy price for every card, your best bet is to take them to Card Kingdom.

Next up, I went through the same process for Modern. I will note that I think there was a typo on Adventures On's buylist for the Lorwyn Cryptic Command (they have it at $4, whereas, the Modern Masters versions are both $14). However, until it's fixed I'll keep it into the equation.

Again, we have Card Kingdom at the top of the pile, though Channel Fireball and ABU Games aren't too far behind when it comes to Modern staples. So depending on your options and time constraints, each of the three would likely yield similar results. In fact, the buylist prices for the first 4 stores are all relatively close (when you compare the percentage differences). Adventures On appears to be the one lagging behind. I'm not sure if they simply don't update their buylist often, are currently overleveraged in Modern staples, or have some other reason for such low buylist prices compared to their competition.

For the Legacy buylists we see a the smallest "spread" yet between buylist percents. This is likely due to the relative stableness of the format and the fact that most stores feel pretty comfortable buying Legacy cards. Again we see Adventure's On lagging behind the others (and it is important to note that that percentage is averaged from the cards they do buy..so they are not dinged for cards they aren't buying).

Here we have another company dethrone Card Kingdom when it comes to Legacy cards. It appears that ABU Games leads the pack in Legacy buylist prices, although by a very thin margin. It is interesting to note how most of the stores are within 15 percent of each other (ignoring Adventures On), which implies that the buylist prices are relatively stable.

What's interesting is how far off Cool Stuff, Inc. and Adventures On are in comparison. Based on these numbers, chances are if you take them a lot of Commander cards, you will be losing out on a lot of potential profits.Yet again, Card Kingdom tops the list (if you haven't been counting, they pay best on three of four formats so far).

These numbers honestly surprised me, as Commander has proven a beloved format, and it's one that often brings in players that may not have frequented stores much five years ago, so one would expect stores to aggressively keep the staples in stock. Now, it is fair to point out that there are definitely some cards on this list that have a decent shot at being reprinted in the next Masters set, and especially given how eight of the cards on the list are uncommons and three are common, they would likely take a significant hit if reprinted.

Lastly we have the new hotness, Pauper.

It's honestly quite surprising that Channel Fireball's Pauper buylist prices are so poor, given their decision to host Pauper events at GPs has caused the surge in demand and prices. It is possible that they had planned on doing this for a while and simply stocked up before announcing it (which would have been a very wise financial decision).This one is interesting. It's possible that some stores simply haven't adjusted their buylists to support the Pauper format just yet (or perhaps they don't want to), but the difference between average buylist percents is the largest of any format reviewed. Though it is important to note that the store that caused this huge spread (Adventures On) wasn't buying much Pauper stuff at all, and they weren't paying much for the cards they were buying, which does imply that they aren't really wanting to invest in the format at this time (which is their prerogative).

For everything that isn't a Legacy staple, it seems that Card Kingdom is your best option, as they lead the pack in almost every format when it comes to buylist prices. 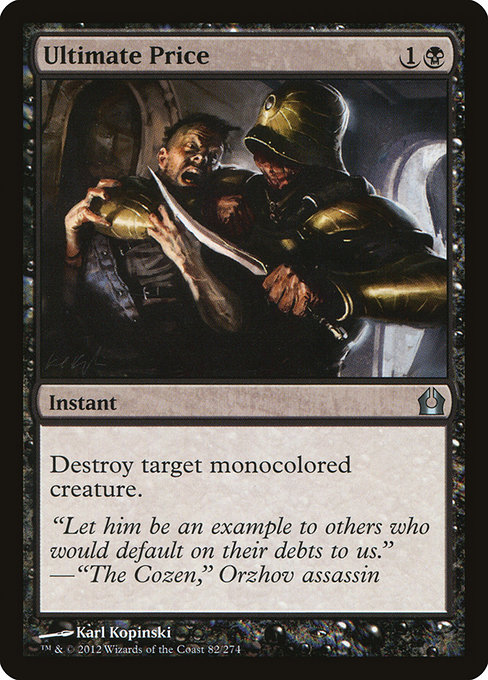 As I stated in the beginning, these are all stores I've sold cards to before at GPs, so I knew they were all willing to pay competitive prices on cards (and quite often my ogre'd boxes are heavily influenced by Card Kingdom's prices, so many of them have matched those prices when buying).

There was definitely one store that was almost dead last in every category, so I personally would think twice before sending them a big batch of cards that I hadn't compared elsewhere ahead of time. However, my experiences in the past have been good, so I would still sell them any cards that they had the highest buylist price on (like Sun Titan, Cabal Therapy or Champion of Wits).

I feel like this was a good approach to take on this subject, and I'm confident that the data trends are fairly accurate (obviously if you're focus was on one format, you would take a much larger card pool and likely a larger vendor pool). However, different times of year, vendor stocks and other factors may lead to adjustments over time. That said, I feel that the results are accurate enough that one could feel fairly confident handing certain stores a large stack of staples from a given format, knowing that you were likely getting close to maximum profits.

Questions? Comments? You know what to do.

One thought on “Insider: Store Buylists by Format”