Thanks to Wizards' bombshell unban announcement, Modern is on the cusp of a great age of experimentation. Established and rogue archetypes alike will be examining their 75s in efforts to either combat or incorporate the format's latest newcomers, and I fully expect some new archetypes to appear in the wake of these powerful additions to the card pool. As any prospective deckbuilder knows, the first thing one must do after crafting a new list is to test it, which brings some questions with it. How long should I test before I trust my results? How do I know whether the cards I am testing are helping me win? Having done my fair share of testing and tweaking over the years, I'd like to open a discussion on this topic. 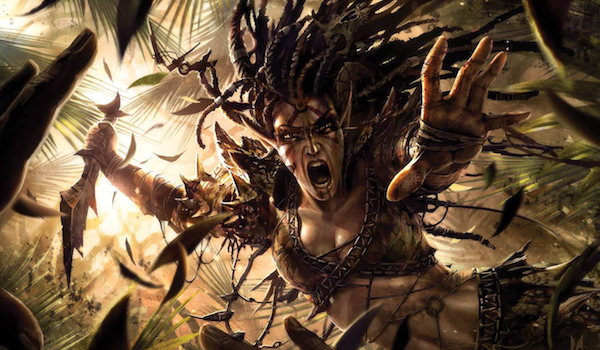 This article will offer some general thoughts on the deck testing process. These include setting guidelines by which to determine the length of the testing period, how to evaluate your results, and how to decide when your data is applicable.

As David has shown in his exhaustive testing of a variety of banned (and formerly banned) cards in Modern, it's rather difficult to collect enough matches of Magic for a deck comparison analysis to stand up to the results of a student's t-test at high confidence intervals, thanks to the often-minute differences an individual card makes in a deck's winrate along with the inherent variance of the game. This means that most experimentation that falls short of that threshold will involve some qualitative aspects. Chief among these is deciding how much data is good enough to be considered a reasonable sample.

Deciding what to define as a reasonable sample can seem somewhat arbitrary at first; after all, what is the real difference between two datasets if running a statistical test on both results in the acceptance of the null hypothesis? My definition of a reasonable sample is one that approximates a statistically valid sample while still being practical for the tester to achieve. This obviously varies with the particulars of the tester, but in the interest of providing a guideline, I would be somewhat skeptical of any conclusions made regarding a card's effectiveness that are backed by a sample of fewer than 75 individual matches, and I would prefer the number to be 100 or greater.

Given the advent of Magic Online as well as several other online platforms which enable easy access to testing, I believe that these sample sizes are relatively accessible, and they result in more stringently collected data. I would also err in favor of a larger sample for a relatively new or previously untested deck, as opposed to a small tweak in an established list. Say you're stoked for the return of Bloodbraid Elf and Jace, the Mind Sculptor, and want to test out a Temur Moon list that jams them both, like this one:

The rationale behind this 75 is to craft a deck that is well-suited to win the midrange mirror thanks to its ability to generate card advantage, while still holding up against aggro or big mana with removal and land disruption, respectively. Following the guidelines mentioned above, I would look to get 100 matches in before making any major changes to the list.

After deciding on a deck to test and a trial period, there are a few things to keep in mind.

How to Move Forward

After collecting a reasonable sample and deciding on a standard of success, it's time to peruse the data and figure out how testing went. Some major questions and follow-ups to ask:

I have used this method several times to evaluate changes made for my decks, and I have been satisfied at the thoroughness of my conclusions, and the improvement they have resulted in. Additionally, I honestly haven't found them to be overly time-consuming, which is an important factor when considering that I have a finite amount of time to dedicate to the game. If you have any comments on this testing method or a method of your own that you'd like to share, feel free to drop me a line in the comments.