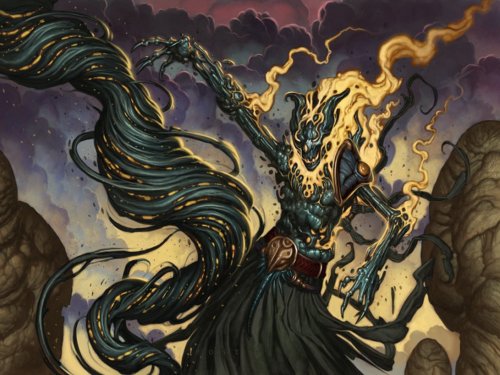 It has been two weeks since Jace, the Mind Sculptor and Bloodbraid Elf were unbanned. Wizards also changed how they post online decklists in a way that we can no longer rely on the decklists posted to predict the metagame. We need to be involved in the game in order to know what's up.

Last week I suggested investing in BW Tokens components in Modern. The deck did perform pretty well (although no decklists were posted online). Let's have a quick review of those cards:

Fifth Dawn's Auriok Champion was 4.09 tickets last week and shows signs of increasing in price slowly. If you bought this card last week, I suggest holding on to your playsets and waiting for a better sell price.

Bitterblossom was 11.87 tickets in the screenshot I provided last week and it has increased by around 2 tickets.

The reason is very simple: decks that plays Jace and Bloodbraid are slow midrange decks that are good in the mid to late game, and Bitterblossom provides an incremental advantage that can easily be great against slow strategies. Furthermore, as I mentioned previous week, these Faerie tokens are a good way to beat midrange/control decks because those decks rely on spot removal to deal with threats.

Gideon increased by only a little from 5.88 tickets. However I've seen some black-white and blue-white decks playing Gideon, Ally of Zendikar in their 75 and it makes their deck pretty hard to beat. Here's an example posted online: 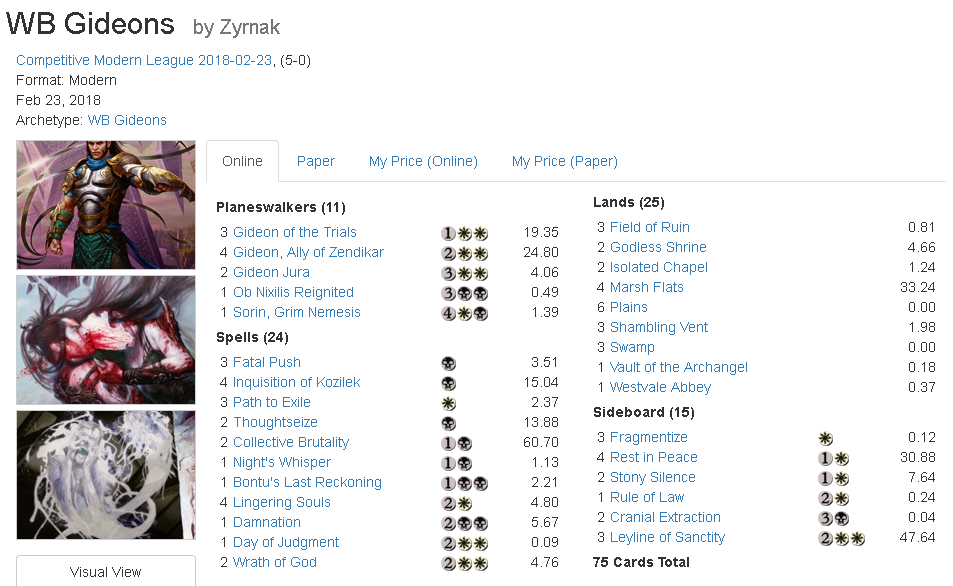 Lingering Souls is one of the best uncommons ever printed. It is heavily played in midrange decks like BW Tokens and Abzan to create card advantage. Non-white midrange decks will often splash the color just to include this card in their deck as a mirror-breaker.

This card was 0.68 tickets last week, up by about 0.50 tickets. This seems a bit more like cyclical type of trend, so you can probably keep your eyes on Lingering Souls in the future if you are looking for cyclical trends.

After about two weeks with Jace and Bloodbraid legal, some players think that these cards are not actually that broken in Modern. Personally, I have played some Modern these days and I do feel the same.

While Stoneforge Mystic and Deathrite Shaman are banned in Modern, the decks that plays Jace and Bloodbraid no longer have the early plays that can guarantee a player resolves the four-mana spell while still being in a good position. For example, in order to play a Jace, the player needs to make sure he or she can control the board so that Jace can be safe after it resolves. Otherwise, a four-mana Brainstorm is probably too expensive. On the other hand, Bloodbraid is still not as bad because the cascade trigger can sometimes turn the tide.

So, in accordance with the above finding, we have two options when we pick a deck in Modern right now:

Let's look at this deck: 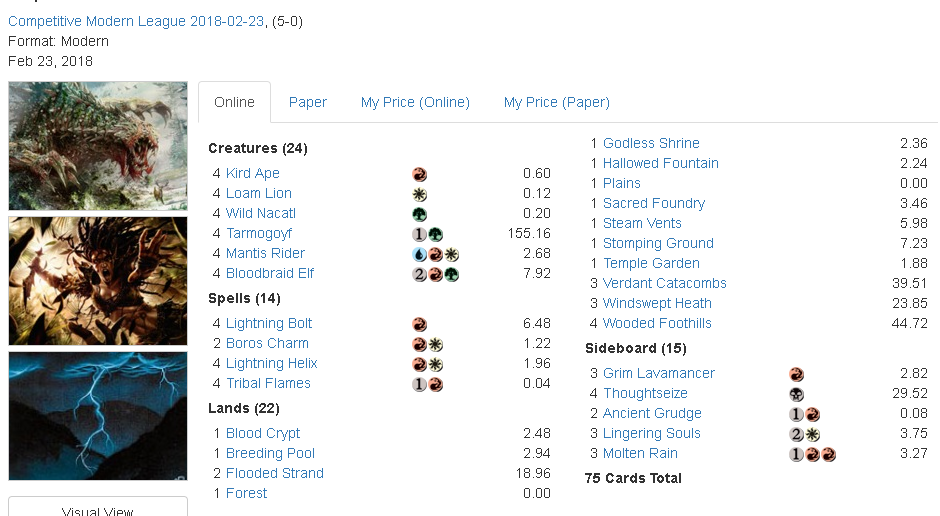 This deck is a Tribal Flames Zoo deck with Bloodbraid. The deck has all the most powerful one-drops like usual—Kird Ape, Loam Lion, and Wild Nacatl. But unlike the old build with lots of two-drops, this version includes Mantis Rider and Bloodbraid Elf.

I think this deck can easily overrun a Jace deck by turn four. Post-sideboard, the deck has Thoughtseize and Lingering Souls against midrange decks. If you already have Jund, this deck is very cheap for you to build. In terms of investment, I would recommend having a look at Mantis Rider and Molten Rain.

Mantis Rider is already part of the 5-Color Humans deck, and now with Bloodbraid fresh off the banlist Tribal Zoo gets a double-boost by including both Bloodbraid and Mantis. If this version of Tribal Zoo gets popularized, I wouldn't be surprised if Mantis Rider increased to 2 tickets per piece. Thus, I suggest buying some playsets for investment.

Molten Rain increased in price recently thanks to the Bloodbraid unban. Players are playing this card online in RG Ponza together with Bloodbraid. In addition the aforementioned Tribal Zoo has this card in the sideboard, which makes gains more likely.

However, if you have more tickets to spare, I've got an even better pick to invest in rather than Molten Rain:

Fulminator Mage is a slightly better option for sideboard slots in Tribal Zoo. This card provides a choice for the player if it's revealed off Bloodbraid's cascade trigger on whether to destroy a land straight away, or to keep it in play to pressure the opponent's life total. Since this deck is a creature deck, I think Fulminator Mage is a good fit.

Bloodbraid Jund is already a thing on MTGO, and most components like Tarmogoyf and Liliana of the Veil have already spiked—but not Fulminator. This three-mana creature is a staple in black-green-based midrange decks, and with Jund getting more and more popular it has good potential to increase in price. Thus, if you can afford the buy-in costs, Fulminator Mage will be a good pick for investment.

After testing Modern directly myself, I think Bloodbraid is a cheap but powerful card in the right shell, while Jace isn't great at most times and is simply overpriced right now. So in conclusion, play Bloodbraid Elf and not Jace, the Mind Sculptor.

One thought on “Insider: Impacts of the Jace and Bloodbraid Unbans”