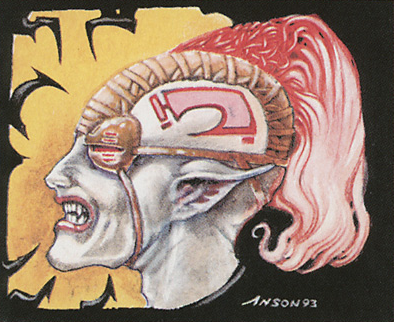 Dominaria is one of the most anticipated sets in Magic’s history, and it seems to have exceeded expectations so far. It comes after some lackluster sets like Masters 25 and Iconic Masters, so those exceeded expectations have reinvigorated players and the market. Today I’ll discuss some cards the set is increasing demand for and identify some metagame trends that could have market implications.

The most important card in Dominaria for Standard is Llanowar Elves, and it dominated online leagues on Wednesday and Thursday after the reprinted cards became legal, but before Dominaria was actually released. It has elevated green to a new level in the metagame and makes all the color's card more appealing. What’s really exciting is that it allows for a Mono-Green deck, which has already put up a 5-0 finish in a league with just Llanowar Elves, and is getting even more great tools in Dominaria. Adding cards like Steel Leaf Champion, Adventurous Impulse and Memorial to Unity may bring the deck to tier-one status, so I’m eyeing its staples. 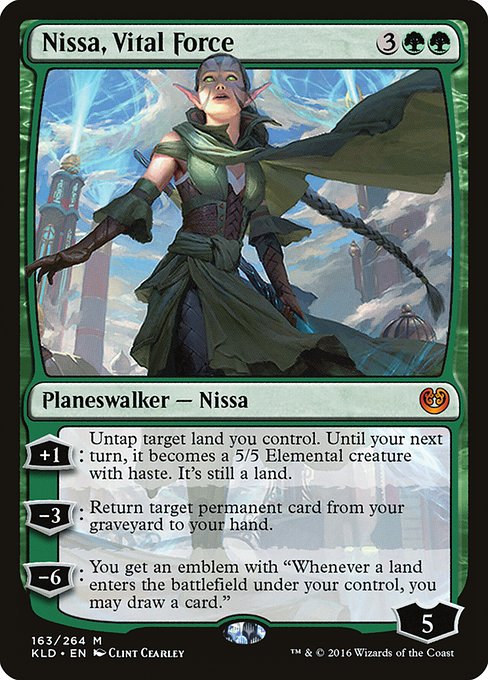 I came across one of the Mono-Green decks when playing Standard online, and it included Nissa, Vital Force. The planeswalker was extremely impressive, crewing Heart of Kiran and dealing haste damage with its 5/5, which was amazing for enabling Ghalta, Primal Hunger. I can see Nissa, Vital Force becoming a role-player in Standard over the next few months, so it looks like a bargain at $3, especially when you consider that over the long term, this planeswalker is likely to appreciate nicely once it leaves Standard, as planeswalkers tend to do.

A key card for the Mono-Green deck, and in other Llanowar Elves decks like Red-Green, is Resilient Khenra, which is better than ever because Llanowar Elves helps pay its eternalize cost. Its price is still under $0.50, but it has been trending up very slowly over the last six months from $0.30, so this sudden increase in play and demand should only accelerate the process and move it towards $1, or even a few dollars like Earthshaker Khenra. 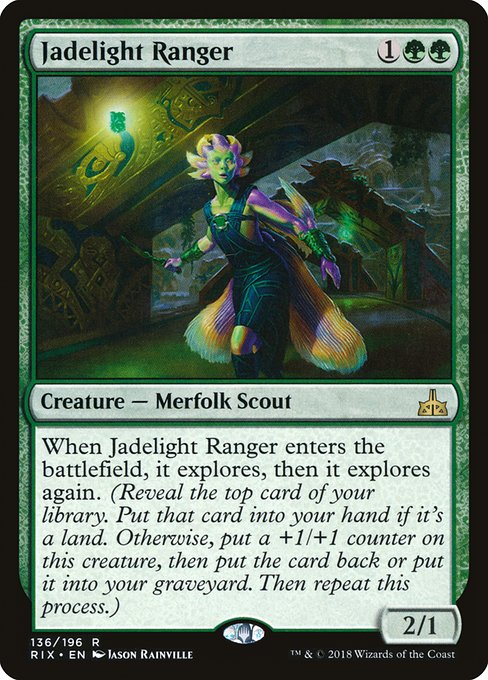 At $10, Jadelight Ranger is already pretty expensive for a rare, but I see the pressure being on it to rise now that Llanowar Elves will increase demand, and now that Dominaria will become the current Limited set and players will stop opening Rivals of Ixalan. 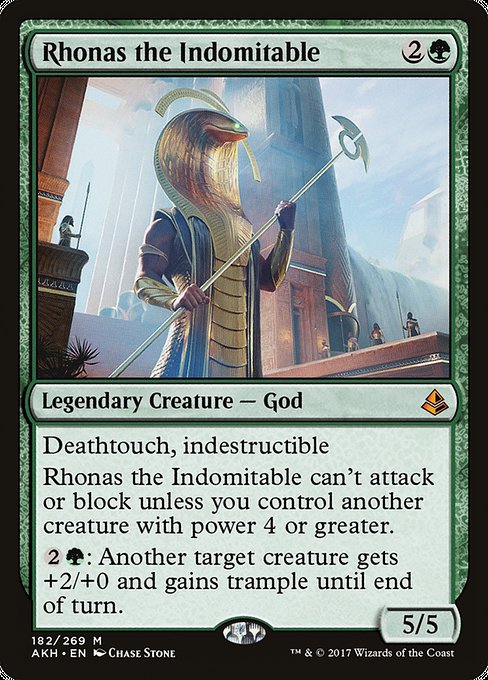 Rhonas the Indomitable is better now that it can be cast on turn two, and Steel Leaf Champion is a very convenient way to enable it, so it’s a big winner from Dominaria. Online, it's up to 4.6 tix from 3.2 a month ago, and this year its paper price has gone from $8 to $10, and I see it continuing to grow. 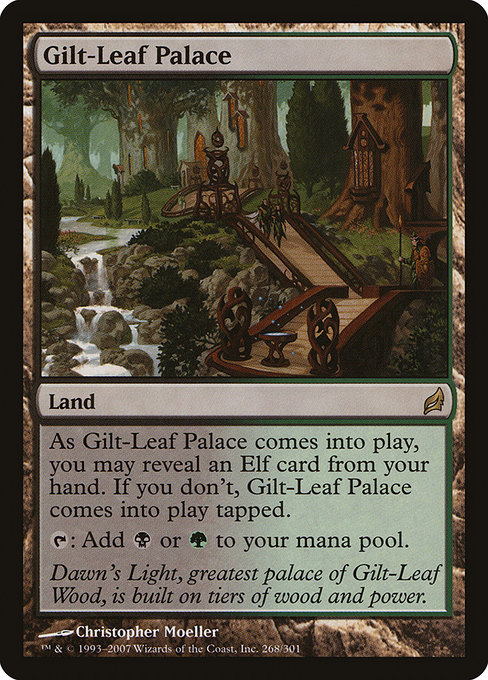 The Magic Online price of Gilt-Leaf Palace has seen big growth this past month, up from around 2 tix to 4, while the paper price sits at $15, where it has been for the past two years. The sudden interest is likely explained by an Elf deck reaching the top eight of Grand Prix Hartford last weekend with a set of Glint-Nest Palace included.

That decklist doesn’t include anything new, but online, the most popular version of the Elf deck includes a set of Bloodbraid Elf, which has given the deck a boost compared to before the card was unbanned. There has been a general uptrend in Elves since the unban, and I think the printing of Llanowar Elves in Dominaria has stirred up nostalgia for the tribe and added some new casual tools like Marwyn, the Nurturer, so everything's coming together to put Elves in the spotlight. That gives me a strong outlook for Glint-Nest Palace, which could see another price spike like it did two years ago, and has me looking into other Elf staples, including Elvish Archdruid, which is also trending upwards online.

The success of Elves also adds to the demand for Cavern of Souls, which has seen its price grow by around 50 percent in 2018, to nearly $90. With the current momentum of Humans in the metagame, and the success of Elves, it’s headed towards $100.

Modern’s Black-Red Hollow One deck has grown from a Magic Online curiosity to what might be the most broken deck in the format. This meteoric rise is most clearly seen in the price of Goblin Lore, which it has brought to the absurd level of $40, making it the most expensive uncommon in Modern. It took a while for the deck to be tuned to the current version that has become so popular, and there have always been different versions. Specifically, green versions that use Vengevine to take advantage of the same looting spells and Hollow One’s ability to be cast for free, a variation of which is now starting to take off online.

The list is loaded with creature that can be cast for free to trigger Vengevine, Walking Ballista, Hangarback Walker, and Endless One, which gives it incredible explosive potential, especially because these creatures will trigger Bridge from Below if they are cast for 0 mana and generate even more battlefield presence.

The deck reached the 4 of the Modern Challenge online last weekend, and I’m paying close attention to the deck to see if it breaks out in more events. It has a few potential spec targets, with Vengevine and Bridge from Below being essential pieces. 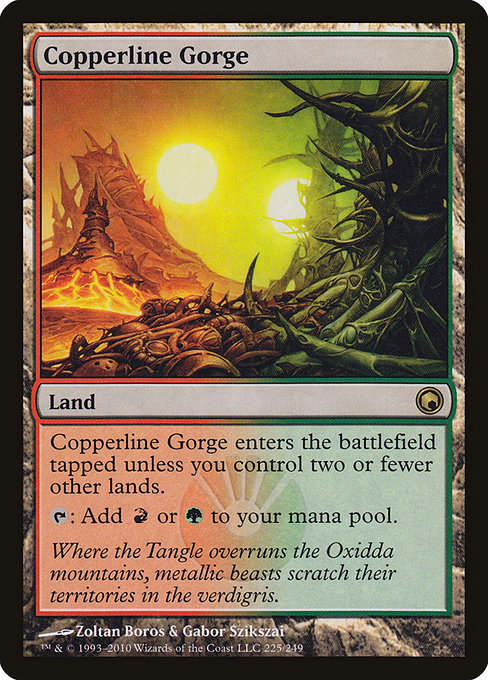 A smart spec may be Copperline Gorge, a staple of the manabase, and is a relative bargain compared to Blackcleave Cliffs and Darkslick Shores, and a surge in demand would lead to a surge in price.

Hangarback Walker has seen huge growth online over the past month, from 1.6 tix to 4.5. Its paper price is stagnant but started to increase over the past couple weeks, and I think it has a ton of long-term potential, between its Modern applications, casual appeal, and even Vintage play, so now might be the time to move in on them. 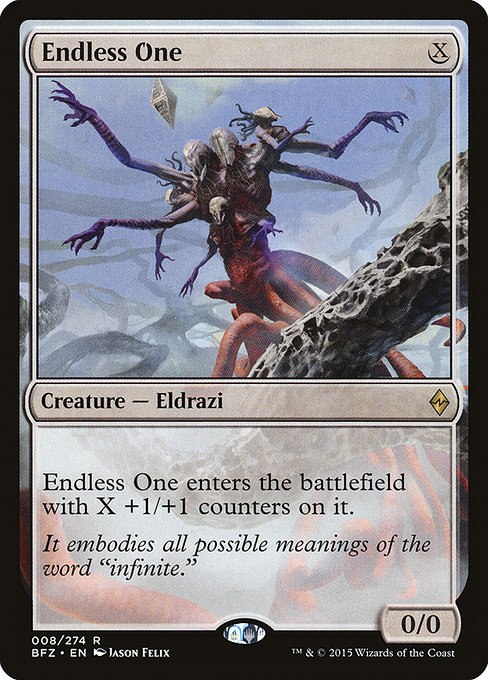 I’m also watching Endless One, which has been growing towards $1 after bottoming out in February, and is appealing because it’s also an Eldrazi staple.

What are you looking at in the wake of Dominaria?