Hollow One has risen to become one of the most played decks in the format. Logan Nettles, Jaberwocki on both MTGO and Twitter, compiled data from the recent MOCS monthly event. He found that Hollow One had a metagame share of 12.7% in that event as well as a win rate of 61.60%—the highest in the event for both categories. Certainly this is only one event, and as such the sample size for this data is quite small in the statistics world. However, the data is not meaningless. At the very least, Modern players should take note: Hollow One is likely here to stay. 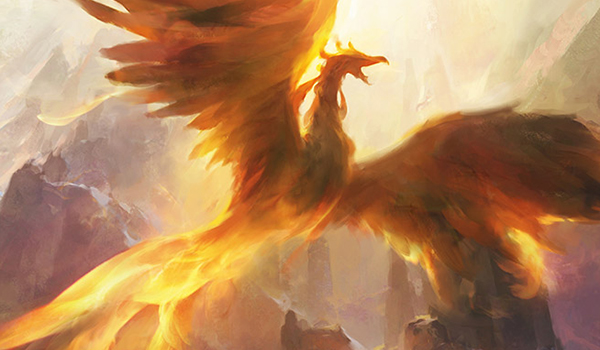 There was a time when—to me at the very least—the deck seemed like a fad. The inconsistent and explosive flavor of the month that would pass as soon as the excitement did. Instead, the lists have only gotten better, and the pilots more familiar and numerous. Meanwhile, the results have reflected it.

The deck has been the subject of a lot of discussion in the community, not just because of its relatively recent inception, but also  because of its random elements. Like all Magic decks, it has its own idiosyncrasies and little nuances that can make it difficult to play in its own right. 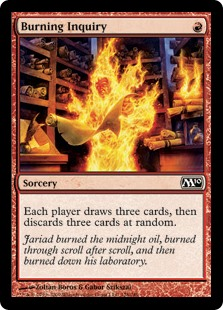 However, cards like Burning Inquiry can certainly be frustrating for both sides of the table at times. Maybe your two-land opener on the draw is now a no-lander? Perhaps now you are flooded? Sometimes it feels like Inquiry solves all your problems, and sometimes it feels like you got triple Thoughtseized. This has led to the archetype receiving a lot of flak from the community as it has risen in popularity.

Love it or hate it, you'll want to keep Hollow One in mind as you prepare for any upcoming events. If you haven't already checked it out, I highly recommend looking into Logan Nettles's data on his Twitter. He did a lot of work to put that together and I think there is a ton of valuable information there; particularly in the era where it seems WotC is giving us less and less info about MTGO results.

Now for some actual games of Magic! Hopefully we can triple Thoughtseize our opponents while we cast four Hollow Ones. I'm sure it will work out that way! I hope you enjoy the matches and, as usual, I'm interested to hear what kind of content you'd like to see moving forward, so I can continue to evolve and improve my videos. Please let me know your thoughts, and any improvements you would like to see concerning formatting, presentation, or whatever else strikes your fancy. If you'd like to see similar content, check out my Twitch channel for some more live Modern!

Hollow One, by Ryland Taliaferro

One thought on “Video Series with Ryland: Hollow One”